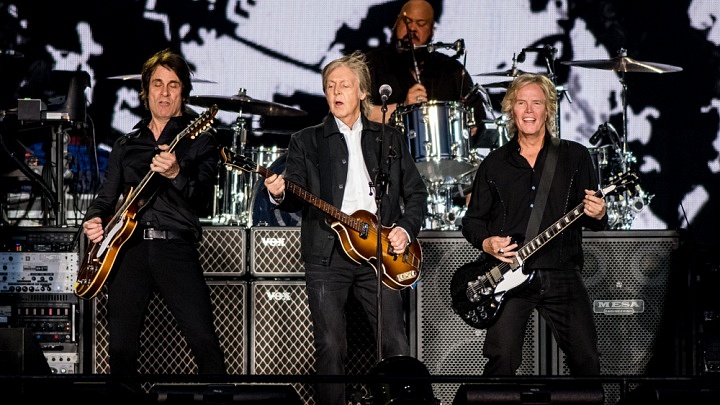 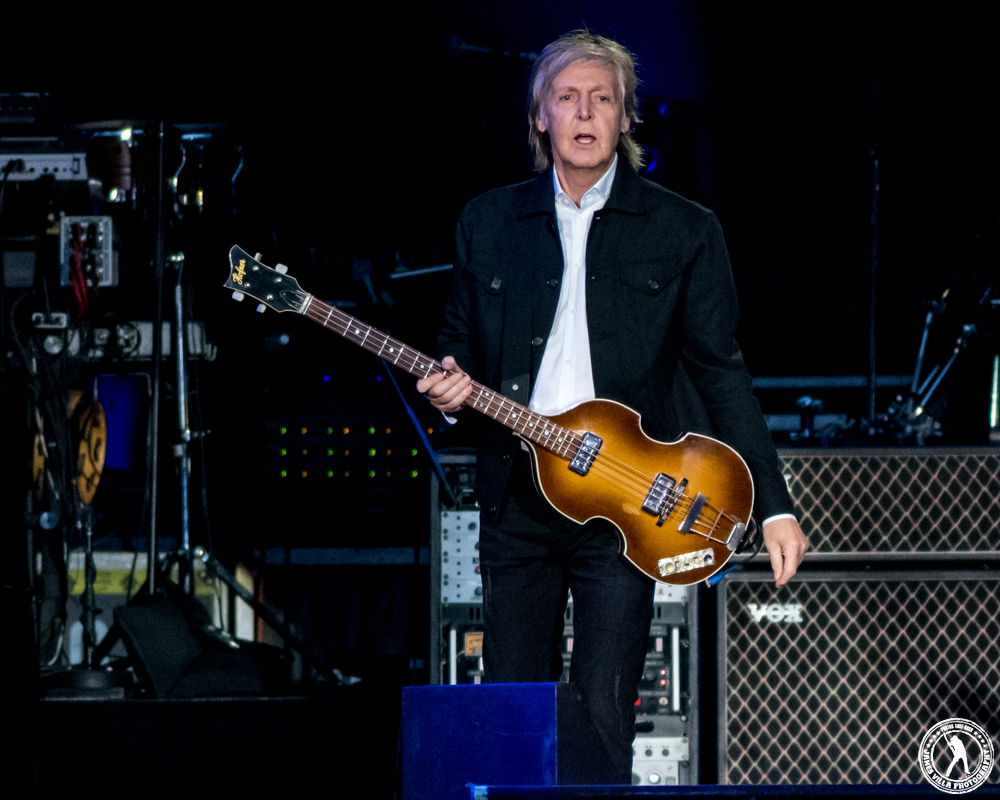 It was a warm 85 degrees on a Friday night in Arlington and Sir Paul McCartney was in town for the evening. As I made my way to Globe Life Park I wasn’t sure what to expect.  I glanced around me and was really surprised by the nice mix of fans, their ages ranging from the early preteens to somewhere close to their early 70’s. It always nice to see a variety of fans gather to see a legend. This was my first opportunity to see you a concert At Globe Life Park, a baseball stadium which is slated to be demolished later this year to make way for the new ballpark across the street.

As we arrived, it was apparent that the 8:00 set time would be pushed back since the word came down that Mr. McCartney himself had asked for the delay until at least 90% of the crowd was in the stadium.  Which in no way seemed to bother those in attendance I myself enjoyed listening to all the other fans reminiscing about all of their favorite songs. As well as discussing all their previous opportunities to see McCartney live, I can easily say that there was plenty of love to go around this evening.

Once Paul joined his band on stage, the crowd could see that they were in for a treat.  His vibrance and energy making his way onto the stage was enough to get the crowd on their feet.  What they didn’t know is that Paul would touch every aspect of his historic discography.  From the early Beatles, Wings, and to his more recent solo album “Egypt Station”.  There was a little bit of everything for anyone from the seasoned veteran to the newest fans alike. 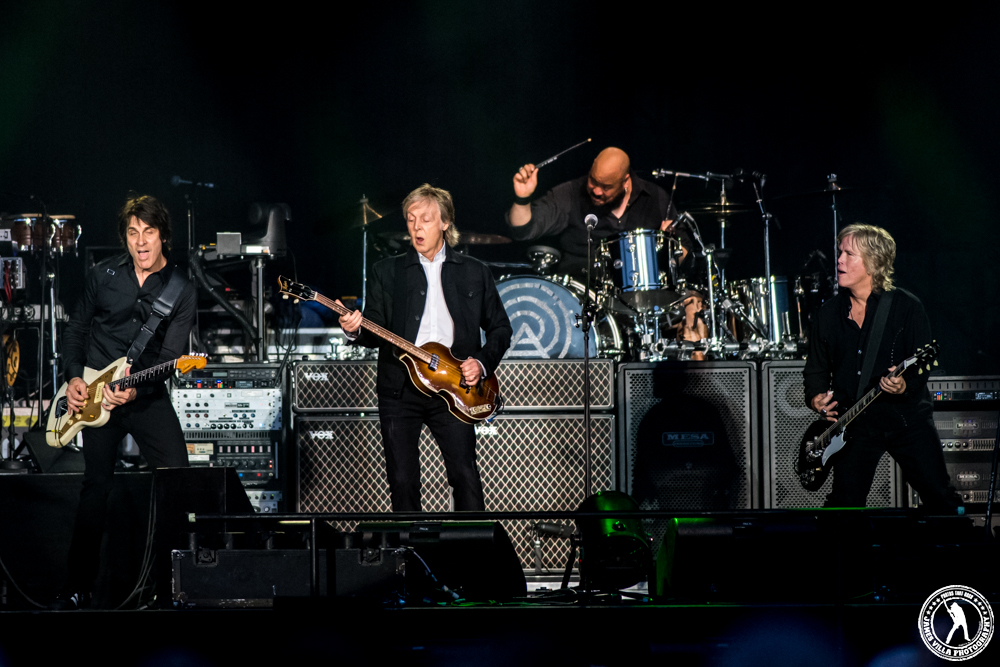 Highlight included “Can’t Buy Me Love”, “Let Me Roll”, which added a snippet of “Foxy Lady” by Jimi Hendrix, “Let’Em In”, the ever present staple “Maybe I’m Amazed”, “Love Me Do”, and “Live and Let Die”.

Overall the two hour and forty five minute showcase encompassed  well over 36 songs.  At 76 he still has plenty to offer his fan with the majority of them sticking around until the last note of “The End”, the final song of his encore set. He neither looked tired or ready to call it an evening.

I’ve had the opportunity to see Mr. McCartney on several occasions yet this was by far one of my favorite shows.  Maybe it was the fact that this show wasn’t in a stuffy indoor arena or a venue so large and impersonal that I felt like the artist wasn’t speaking to me.  The sound inside Globe Life Park was amazing and the energy left nothing to be desired.  If you’re still on the fence about catching this show when it rolls though your town, get your tickets now, you might regret your decision later.