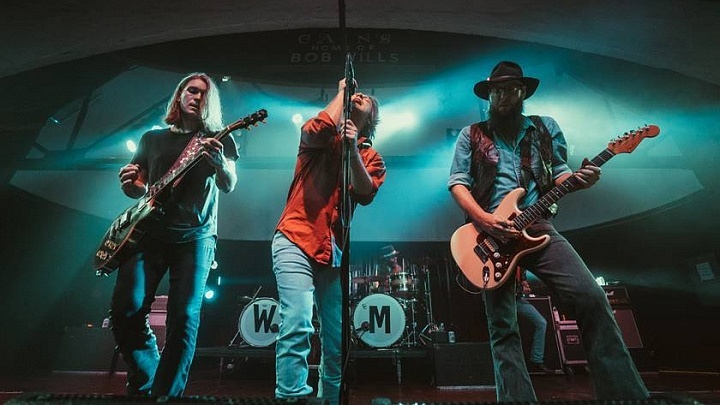 COMING TO SOUTH SIDE BALLROOM ON FRIDAY, SEPTEMBER 27TH

Tickets On Sale Friday, March 29 at 10AM at LiveNation.com

\Whiskey Myers is coming to South Side Ballroom on Friday, September 27th with special guest Read Southall Band. Tickets on sale Friday, March 29th at 10AM at LiveNation.com.

It would be an understatement to say that a lot has happened since Whiskey Myers was last in the recording studio. Over two whirlwind years, the gritty Texas band hit #1 on the iTunes Country Chart with their breakout third album ‘Early Morning Shakes,’ earned raves everywhere from Rolling Stone to USA Today, and toured the US and UK relentlessly, slaying massive festival crowds and sharing stages with Lynyrd Skynyrd, Hank Williams Jr., Jamey Johnson, and more along the way. You’d be forgiven, then, for expecting things to work a little differently this time around when the band reunited with acclaimed producer Dave Cobb for their stellar new album, ‘Mud.’ But as it turns out, success doesn’t change a Southern gentleman, and they don’t come any more Southern than Whiskey Myers.

Fueled by larger-than-life performances honed tight from countless nights on the road, ‘Mud’ finds the band scaling new heights of songwriting and musicianship, with searing guitars, soulful vocals, and indelible hooks. While their approach to the music and humble, hard-working attitudes may not have altered, there have been developments in the Whiskey Myers world, most notably with the arrival of new faces. For the recording sessions, the band’s five founding members—Cody Cannon on lead vocals and guitar, Cody Tate and John Jeffers on guitars, Gary Brown on bass, and Jeff Hogg on drums—fleshed out their sound with the addition of fiddler/keyboard player Jon Knudson and percussionist Tony Kent, who are both now full-time members. 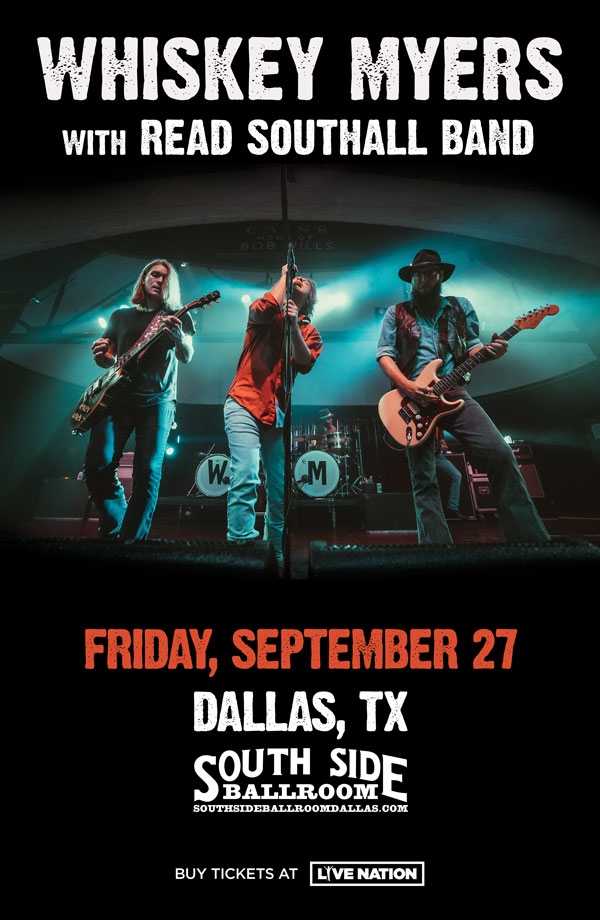 A glance through Whiskey Myers’ lyrics will show you that Cannon is a man who chooses his words carefully, so it’s little surprise that he describes the band as a family. The tight-knit group’s roots stretch back decades into the red dirt of East Texas, where Cannon, Jeffers, and Tate first began playing together before rounding out their initial lineup with the addition Hogg and Brown (who is Cannon’s actual cousin). They built up a rabid local following on the strength of their 2008 debut album, ‘Road Of Life,’ and then notched their first #1 on the Texas Music Charts with their 2011 follow-up ‘Firewater.’ It was ‘Early Morning Shakes,’ though, that introduced the rest of the world to what Texas already knew. The album cracked the Top 10 on the Billboard Country Chart, a remarkable feat for a fiercely independent band and a testament to their rigorous DIY work ethic and endless supply of passion and drive. Esquire called them “the real damn deal,” while Country Weekly said they combine “greasy Southern rock riffs with countrified songwriting and Texas grit for something wholly unique,” and Playboy dubbed them “the new bad boys of country music.”

Even in the face of their rapidly-growing profile and expanding lineup, the band found they were able to pick up exactly where they left off when they returned to the studio for ‘Mud.’

“We don’t want a high stress situation, and we don’t want to feel uncomfortable while we’re recording, because we want to make sure everybody can get into their creative mode,” explains Brown. “Dave has a laid back attitude as far as making music and that fits right in with the way we work. His ear is similar to ours and he has the same kind of vision for what the music should sound like.”

What the music sounds like is raw, visceral emotion: pride, faith, desire, defiance. The songs on ‘Mud’ are stories of ordinary men and women standing up for their families and honoring their roots. Home is sacred ground for Whiskey Myers, not just a plot of land, but rather the cornerstone of an identity worth dying for. Fiddle-led album opener “On The River” steps back to frontier times when the struggle for survival was a daily one, while the epic title track promises a home-foreclosing banker “Ain’t no man gonna take it away / Because it’s deep down in my blood / So step across the ol’ property line / And you’ll die right here in the mud.” “Frogman,” written with Rich Robinson of the Black Crowes, follows a Southern man halfway around the world, as he risks his life to defend freedom and fight terror in the Middle East as a Navy Seal, and the Darrell Scott co-write “Trailer We Call Home” finds the beauty in simple things, concluding, “Times get tough but love is strong / Here in this trailer that we call home.” 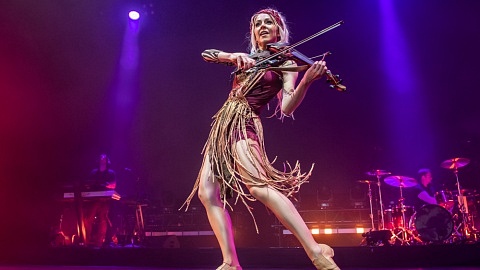