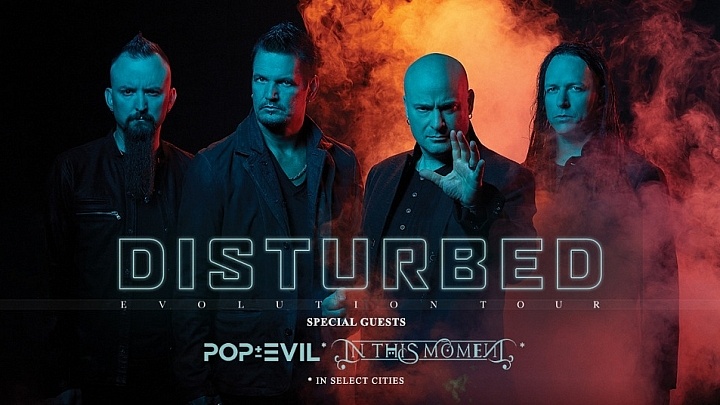 EVOLUTION NO. 1 ON BILLBOARD ALTERNATIVE AND TOP ROCK ALBUMS CHARTS

After kicking off the year with a North American tour that saw them playing to more than 200,000 frenzied fans, 2-time Grammy nominees DISTURBED have announced a much-anticipated second leg of arena shows set to begin July 21st at the Mankato Civic Center in Mankato, MN. Select shows on the tour will feature special guests Pop Evil or In This Moment. 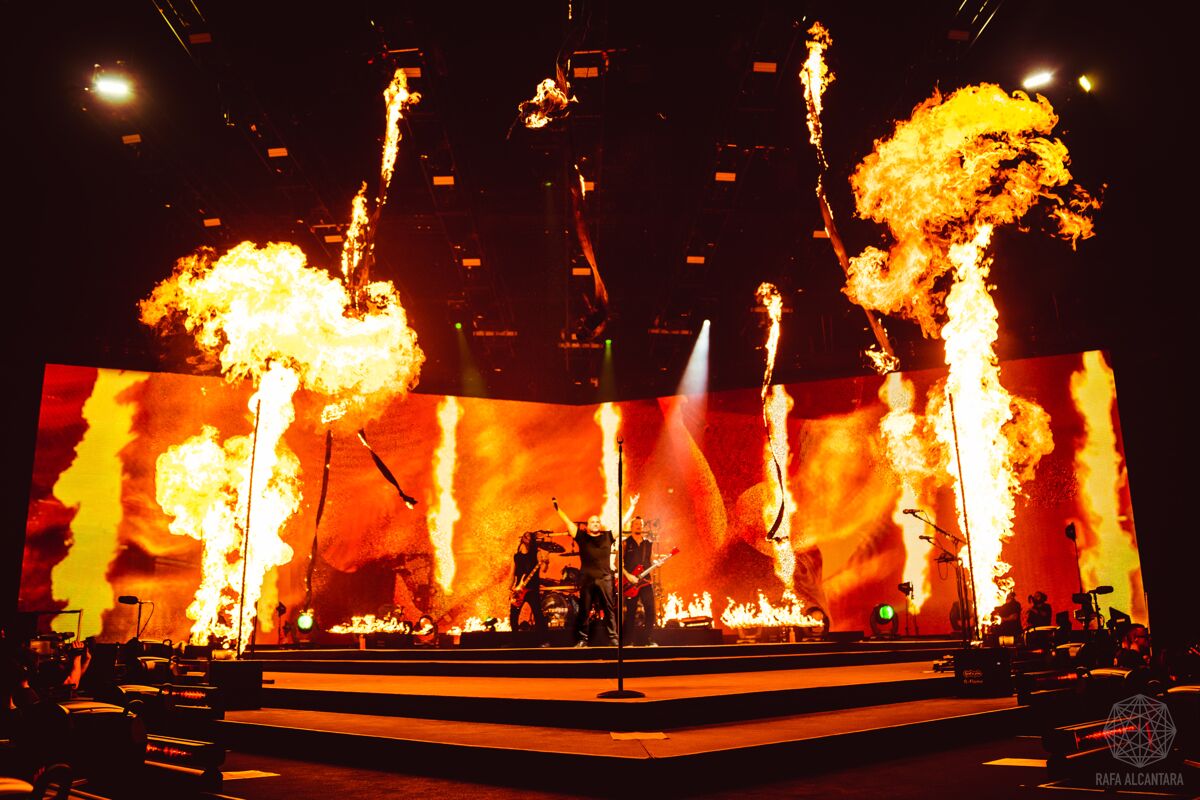 Tickets for Disturbed’s tour go on sale to the general public beginning Friday, March 29th at 10:00AM local time at http://www.disturbed1.com/tour. Citi is the official presale credit card for the tour, and Citi cardmembers will have access to purchase presale tickets beginning Wednesday, March 27th at 10:00AM local time until Thursday, March 28th at 10:00PM local time. Every ticket purchased online for Disturbed includes your choice of a CD or digital copy of the band’s latest album, Evolution. You’ll receive instructions via email on how to redeem your album after ticket purchase. A limited number of VIP tickets will also be available.

Disturbed is touring in support of new album Evolution (Reprise Records), which hit No. 1 on Billboard’s Top Alternative Albums and Top Rock Albums charts, as well as No. 4 on the Billboard 200.

Since launching the tour back in January with a performance on Jimmy Kimmel Live!, Disturbed (vocalist David Draiman, guitarist Dan Donegan, drummer Mike Wengren and bassist John Moyer) has drawn rave reviews for their emotionally powerful live show, with critics pointing out the band’s uplifting messages and the many moving moments that take place during their nightly set, including a tribute to the late Chester Bennington and Pantera’s Vinnie Paul and a call to help those in need who are battling addiction and depression – click HERE to watch Rafa Alcantara-directed clip with some of the tour’s highlights.

What The Press Is Saying About Disturbed’s Live Show

“…A positive uplifting concert” – “one of the best rock shows ever at the[Pinnacle Bank] Arena.”
– Lincoln Journal Star

“a unique night where the arena felt fully alive due to the bond between band and fans.”
– The Times

“Disturbed has become quite adept at being an arena rock band,” and called the band “a well-oiled big rock production with pyro, a mini-stage they use for an acoustic set and solos for all the musicians in the group. It’s the type of big rock show you only see a few times a year at Toyota Center, even rarer from acts that had a hit after the year 2000.”
– Houston Press 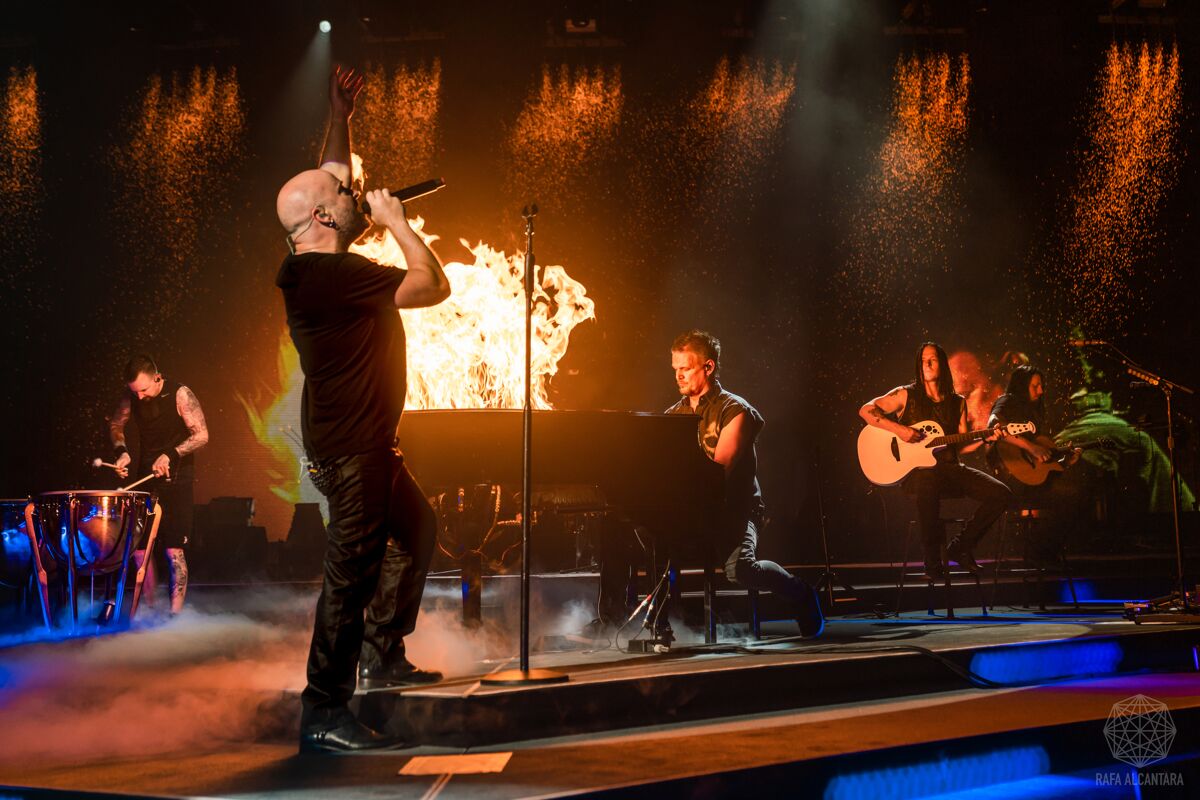 “Nineteen years into what’s been a mostly chart-topping recording career, the Chicago-formed group remains a prototype of what can be right about the its genre. During [their] two-hour, 19-song show Disturbed mixed its brand of brawn with musical sophistication and also showed just as much heart with a deeply felt message that, at appropriate times, even quieted the headbangers into intent listening. Disturbed has clearly, as its latest album title boasts, evolved during nearly two decades, and clearly for the better.”
– Oakland Press

“Classifying Disturbed as anything less than one of the biggest rock bands in the world is a rookie mistake. With hits that span all the way from the percussive growls of ‘Down With The Sickness’ to the lasting message of acoustic ballads like ‘A Reason To Fight,’ their range and depth is hard to deny. Even after diving into the calming thrill of acoustic songs and proving their versatility with Evolution, the Chicago rockers are staying true to their roots with a theatric performance decorated by stunning pyrotechnics, expert stage presences and booming vocals.”
– Radio.com

A deluxe version of the album—which includes a live version of “The Sound of Silence” featuring Alter Bridge/Slash vocalist Myles Kennedy—can be heard in its entirety by clicking HERE.

Prior to the upcoming North American tour, Disturbed will head overseas for an international run that kicks off April 18th at La Riviera in Madrid, then travels to Switzerland, Italy, Austria, Germany, Luxembourg, Sweden, Norway, Denmark, Netherlands, France, London, Glasgow and Manchester. They come back home for festival shows in Columbus (Sonic Temple Art & Music Fest) and Oklahoma (Rocklahoma), then back overseas for another slew of dates, including multiple concerts in Russia. 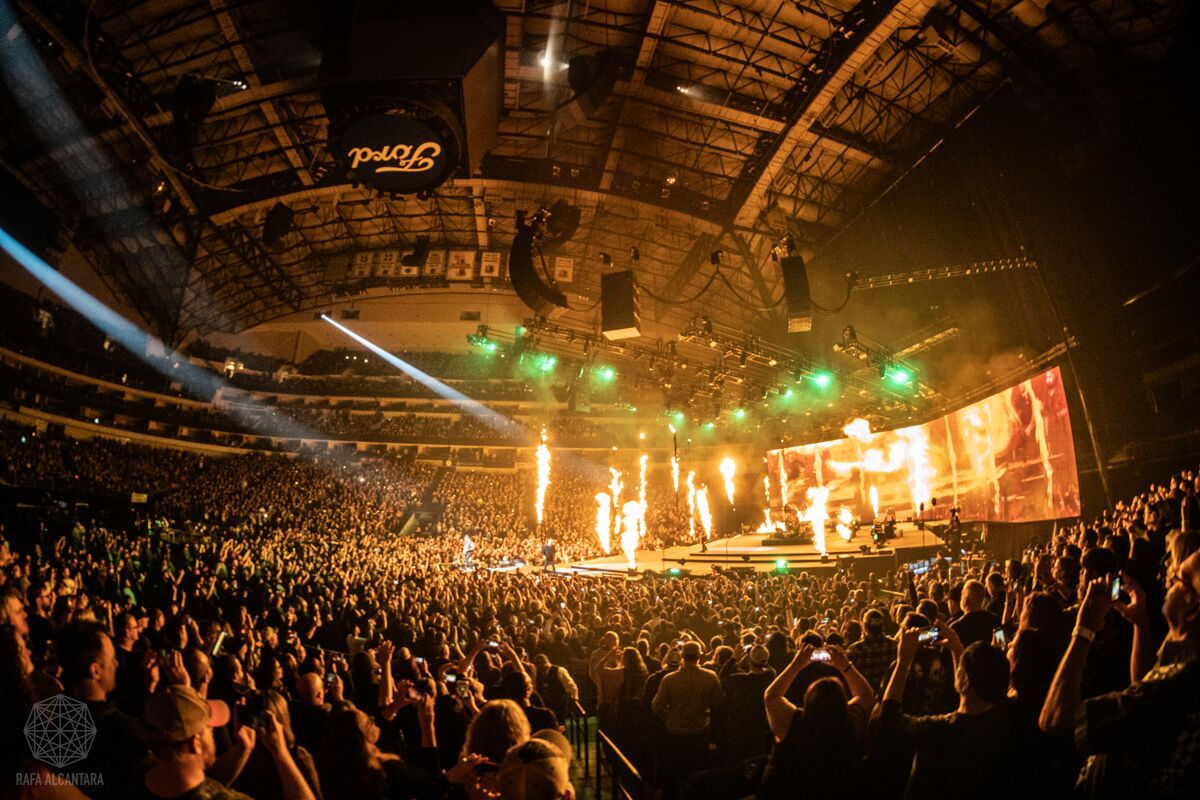