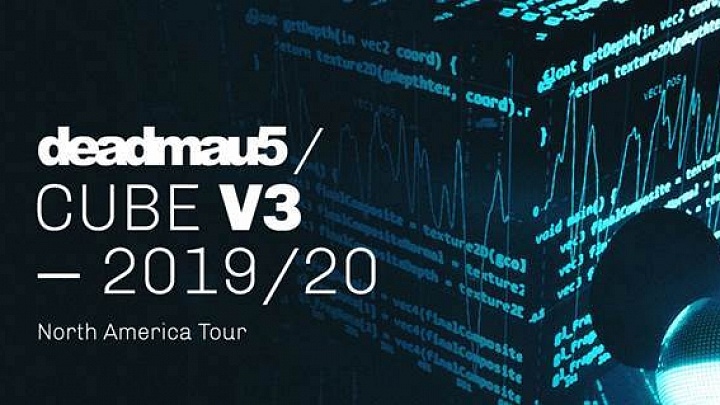 COMING TO SOUTH SIDE BALLROOM ON SEPTEMBER 12

WATCH THIS SATURDAY, MARCH 30 AT 10:00PM PT/1:00AM ET
THE cubev3 DEBUT FROM ULTRA MUSIC FESTIVAL
LOG IN TO WWW.ULTRAMUSICFESTIVAL.COM

Following the tremendous reception to his Instagram video posted earlier this week announcing his return to the road (over 300,000 views in less than 24 hours), world-renowned electronic artist deadmau5 is pleased to formally announce details of his North American ‘cube v3 tour’ for this fall.

Produced by Live Nation, the 16-city tour will kick off September 12 in Dallas and will see deadmau5 bringing his brand new cubev3 production to major markets across the continent. His fourth major North American tour with the cube will find him landing in Austin, San Francisco, Phoenix, Chicago, San Jose, Seattle and more. Los Angeles has deadmau5 returning to Hollywood’s legendary Palladium where he first broke records of most continuous sold-out shows in a row in 2011. Confirmed dates follow below with more to be announced later.

Tickets go on sale to the general public beginning Friday, April 5 at 10am local time at LiveNation.com. To ensure tickets get in to the hands of fans and not scalpers or bots, the tour has partnered with Ticketmaster’s Verified Fan platform. Fans can register now through Monday, April 1 at 10pm ET here for the Verified Fan presale. Registered fans who receive a code will have access to purchase tickets before the general public from Wednesday, April 3 at 10am local time through Thursday, April 4 at 10pm local time.

deadmau5 is on point to debut the new cubev3 production this Saturday, March 30 at Ultra Music Festival. Fans around the globe can tune in at www.ultramusicfestival.com starting at 10:00pm PT/1:00am ET and watch a live stream of the performance in anticipation of what’s to come later this year at his shows.

The original cube debuted at Coachella April 2010, catapulting deadmau5 to become one of the most in-demand live acts in the world, with its follow-up Cube 2.1 arriving in 2017 at the launch of his “lots of shows in a row tour.” cubev3 – created by deadmau5 with Chris Schroeder of Chris Schroeder Productions, with technical design by Collyns Stenzel, and video content plus additional programming by deadmau5 – comes to life from Miami with the semitransparent look and deadmau5 custom content. Cubev3 will be the most complex production he has ever presented changing positions from 90 degrees into 45 degrees and rotate 360 degrees with mind bending content from deadmau5 & his custom touch designer system. 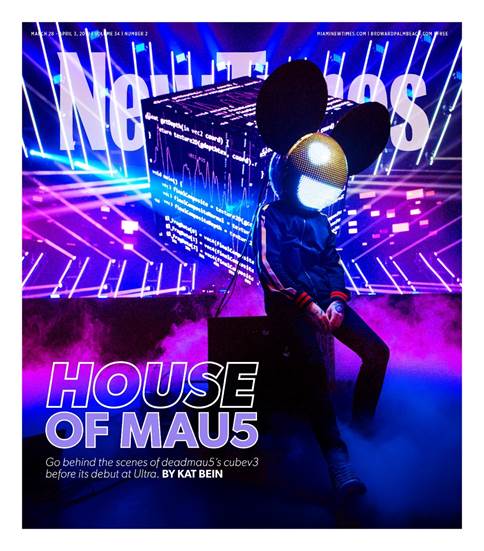 Tags: cubev3•dallas•deadmau5•South Side Ballroom•texas
OlderFIVE FINGER DEATH PUNCH: LATEST SINGLE “WHEN THE SEASONS CHANGE” HITS #1
NewerLAMB OF GOD to Release “Ashes Of The Wake – 15th Anniversary Edition” on May 3, 2019