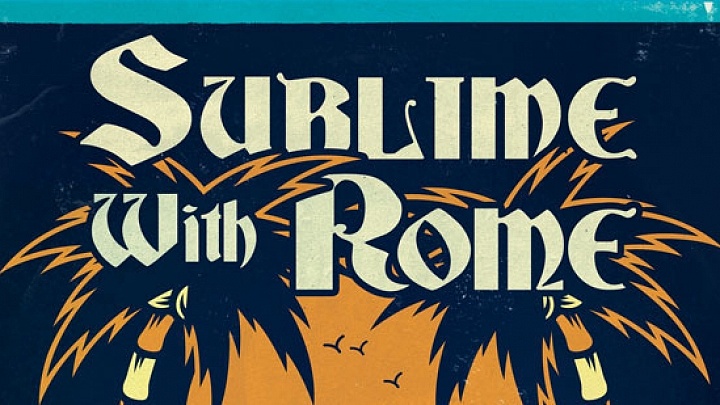 COMING TO THE PAVILION AT TOYOTA MUSIC FACTORY ON SUNDAY, AUGUST 4, 2019

Tickets On Sale Friday, February 8 at 10AM at LiveNation.com
Part of the Verizon Concert Series

Alternative rock band Sublime with Rome will perform at The Pavilion at Toyota Music Factory with Michael Franti & Spearhead and Common Kings on Sunday, August 4, 2019 as part of the Verizon Concert Series. Gates open at 6 pm, and music starts at 7 pm. Tickets go on sale to the public Friday, Feb. 8 at 10AM at LiveNation.com.

Ticket prices range from $25 to $59.50 plus applicable fees. Purchase four lawn tickets at the same time, and get the Lawn 4-Pack at a discounted ticket price of $18.75 each. Tickets can be purchased at LiveNation.com. 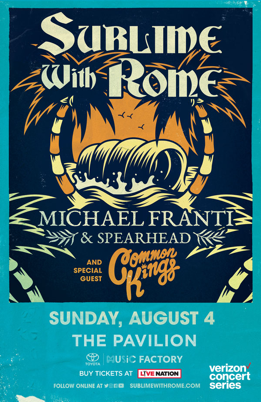 Sublime with Rome is a musical collaboration between Eric Wilson, formerly of the American punk band Sublime, and singer-guitarist Rome Ramirez. Along with performing Sublime hits like “Santeria” and “What I Got,” Sublime with Rome will pull music from their studio albums that have topped the U.S. Rock and Indie Charts. Sublime with Rome is scheduled to release their newest album, Blessings, in June.

Common Kings, a reggae rock band from Orange County, Calif., rounds out the ticket. The band’s debut album, Lost in Paradise (2017), was nominated for a Grammy® Award in the Best Reggae Album Category and their EP One Day (2018) reached No. 2 on Billboard’s Reggae Album Chart.