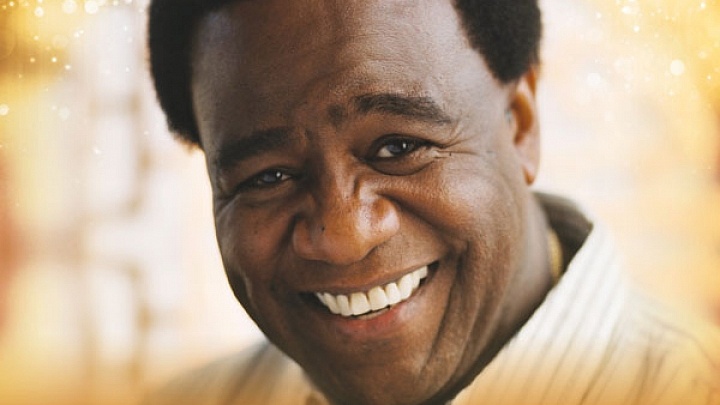 WITH SPECIAL GUESTS THE WAR AND TREATY
COMING TO THE PAVILION AT TOYOTA MUSIC FACTORY ON FRIDAY, APRIL 26TH

Tickets On Sale Friday, February 8 at 10AM at LiveNation.com

The GRAMMY® Award winning and Kennedy Center Honors recipient Al Green returns to the stage to perform some of his most iconic hits and fan favorites at his first concerts in more than seven years. Green’s powerful and passionate performances of timeless classics such as “Let’s Stay Together,” Sha-La-La (Make Me Happy) “I Can’t Get Next To You,” Tired Of Being Alone” and “I’m Still In Love With You,” as well as his ability move entire crowds and have them singing along to gospel favorites such as “Nearer My God to Thee,” “Precious Lord,” “I’ll Rise Again” and his rendition of “Amazing Grace,” have made him one of the greatest performers of all-time.
This limited run of tour dates kicks off in Austin, TX, and also includes shows in Irving, Houston, and Atlanta at the Fox Theatre—where he is performing for the first time ever.
Tickets go on sale on Friday, February 8 at 10:00 AM local time with pre-sales beginning on Wednesday, February 6 at 10:00 AM local time. There will be a CITI pre-sale for Irving beginning today, February 5, at 10:00 AM local. All ticket links below.
In addition, Al Green also makes a stop to celebrate the 50th Anniversary of the New Orleans Jazz & Heritage Festival on Sunday, April 28. Tickets are on sale now at http://www.nojazzfest.com. 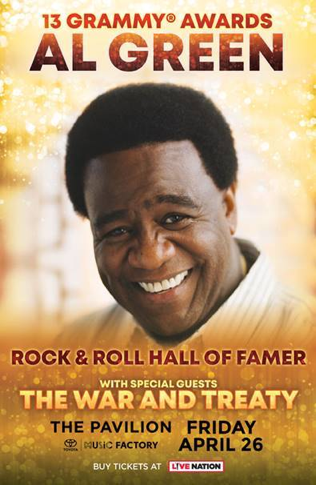 With a highly successful recording and touring career that spans over five decades, Al Green’s musical roots originate in Memphis, but he has made an undeniable and lasting impact on music and musicians around the world from R&B, Soul, and Pop to Blues and Gospel. Throughout his career, he has earned a long list of hit albums and singles including his breakthrough release Al Green Gets Next To You in 1970 featuring his first Top 10 hit single “Tired of Being Alone,” and 1972’s Let’s Stay Together which reached No. 1 on the Top R&B Albums chart and No. 8 on the Billboard 200 with the title track hitting No. 1 on both the Hot 100 and Top R&B charts concurrently.
The hits kept coming, Green continued his chart success with back to back hits including 1972’s platinum selling album I’m Still In Love With You, 1973’s Call Me, featuring the hit single “You Ought To Be With Me,” 1973’s Livin’ For You, 1974’s gold selling Al Green Explores Your Mind and 1975’s Al Green Is Love, all hitting No. 1 on Billboard’s Top R&B chart plus the Top 20 R&B hit albums Full of Fire (1976) and 1977’s Have A Good Time. In 1975, Al Green released his platinum selling hits collection Al Green’s Greatest Hits which reached top 20 on Billboard’s Top 200 and No. 3 on the Top R&B chart, and packed with hits including “Let’s Stay Together,” “Call Me (Come Back Home),” “How Can You Mend A Broken Heart” and “Tired of Being Alone.”
In the 80s, the Reverend Al Green returned to the music he was raised on, and for the next decade, he focused on Gospel music. His first Gospel album, The Lord Will Make A Way, was the album that resulted in the first Grammy of his career. His fans followed his new path and he continued his chart success with 1983s I’ll Rise Again, which hit No. 4 on the Top Gospel Albums chart, garnered a Top 10 hit album with Trust In God (1984), and 1987’s Soul Survivor, reached No. 1 on the Top Gospel Albums.
His return to pop music with I Can’t Stop (2003) and 2008’s Lay It Down, put Green back on the pop charts with a No. 9 and No. 3 on the Top R&B chart.
Along with Al Green’s commercial success, he continues to receive praise and accolades most recently being celebrated in Washington D.C. at the Kennedy Center Honors in 2014. He received “Lifetime Achievement Award” at both the 2002 GRAMMY AWARDS® and the 2009 BET Awards, and was inducted into the Rock And Roll Hall Of Fame inductee in 1995. He has has won GRAMMY® Awards for the songs: “The Lord Will Make A Way” (1981); “Higher Plane;” (1982) “Precious Lord” (1982); “Ocean Blue (I’ll Rise Again)” (1983); “Going Away” (1986); “Everything’s Gonna Be Alright” (1987); “As Long As We’re Together” (1989); “Stay With Me (By The Sea) (2008); and “You’ve Got The Love I Need” (2008). He has also received Grammys for his duets with Shirley Caesar for “Sailin’ On The Sea Of Your Love” (1984), “Wanna Be Happy?” (2015) with Kirk Franklin and “Funny How Time Slips Away” (1994) with Lyle Lovett.
Today, Reverend Green dedicates his time to his ministry in his hometown of Memphis, TN. In 2018, he recorded and released “Before The Next Teardrop Falls,” his first single in almost 10 years.
Considered one of Rolling Stone’s 100 Greatest Artists of All Time, with Pitchfork proclaiming Al Green as “The Greatest Living Soul Singer,” The Reverend Al Green has become a national treasure and once again hits the road to spread his message of “Love.”