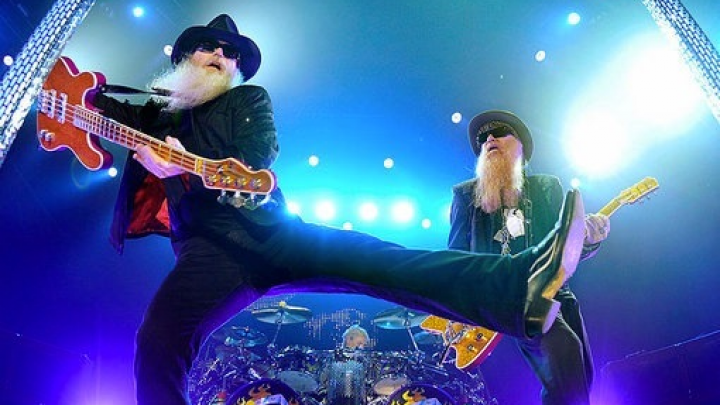 COMING TO DOS EQUIS PAVILION ON FRIDAY, MAY 17

Rock and Roll Hall of Fame inductees ZZ Top are coming on strong with their 50th Anniversary Texas Bash celebrating a true career milestone with three key performance dates set for three “Texas towns” this May. The band’s 50th anniversary celebration is set to commence May 17 in Dallas at Dos Equis Pavilion, followed by a performance on May 18 in Houston at Cynthia Woods Mitchell Pavilion in The Woodlands. On May 19 the Austin360 Amphitheater hosts the ongoing festivities. The shows feature performances with friends and fellow rock legends Bad Company and Cheap Trick. The Texas Bash concerts launch ZZ’s anniversary tour that has them rocking across North America and onto their UK and European shows throughout 2019.
ZZ Top still maintains the most consistently stable lineup in the history of rock music: Billy F Gibbons, Dusty Hill and Frank Beard. In 1969, following the demise of The Moving Sidewalks, Billy’s Houston psych-rock band, the singer/guitarist formed ZZ Top linking up with drummer Beard and bass-guitarist Hill, both from the Dallas-based band, The American Blues. Fifteen studio albums, 30 million record sales and 5 decades later, “That Little Ol’ Band From Texas” is still going strong, playing timeless hits like “La Grange,” “Legs,” “Sharp Dressed Man” and “Tush” to audiences the world over.

Billy Gibbons looked back at the history of the band, while also looking forward to the 50th Anniversary Texas Bash dates. “It’s been five decades, and I think we’re starting to get pretty good at this! We’re just as excited to be back in Texas this May playing our bluesy kind of rock as when started with in ’69. The beards, Frank excepted, are perhaps a bit longer, yet nothing else has changed much and we’re keeping it that way.” 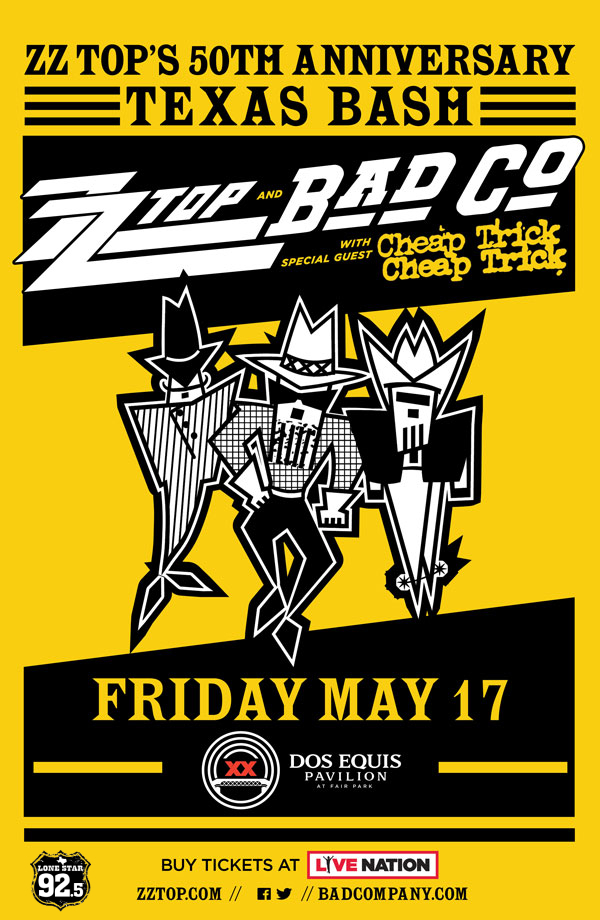 “Those three Texan hombres, aka ZZ Top, are celebrating their 50th Anniversary this year so Bad Company is going to join them and the fans to mark the occasion; hang on to your hats and heels!” said Bad Company frontman Paul Rodgers. The English rock supergroup formed in 1973 by veterans of Free, Mott The Hoople and King Crimson and has several multi-platinum albums under its belt, propelled by radio staples such as “Can’t Get Enough,” “Feel Like Makin’ Love” and of course “Bad Company.”

A combination of innovative hard rock and power pop combined with stage theatrics helped make Cheap Trick a household name by the end of the ‘70s. Songs like “Surrender,” “I Want You To Want Me” and the 1988 chart topper “The Flame” have enhanced massive success over the decades as highlighted by their 2016 induction into the Rock and Roll Hall of Fame. The band’s Rick Nielsen commented, “ZZ Top are celebrating their 50th anniversary this years so it truly an honor that the famed “Little Ol’ Band from Texas” has asked Cheap Trick (all of whom are longtime ZZ Top fans and musical touring friends) to be included and open for these living legends — the great Billy Gibbons, Dusty Hill and Frank Beard.” 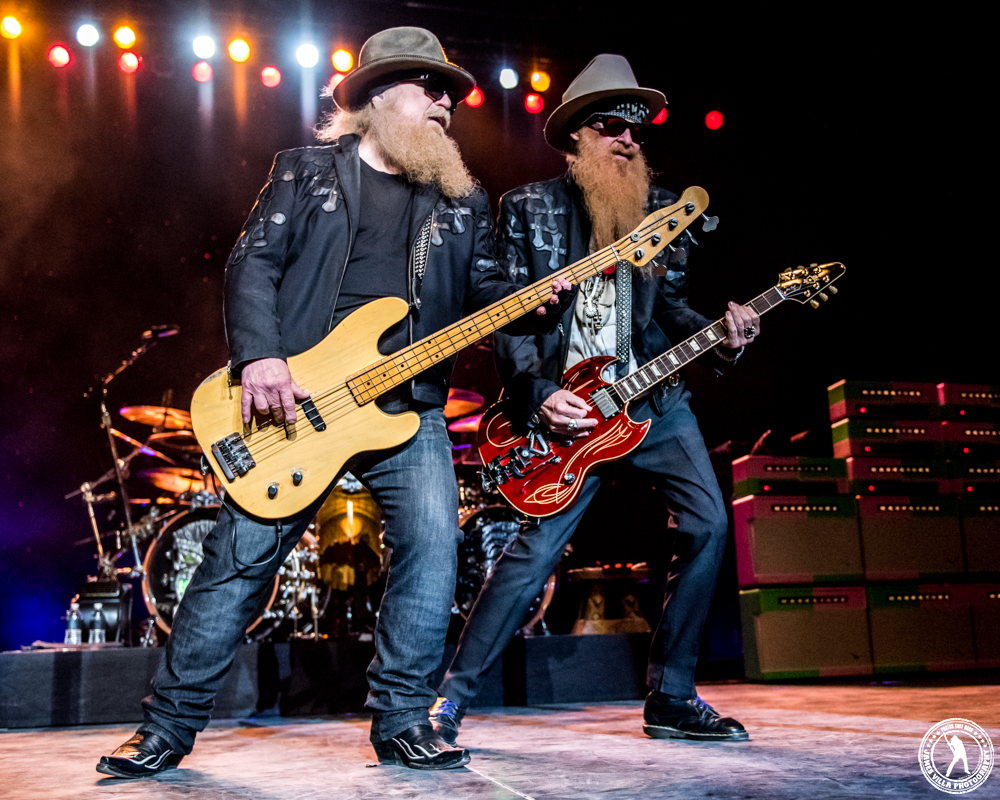