SYSTEM OF A DOWN ANNOUNCE SHOWS FOR 2018 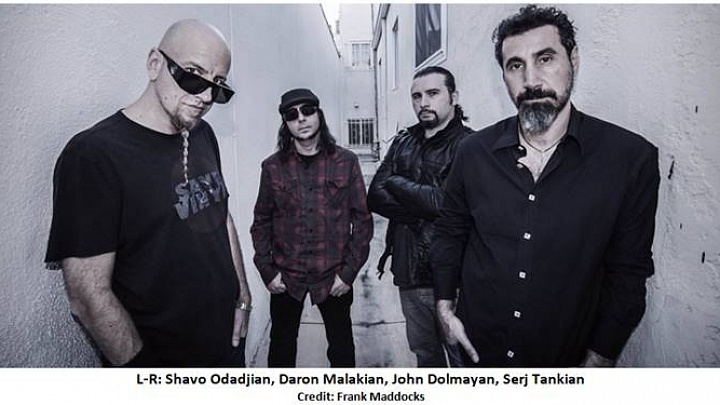 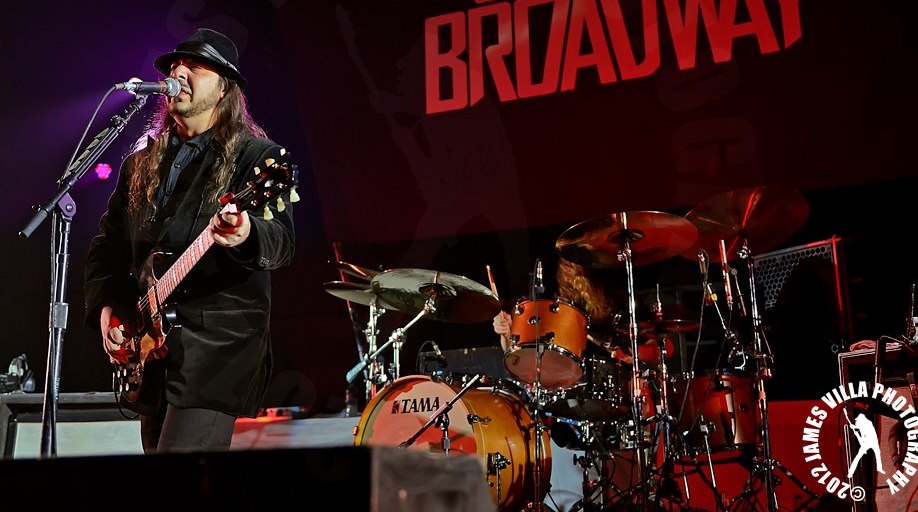 Grammy winning band SYSTEM OF A DOWN have announced their first US shows since 2015. This string of special dates kick off October 13 at the Glen Helen Amphitheater in San Bernardino, CA, and include a headline performance at the Aftershock Festival. The shows, which follow last year’s sold-out European tour, are listed below and ticket information can be found HERE.

System Of A Down’s last U.S. show was at The Forum in Los Angeles during 2015’s “Wake Up The Souls” tour.
Since their arrival in 1998, System Of A Down (vocalist Serj Tankian, guitarist/vocalist Daron Malakian, bassist Shavo Odadjian, drummer John Dolmayan) has released 5 studio albums, sold over 31 million copies worldwide, had three No. 1 debuts on Billboard’s Top 200 Album Chart, garnered a Grammy win and amassed a global following whose members numbers in the tens of millions. They’ve written and recorded 7 top 10 radio hits, 2 of which were chart-topping No. 1’s (2002’s “Aerials” and 2005’s “Hypnotize”). In 2005 System Of A Down released both Mezmerize and Hypnotize in two installments as a dual album in a single year. Each debuted at No. 1 on the Billboard Top 200 and on charts around the world, achieving the rare feat of having two No. 1 albums in the same calendar year. “B.Y.O.B.” (Bring Your Own Bombs) was the first single released from Mezmerize and earned the band a Grammy for Best Hard Rock Performance. 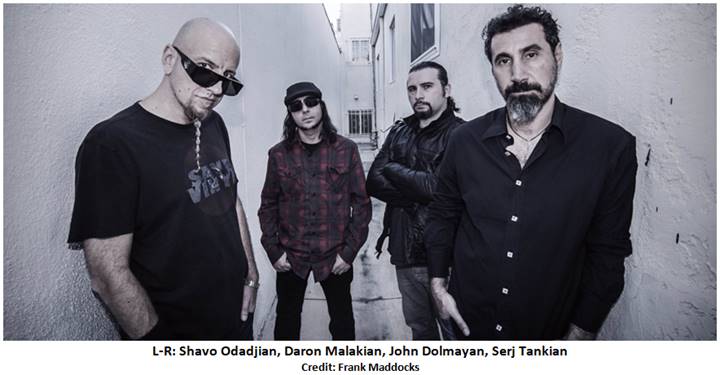 Don’t miss System Of A Down live