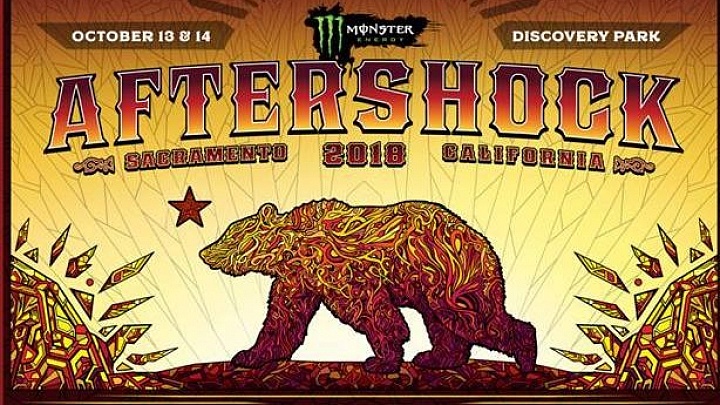 With Massive Music Lineup Of Rock And Metal Acts 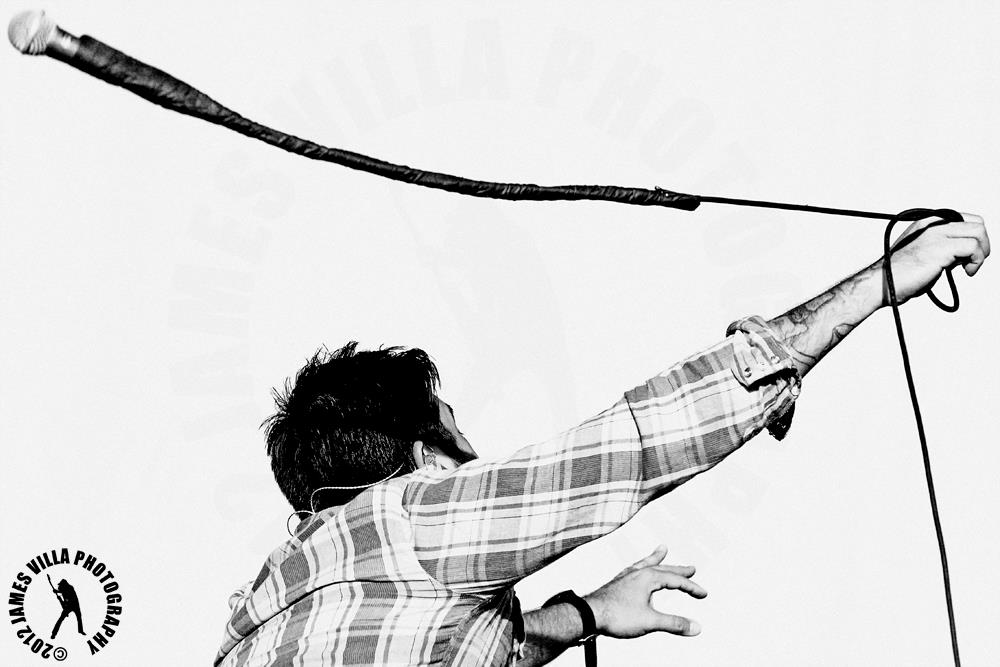 System Of A Down, Deftones, Alice In Chains, Incubus, Godsmack, Shinedown, 311, Slash Featuring Myles Kennedy And The Conspirators, At The Drive-In, Seether and Jonathan Davis lead the lineup for the 7th annual Monster Energy Aftershock.

Festival producers Danny Wimmer Presents hinted at the lineup in February with a teaser video that had many correctly guessing that System Of A Down would be one of the headliners. The band makes their Monster Energy Aftershock debut in 2018, marking their first-announced appearance in the States in three years, as they celebrate the 20th anniversary of their landmark self-titled first album. 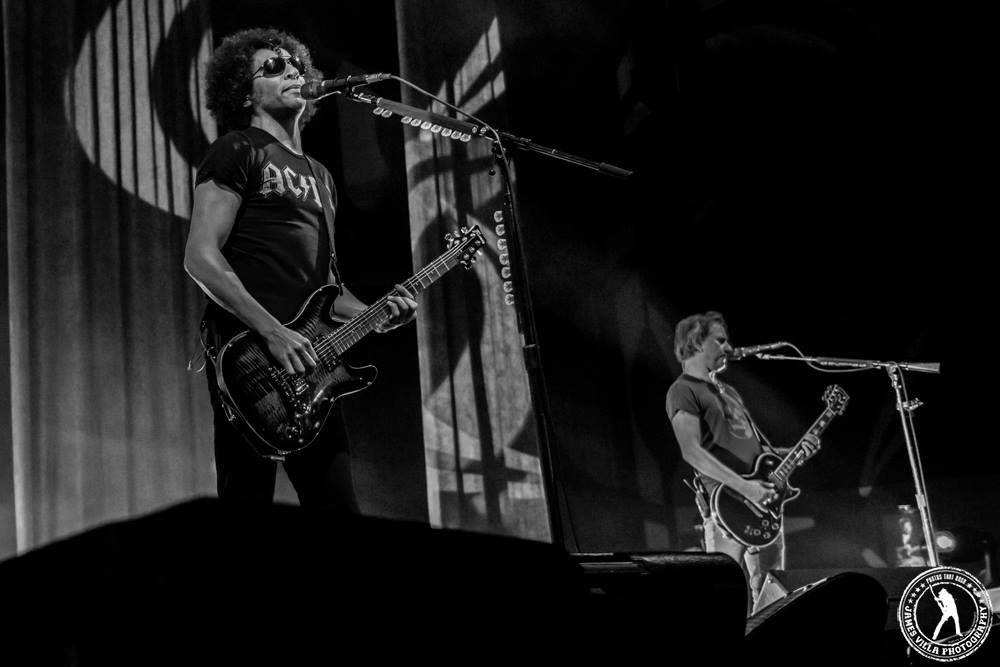 Also leading the talent lineup is Sacramento’s own Deftones, who make their debut as a headlining act at Monster Energy Aftershock after previously playing the festival in 2012 and 2015. It’s been seven years since Deftones’ last headlining hometown performance, and the band will be celebrating their 30th anniversary this year.

“Sacto, we’re coming for you. Proud that you’re our capital and not D.C.,” says System Of A Down’s Serj Tankian, and the band’s guitarist/vocalist Daron Malakian says, “It’s been a minute since we’ve played Sacramento, so it just felt right to return by headlining Aftershock.” 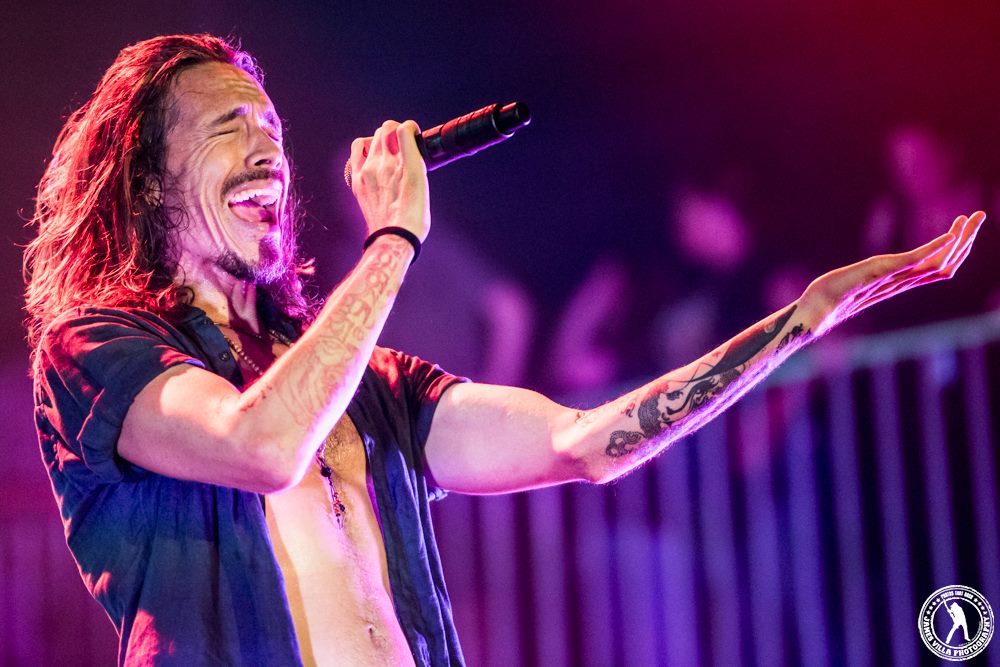 In addition to performances from top music artists, attendees at this year’s Monster Energy Aftershock will enjoy a variety of onsite food and beverage experiences. 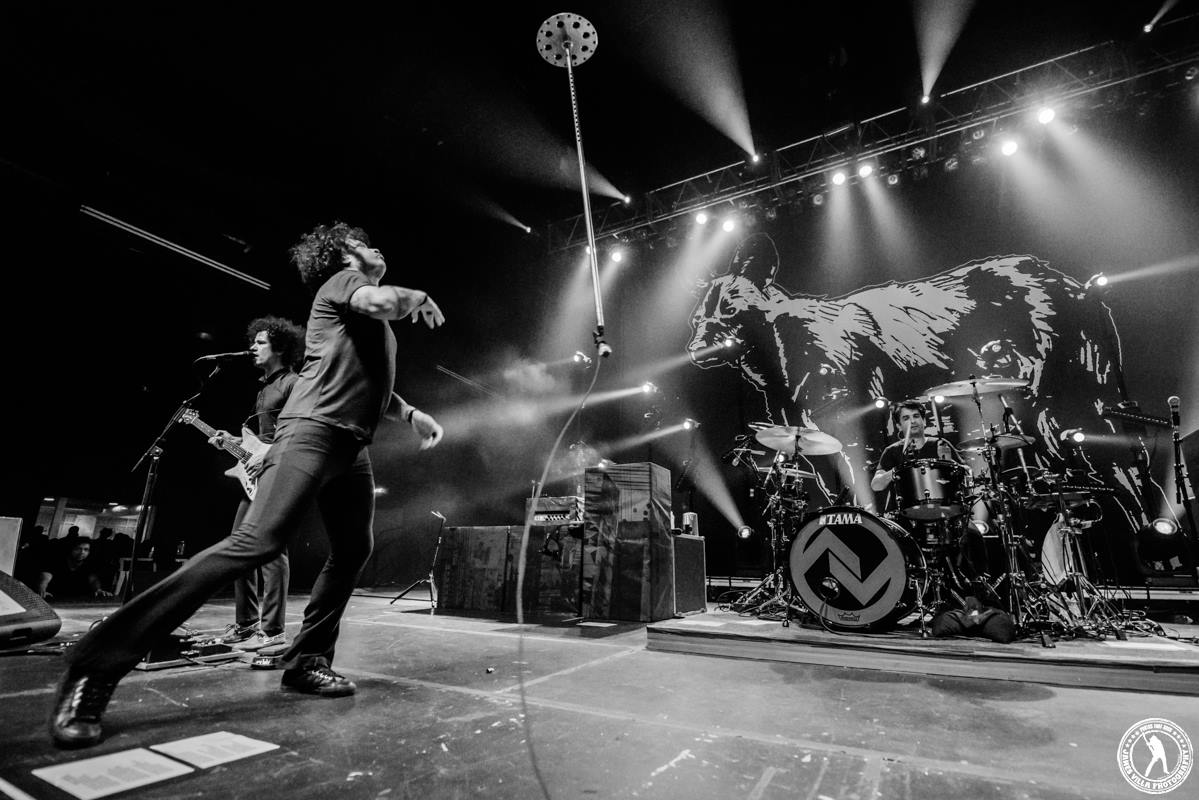 Monster Energy Aftershock will also feature a variety of unique entertainment options to go along with the incredible music lineup, including the Monster Energy Experience (where fans can meet Aftershock artists and sample Monster beverages), The Music Experience (an interactive exhibit and musical instrument retailer) and The Student Experience, Take Me Home nonprofit animal rescue organization, Heavy Grass (check out new premium weed products and merchandise), the f.y.e. Fan Experience (where fans can purchase music from all the performing bands and take part in meet & greets and artist signings), Dyin 2 Live / Fxck Cancer (wish-granting organization), Zippo Encore (spin the wheel to win prizes, and check out Zippo lighters, including limited-edition festival designs), and SWFTCharge (quick, portable and convenient phone-charging service).

Monster Energy Aftershock tickets, as well as hotel and VIP packages, are on sale starting Friday, April 13 at www.AftershockFestival.com. 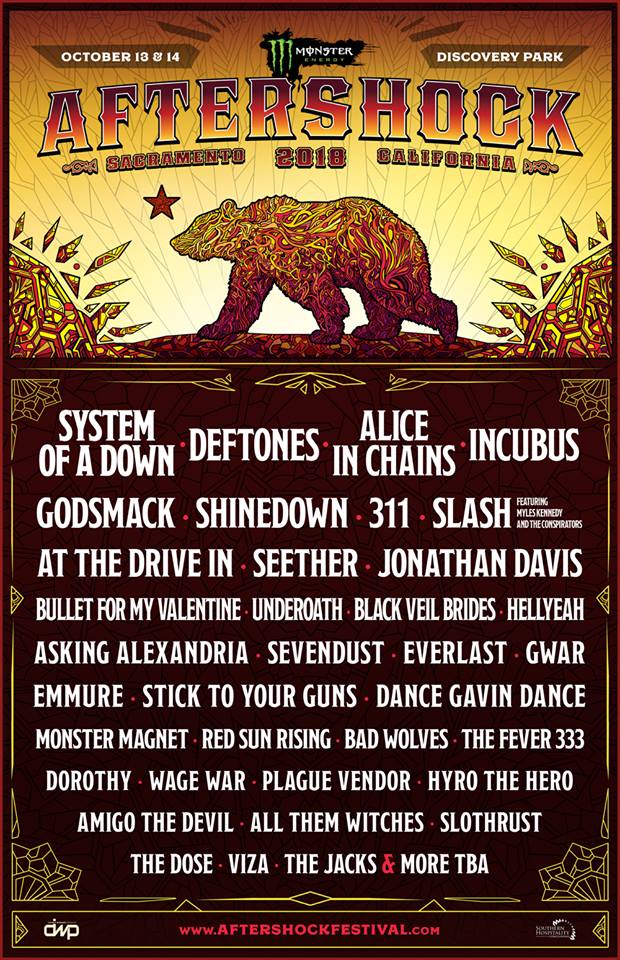 Initial ticket prices will be as follows:

A limited number of GA ticket 4-packs will also be available.

Service fees on all ticket purchases include a 50 cent charity fee for the T.J. Martell Foundation (www.tjmartell.org).

Tickets for Monster Energy Aftershock have sold out for three years straight. Fans are encouraged to buy early to save, and to secure a spot at this year’s event.