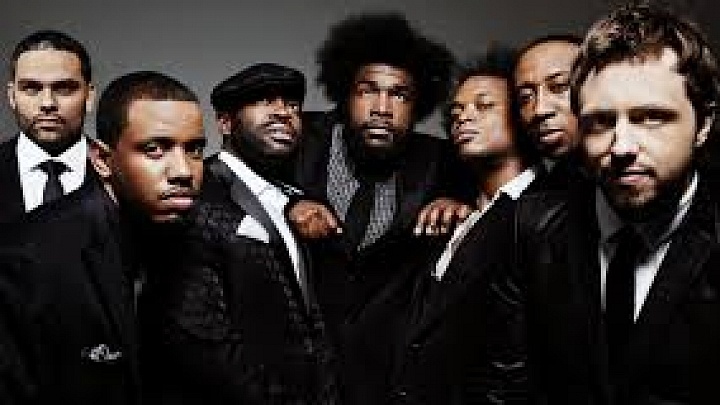 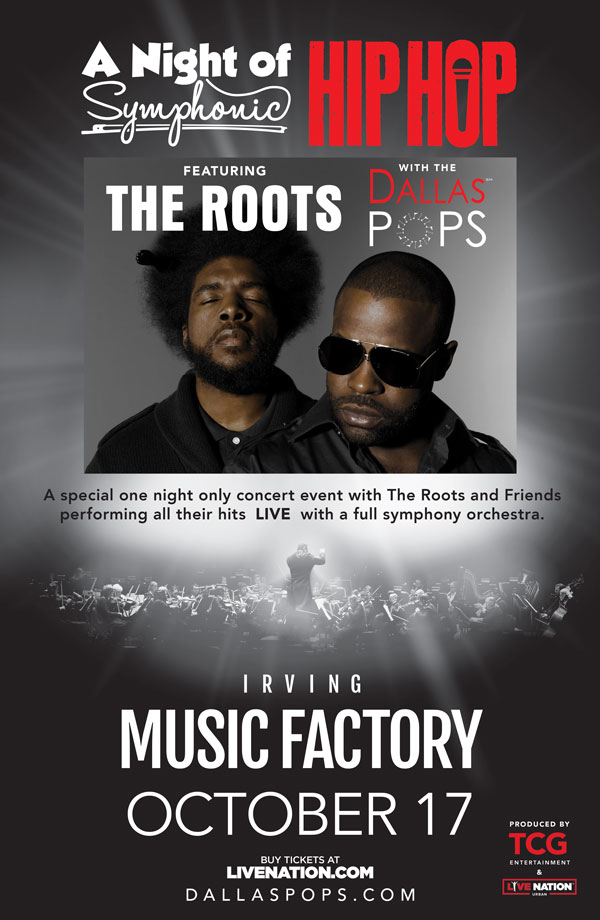 TICKETS GO ON SALE AUGUST 25 WITH LIVESTREAM EXCLUSVIELY ON TWITCH

Amazon Music and Live Nation today announced plans to livestream The Roots’ “A Night Of Symphonic Hip Hop” concert in Dallas, TX at The Pavilion Indoor Theater at Irving Music Factory on October 17th at 7:45pm PT/10:45pm ET vis social media platform Twitch. The event will be broadcast online on Amazon Music’s Twitch channel  which is also accessible through the Twitch app on Amazon devices such as Amazon Fire TV and Fire tablets.

Following its introduction earlier this year, “A Night Of Symphonic Hip Hop,” presented by Live Nation Urban and TCG Entertainment, has unified some of rap’s most celebrated icons—Common and Nelly—with full orchestras for an experience unlike anything in the marketplace. This third incarnation of “A Night Of Symphonic Hip Hop” places the most prominent and prolific band in hip-hop history, three-time GRAMMY® Award winners The Roots, on stage with a Dallas-based 50-piece orchestra. The singular synergy will undoubtedly unlock another dimension of the Philadelphia group’s groundbreaking fusion of rap, funk, jazz, soul, and rock in the live arena. As the legendary outfit and the orchestra collaborate on stage, the event promises to be unforgettable for classical music aficionados and hip-hop heads alike.

The transformative nature of “A Night Of Symphonic Hip Hop” continues to speak to audiences across genres. Launched with performances by Nelly and Common, the concert series has drawn packed crowds comprised of rap and classical faithful, presenting a powerful cross-section of audiences.

Previously, Amazon Music has hosted live streams with artists including Train, Macklemore and Ryan Lewis, St. Paul & The Broken Bones, and Regina Spektor.  Amazon Music has also been the official livestreaming partner of the Alternative Press Music Awards for the last two years.

The legendary Roots Crew have become one of the best known and most respected hip-hop acts in the business, winning four Grammys, including “Best R&B Album” for Wake Up!, “Best Traditional R&B Vocal Performance” for “Hang in There” (with John Legend) and “Best Group or Duo R&B Vocal Performance” for “Shine.” This brings the band’s GRAMMY nomination count to twelve. Additionally, “The Roots Picnic,” a yearly star-studded mix of musicians, has become a celebrated institution. The Roots were named one of the greatest live bands around by Rolling Stone and serve as the official house band on The Tonight Show Starring Jimmy Fallon.