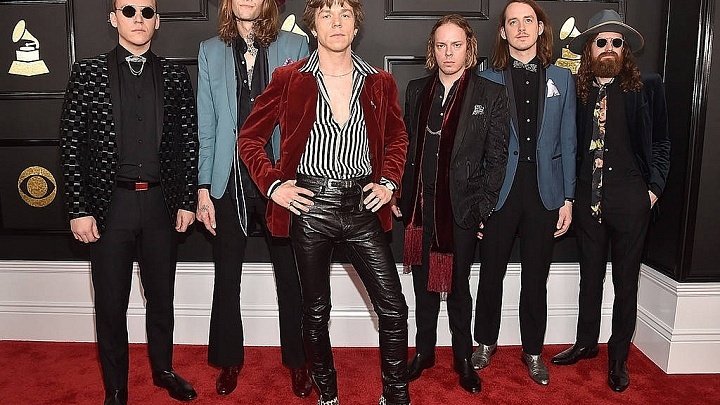 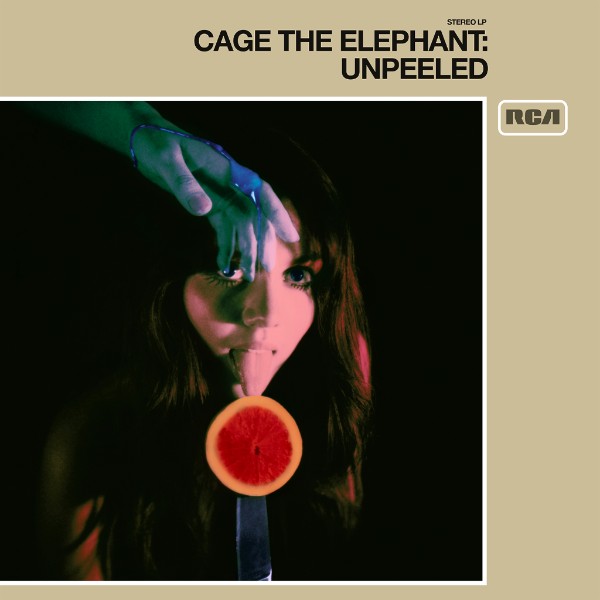 This morning, GRAMMY® Award winners Cage The Elephant debut the live performance video for their song “Sweetie Little Jean,” featured on their forthcoming album Unpeeled. The song was recorded live by the band at their sold-out, hometown show at Nashville’s Ryman Auditorium and you can watch the video here.

Cage The Elephant will release Unpeeled worldwide on July 28th via RCA Records. The new album was recorded over a series of intimate shows in cities including Los Angeles, Washington DC, Knoxville, and Nashville where the band performed in a stripped-down arrangement with a string quartet and additional percussion. Unpeeled features twenty-one tracks: eighteen curated songs from their past four albums plus three reimagined versions of existing songs. Said front man Matt Shultz about the inspiration behind the album: “Many times you’re adding sonic layers looking for something to hide behind, and what you don’t realize is that that vulnerability and that nakedness might be the most compelling and interesting thing about the song.” Preorder the album here.

Cage The Elephant are currently touring throughout Europe and have confirmed dates at some of the continent’s largest festivals, including Spain’s Mad Cool Festival, and Libson’s Nos Alive. The band will also perform a special show at London’s Union Chapel where UK fans will experience the new versions of their songs as they will appear on Unpeeled, with a string quartet and in a stripped back arrangement. In addition, Cage The Elephant will be state-side starting in July and will play US festivals including Forecastle Festival, Lollapalooza, Osheaga Music & Arts, Mempho Fest and Cal Jam with The Foo Fighters and Queens of the Stone Age. Tickets for these dates are on-sale now and available here.

Cage The Elephant received their first GRAMMY® AWARD for Best Rock Album for their fourth studio album, Tell Me I’m Pretty, which was produced by Dan Auerbach of The Black Keys. At radio, Cage The Elephant holds the record for the most #1 Alternative songs of any artist this decade. Tell Me I’m Pretty’s first two singles “Mess Around” and “Trouble,” both topped the Alternative charts at #1 (“Mess Around” also hit #1 at Triple A). In addition, Trouble maintained its bullet on the Alternative radio chart for an astounding 41 weeks. “Cold Cold Cold,” went top 5 at both Alternative and Triple A. Watch the video for “Cold Cold Cold” and “Trouble,” both directed by singer Matt Shultz.

“It’s a daring, deliberate shift for Cage The Elephant” – The New York Times