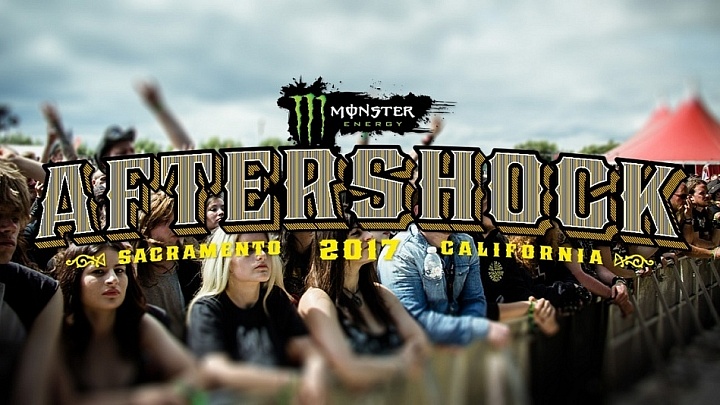 Maynard James Keenan says, “I’m delighted to be completing my musical trifecta by returning to the Aftershock festival with A Perfect Circle. Join us for a celebratory glass or three at the Caduceus Cellars & Merkin Vineyards Wine Garden all weekend long.”

Marilyn Manson says, “A perfect time in the world to share a stage with Ozzy. Here comes the storm.”

The daily music lineup for Monster Energy Aftershock is as follows:

Monster Energy Aftershock founder Danny Wimmer of Danny Wimmer Presents explains, “Over the past five years, Aftershock has continued to grow as one of the most diverse rock experiences in America. We continue to push the limits this year with Nine Inch Nails and Ozzy Osbourne, along with artists like A Perfect Circle, Run The Jewels, Rise Against, Highly Suspect, Gojira and more.” He adds, “After the success we had with Caduceus wine at last year’s Aftershock, we continued the partnership with Maynard earlier this year at all of our spring festivals. I couldn’t be more excited to bring Caduceus Wine Garden back to Aftershock where it all began.”

Single day and weekend tickets for Monster Energy Aftershock will be available at aftershockconcert.com starting on Friday, June 9 at Noon PT. Tickets and VIP packages start at the following prices. Fans are encouraged to buy early and save, as ticket prices will increase in the coming weeks. 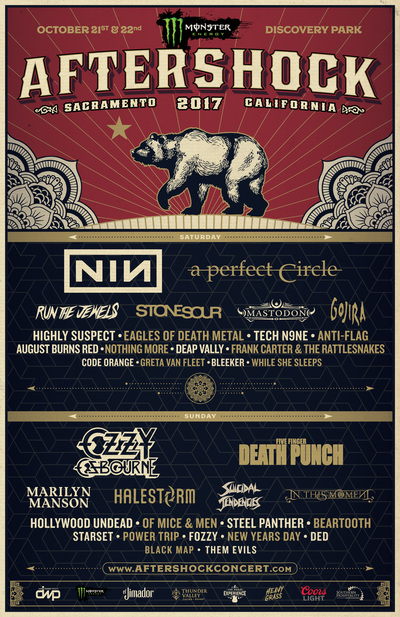 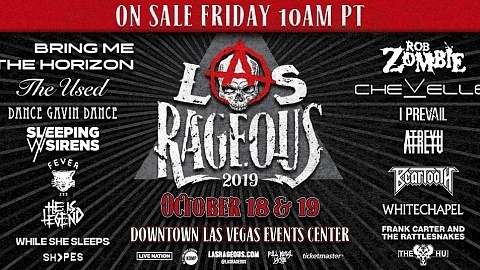 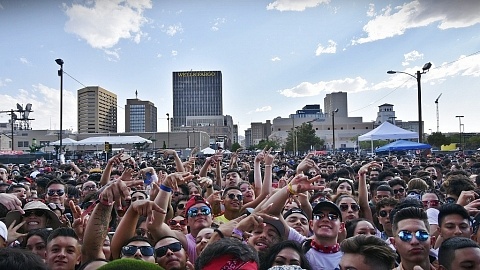