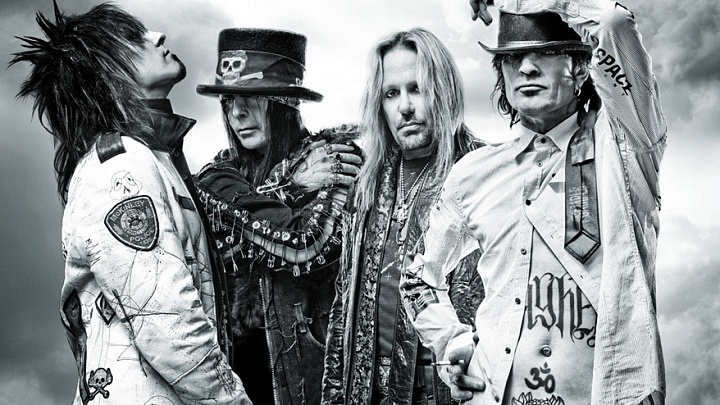 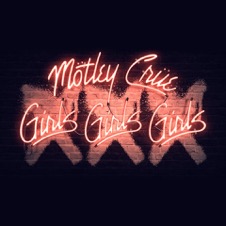 Iconic LA rock band Mötley Crüe celebrates the 30th anniversary of their fourth studio, and 4x platinum album, Girls, Girls, Girls with special album reissue bundles that will be available on August 25 via Pledge Music. Fans can get a jump start on owning the exclusive merchandise TODAY by pre-ordering bundles exclusively at Pledge Music! Various bundles will include, colored vinyl, cassette tape, commemorative poster/lithograph, vintage t-shirt, vinyl test pressings, a limited edition, numbered drum head, a flexi single of “Wild Side”, “Girls, Girls, Girls” patch, and more! The band recently celebrated the 30th anniversary on the album’s actual release date –May 15—with the announcement of the August 25 reissue. Watch the exclusive video HERE. Fans can get the latest updates surrounding the reissue and other anniversary activity throughout the rest of the year by signing up now at www.motley.com.
Mötley Crüe paved the way for rock bands to push the envelope since the band’s inception and their music, as well as their antics, provided them a successful 36-year career as a leading force in rock around the world. 1987’s Girls, Girls, Girls included 3 smash hits, “Wild Side,” “You’re All I Need,” and the title track, which became a global success, despite the original uncensored video being banned from MTV at the time! Watch the statement making Girls, Girls, Girls video HERE. The album itself, explores themes inspired by the band’s hard-living lifestyle of booze, drugs, strip clubs, love of motorcycles, and death.

Mötley Crüe bassist Nikki Sixx says: “It’s hard to believe Girls, Girls, Girls already turned 30 this year. We went against the grain with this album when it first came out in 1987. The music and lyrics reflect what was going on in the streets of Los Angeles at that time. A big thank you to all the fans who have made the album stand the test of time. It’s really cool to now see a new generation of fans exploring and digging Girls, Girls, Girls three decades later.”

TO SEE ALL BUNDLE CONFIGURATIONS AND DETAILS OF THE PLEDGE CAMPAIGN, GO HERE!