Guns N Roses’ bring their Not In This Lifetime Tour to AT&T Stadium in Arlington, TX 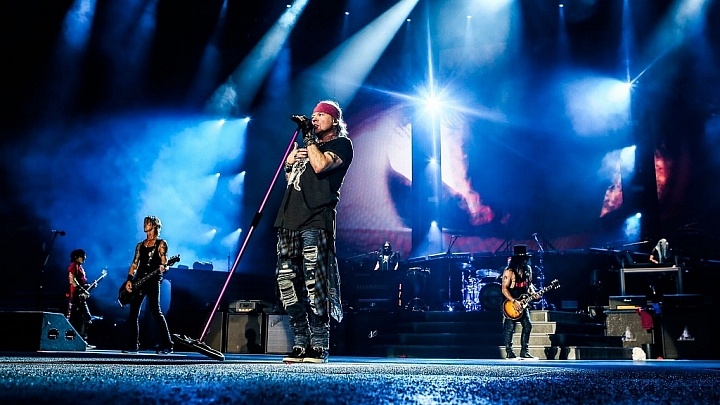 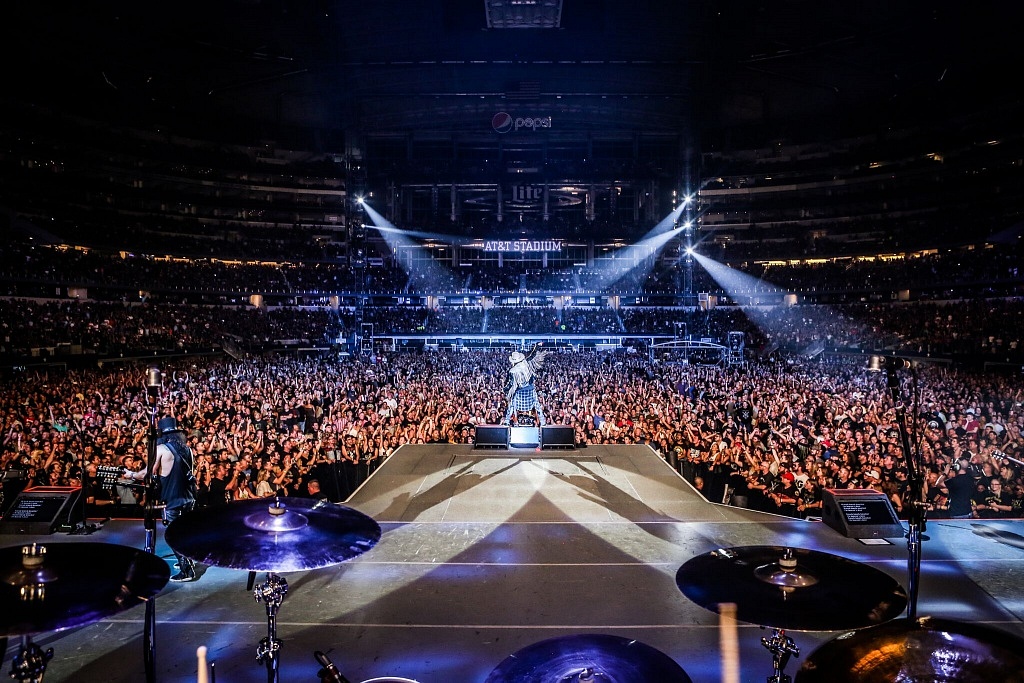 It has been a crazy year for Guns N’ Roses fans.

The prospect of ever seeing the band (or at least the core three members) reunited was a pipe dream at best. It was something to think on how and imagine how sweet it would be, but actually seeing Slash or Duff McKagan in the band they had each parted ways with about twenty years ago… well, even the odds of winning the lottery aren’t that astronomical. And then came all the rumors of Axl Rose, Slash, and McKagan teeming back up.

Of course, Guns N’ Roses hasn’t gone anywhere over the last three decades, though I think everyone would agree that there was a certain spark lacking since, even with Rose’s immense talent as he made sure the band persevered.

Sudden rumors of the three teaming back up were realized at the start of 2016, when GNR was announced as the headliner for Coachella, and a couple months later came news of the aptly titled Not in This Lifetime… Tour, appeasing fans all over North America.

The name was a reminder of how bleak this reunion had always seemed, while also giving hope that you never know what the future holds, and really, anything is possible.

Skip ahead to this Wednesday night, where nearly every rock fan in North Texas headed to AT&T Stadium in Arlington to see what was once touted as the greatest rock band ever in their full glory, mostly. (Some people couldn’t resist nitpicking that it wasn’t the true original lineup, but having the three heavyweights back together was more than enough for most fans, as it should have been.) 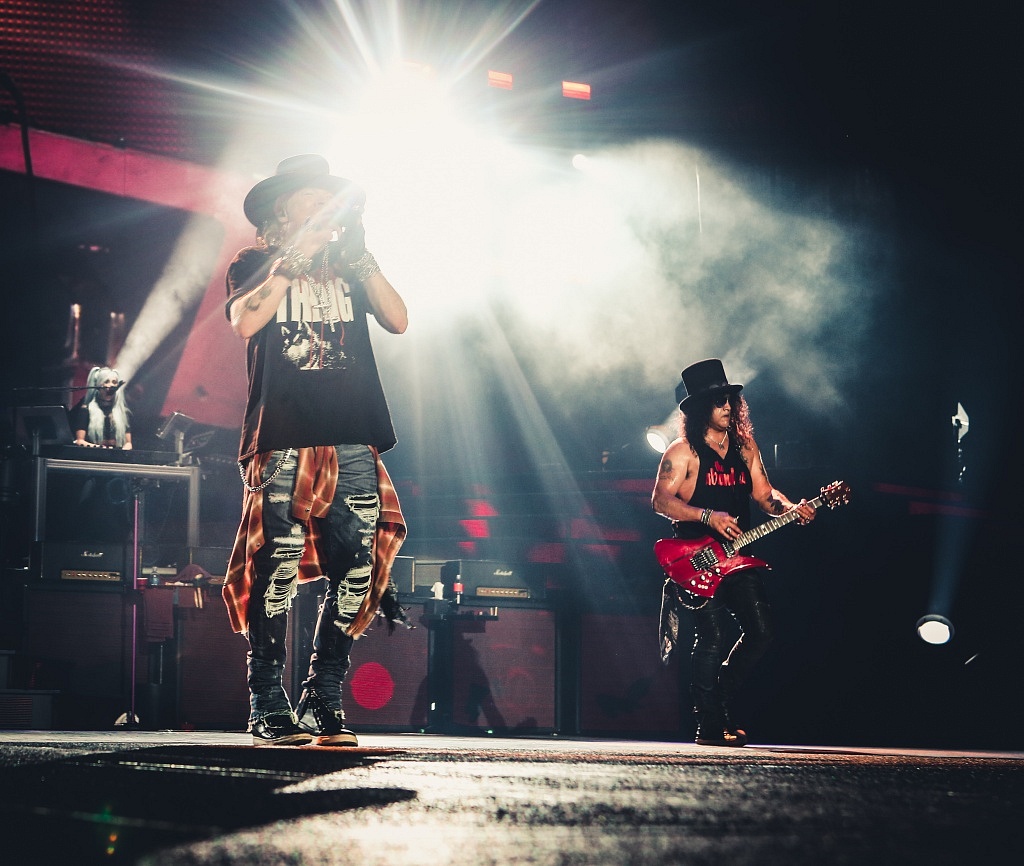 Coincidentally, The Cult was the opening band for the night, a band Guns N’ Roses had once supported back during The Cult’s 1987 North American Tour. Years have passed, but you were left wondering if times have really changed all that much.

Ian Asbury and company did their best to get the crowd pumped during their 50-minute long set, which featured some of their best music from throughout their storied career. Overall, The Cult did an amazing job opening for a band that quite frankly has superseded any band that from that era with the limited amount of music put forth. No one other that Metallica has had a greater presence in music since.

After a short break, the GNR logos became animated and showed the famous revolvers, which were then replaced by various guns and other artillery. As each fired off, the crowds anticipation mounted.

As the theme for Warner Bros. “Looney Tunes” came on over the PA system, the crowd knew their wait was over. McKagan made his way onto the stage first followed by Slash, Richard Fortus and finally, Rose. As the first notes of “It’s So Easy” rang out the crowd was sent into a frenzy. Nostalgia was back and Rose had home pretty big shoes to fill… his own.

As the evening progressed and hit after hit came pouring out of the vertical wedges. It was easy to see that this would be a memorable night indeed. About the only lull this evening would be when “Chinese Democracy” was added to the mix. Judging by the reaction of the fans around me it was clear that they didn’t feel this particular song had any reason to be included in the set. Even then, it was just one song out of more than two dozen, so dealing with it wasn’t too bad. 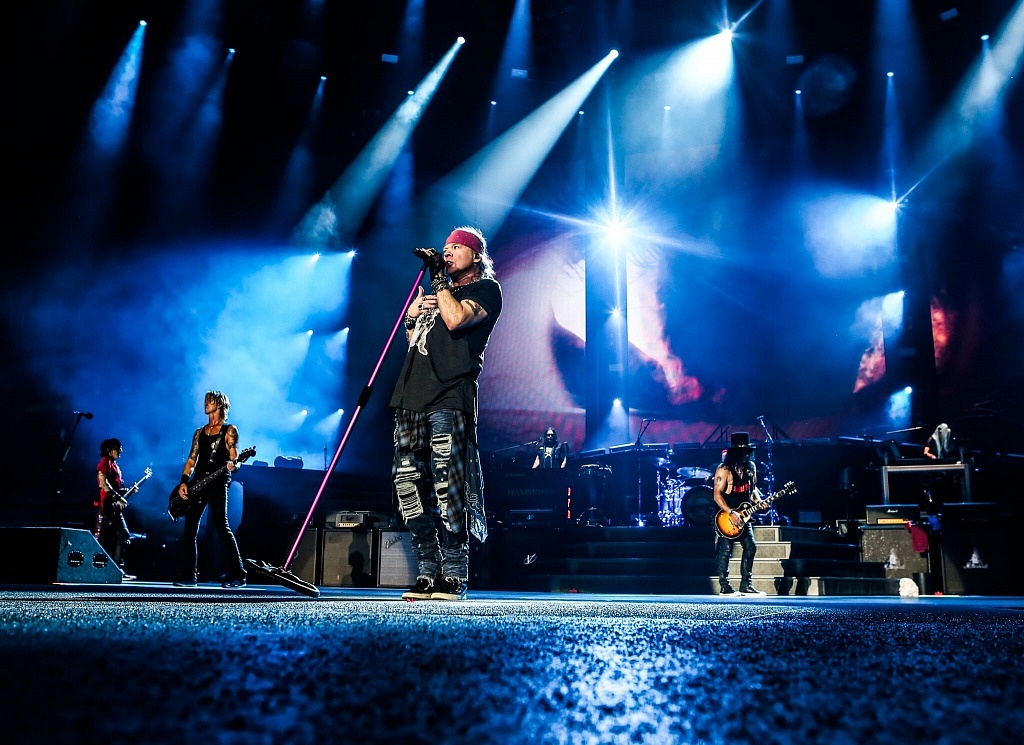 Throughout the evening Slash performed on an assorted array of guitars, ranging from a classic starburst to a double neck Les Paul; while McKagan used the evening to pay tribute to a couple of fallen heroes. He sported a shirt with an image of Lemmy on the front, and his bass had a small purple Prince logo.

Rhythm guitar duty fell to Fortus, who handled it with ease, his fifteen-year experience with Rose and these songs being noticeable, as he made it feel as if he had been one of the creative forces behind all of the hits they did. That was just how much he owned it.

Dizzy Reed was as incredible as ever, his work on the keys being quite noticeable during “November Rain”; and fellow keyboardist Melissa Reese provided some harmonies throughout the evening, balancing the sound and adding new life to some tracks, making them subtly different but in a positive way.

Frank Ferrer did an equally amazing job on drums, his precision and timing being spot on throughout the night.

In regards to Rose, his voice has recovered significantly over the years. Previous performances have been anything but lackluster. However, on this tour and on this evening in particular, his voice was exceptional.

Guns N’ Roses was never a band that preached love and peace, so the fact that many have been quick to say that the members are just there to get paid and the tension in the air is so thick you can cut it with a knife seems a bit silly. Their tough guy, everyone for themselves persona is exactly what made this band what it is.

Ultimately, what matters is the music and how it makes people feel, and I felt as though the core of the band still has it. With those three sharing a stage again, that spark is back, and it’s surging as powerfully as ever. They may be a hardened and more mature GNR now, though they’re still a formidable foe for anyone who dares criticize.