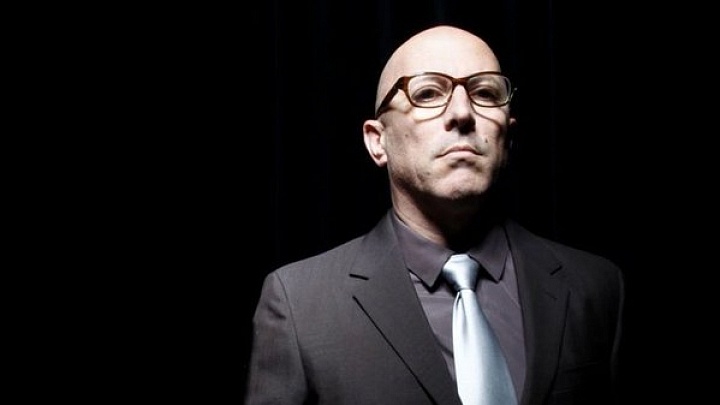 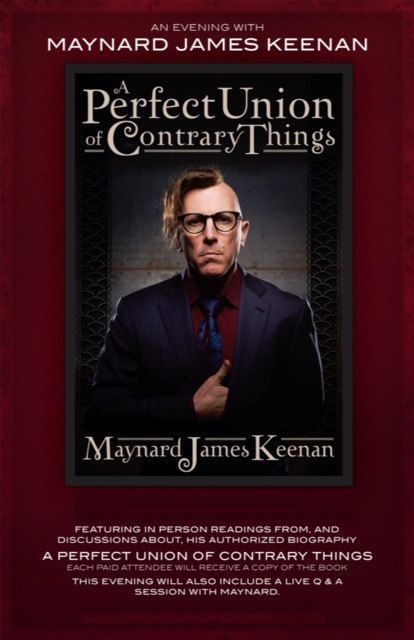 Maynard James Keenan, front man of A Perfect Circle, Puscifer and TOOL, embarks on a book tour this fall to accompany the release of his authorized biography, A Perfect Union of Contrary Things, with the first two dates confirmed for Nov. 9 at Nashville’s City Winery and Nov. 16 at The Empty Bottle in Chicago.

Keenan, who is known for not merely being protective about his personal life but at times pointedly cagey and misleading about his history, will participate in a moderated discussion about the book and his decision to share such intimate details about his life. The special evening also includes Keenan reading passages from A Perfect Union of Contrary Things with a backdrop of never before seen photos and videos, as well as taking questions from the audience in what will be a rare moment of direct interaction between the elusive musician and the fans of his projects.

Tickets for the Nashville and Chicago events are on-sale this Friday. Additional dates will be announced soon.

About A Perfect Union of Contrary Things

A Perfect Union of Contrary Things presents the outtakes, the scenes of disappointment and triumph, and the events that led Maynard James Keenan to take one step after the next, to change direction, to explore sometimes-surprising opportunities. Included throughout are passages in Keenan’s own words, often-humorous anecdotes that illuminate the narrative. Commentary by his family members, friends, instructors, and industry colleagues rounds out the Sarah Jensen penned memoir with a foreword from American visionary artist and longtime Keenan friend, Alex Grey. The biography arrives on Nov. 8 via Backbeat Books, an imprint of Hal Leonard Performing Arts Publishing Group.