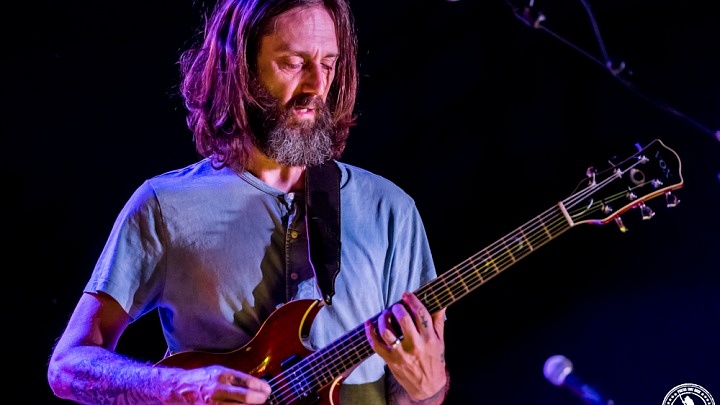 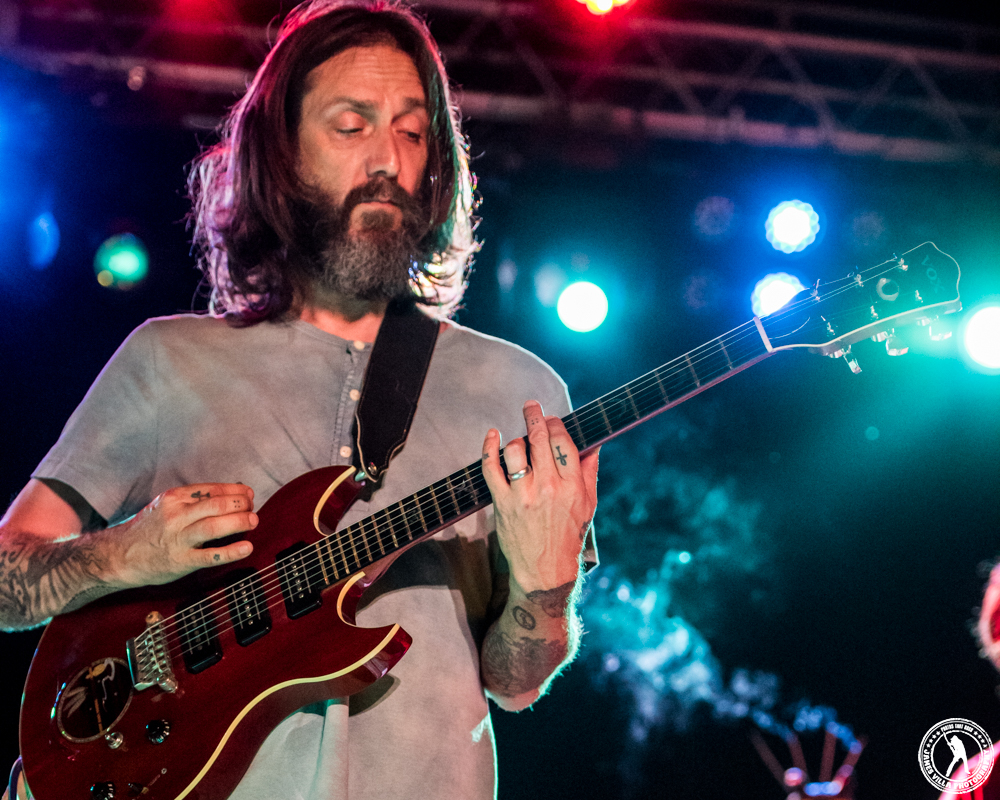 Texas summer had come a little early, making this Friday a scorcher, with the humidity sticking around late into the night.

Many wouldn’t have considered it to be good weather to go to an outside concert, and some that had planned on going to such an event may well have just scrapped their plans. Not Chris Robinson fans though. They were out in full force this night to see Chris Robinson Brotherhood’s return to Gas Monkey Bar and Grill, after having been through just last fall.

The start time was nine-o’clock, at least that was what was listed, and everyone heeded it, the outdoor patio being packed to the gills as that time approached. Maneuvering to find a spot was a bit of a challenge, especially if you wanted to see over others. It all just went to show what a highly regarded musical figure Robinson is even post-post The Black Crowes.

It was more about a quarter after nine before things got going, the short delay not bothering a single soul, everyone breaking into some roaring fanfare when CRB took the stage. Robinson was beaming at everyone, appearing as if he almost didn’t know what to do with all the applause and cheers, as if he didn’t feel he was worthy of it, though he was going to soak it in. As he should, ‘cause he does deserve it.

A handful of covers were squeezed into this An Evening with… performance, though few were The Black Crowes songs, something the audience was okay with. They hadn’t come out here wanting or even hoping to get a trip down memory lane; and to kickoff set number one, Robinson and company launched into “Shake, Rattle and Roll”, doing more of a roots rock rendition of the Big Joe Turner & His Blues Kings classic. 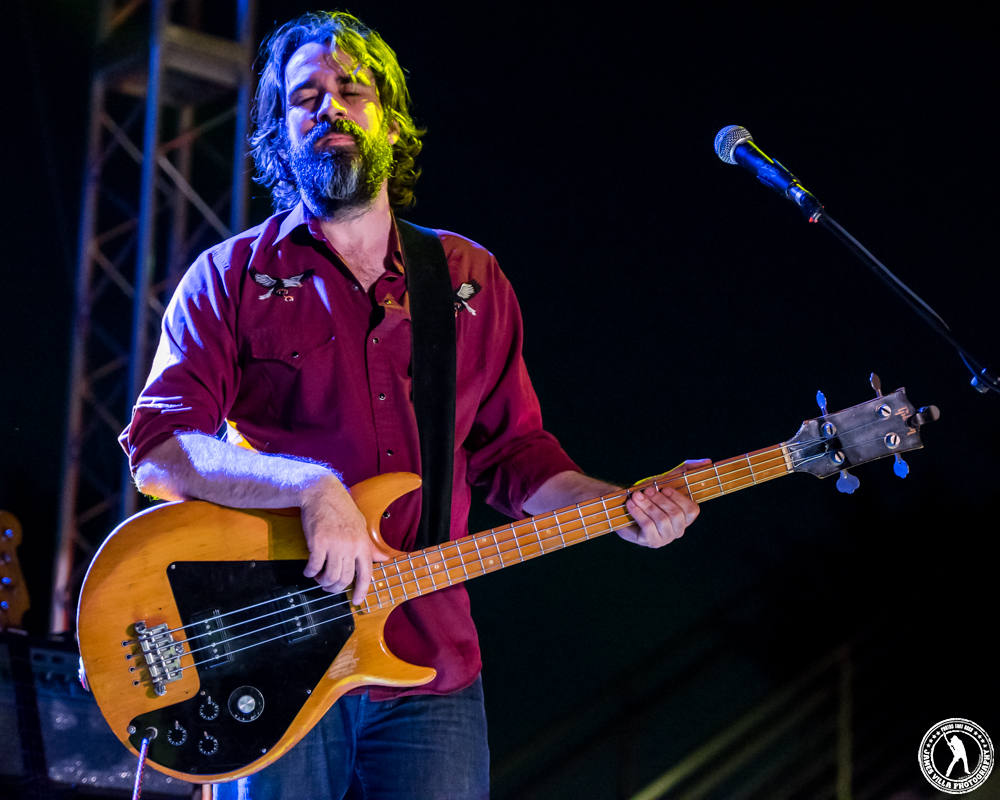 Cover songs would act as the bookends to this first set, though it was everything that came in between that highlighted their prowess as musicians, ones like “Leave My Guitar Alone”. Like so much of Chris Robinson Brotherhood’s music, it sounded as if it fit in with a bygone era, the soulful bluesy track boasting a few jams, where anyone from guitarist Neal Casal to keyboardist Adam MacDougall briefly stepped towards the forefront as their instruments took command.

“Forever as the Moon” was one of the highlight songs of the night, and shortly after finishing it, Robinson addressed the spectators for the first time, saying it was good to be in a communal setting with the moon. “…We are moon people, because the future drove is into the night,” he said, quickly adding a “just kidding” as he drew a laugh from everyone.

The further along they got into the show was when they began hitting their stride, “Star or Stone” being a shining example of how they all relied on each other’s chops to make it through, the instrumental/jam portion being riveting; while the three-part harmonies Casal and MacDougall struck up with Robinson sounded phenomenal, personifying beauty.

An enthralling rendition of Otis Redding’s “Hard to Handle” saw out set one, which had lasted right about an hour, and in an effort to put their own mark on the song, they tossed some instrumental segments in to it, before Robinson promised they would be back after a short break. 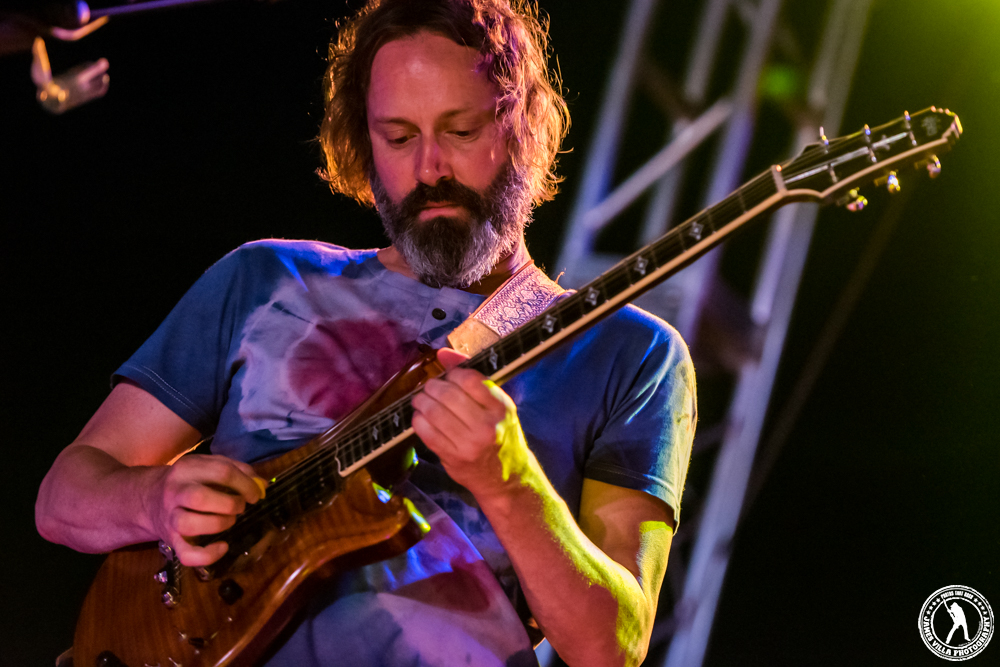 As the thirty-minute break (give or take) began, you couldn’t help but wonder how many acts could be capable of doing something like that. Honestly, at a venue that’s pushing capacity, even though everyone is there for the purpose of seeing whatever band it could potentially be, how many have fans that would stick around waiting for act two? I could be wrong, though I doubt many bands have fans that would, even if it is a quick break, and would instead just think they had heard enough and call it a night.

The only place anyone went at that point was inside to the bathrooms or to grab another drink, because once 10:51 rolled around and the second set got underway, the patio was once again teeming with life.

That period of rest allowed them to look pretty fresh when the retook the stage, as if the show was just getting started, while retaining the groove they had settled in to, busting out the almost fiery “Alcatraz” with a passion.

That was the first of another eight songs, which also included “It’s All Over Now, Baby Blue” and “One Hundred Days of Rain”, the former (that Bob Dylan cover) being right in the wheelhouse of Chris Robinson Brotherhood. 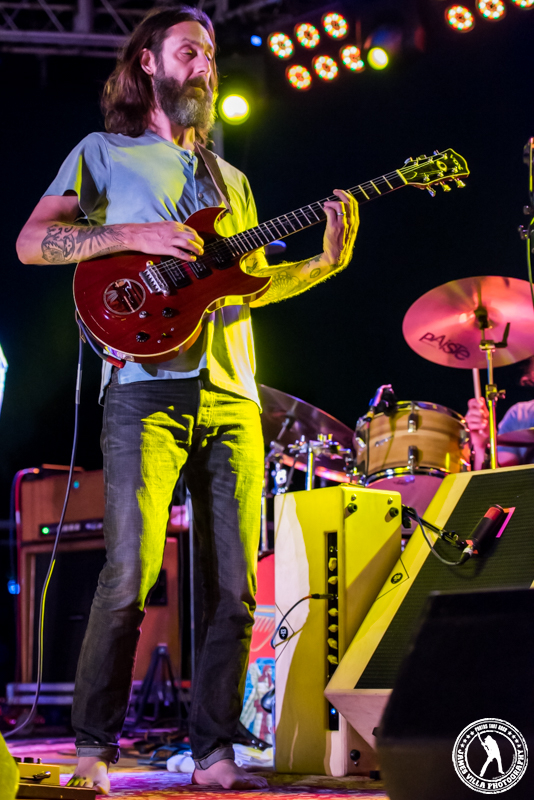 The night nearly over, the Southern rock gem “I Ain’t Hiding” was the only The Black Crowes song heard this night and it proved to be an excellent choice on the bands part, as they got everyone feeling invigorated by the electrifying number. After, only one song remained, though even after it no one was ready for the show to be over just yet, and they kept on vocalizing their desire for an encore until Robinson, drummer Tony Leone, bassist Jeff Hill, MacDougall, and Casal granted the request, returning to do The Wailers’ “Stop That Train”.

Seeing Robinson live — in any of his bands — was a first for me, and witnessing his musicianship and getting to take in his artistry was something to behold.

A king of the blues rock/Southern rock/jam styles of music, Robinson has surrounded himself with a cast of musicians where they’re all able to bring out the best in one another, musically speaking.

It was a night of great music and exceptional talent, all well worth enduring the humidity for.