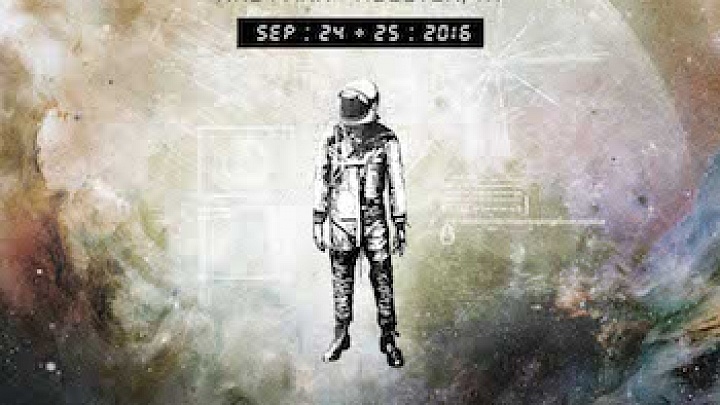 LINEUP TO BE ANNOUNCED MONDAY, MAY 16 AT NOON CDT
DISCOUNT EARLY BIRD TICKETS AVAILABLE TUESDAY, MAY 17 AT NOON CDT 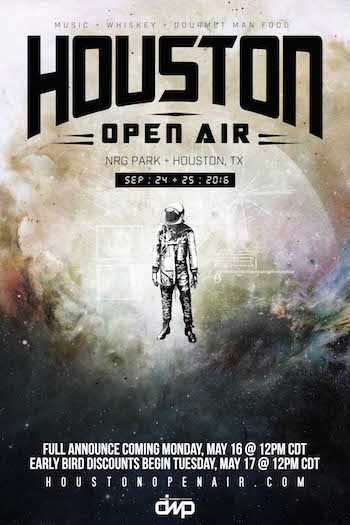 Following a weekend of record breaking attendance in Florida—including more than 50,000 at a sold out Monster Energy Welcome To Rockville in Jacksonville and over 23,000 at Monster Energy Fort Rock in Fort Myers–Danny Wimmer Presents has announced the first annual Houston Open Air music, whiskey, craft beer and Gourmet Man Food festival debuting Saturday, September 24 and Sunday, September 25 at NRG Park, home of the NFL’s Houston Texans and the Houston Livestock Show and Rodeo.

The full list of Houston Open Air music, whiskey, craft beer and artist-inspired beverages, as well as the Gourmet Man Food lineup, will be revealed on Monday, May 16 at Noon CDT with early bird festival ticket discounts available Tuesday, May 17 at Noon CDT via the Houston Open Air website (www.HoustonOpenAir.com).

Houston Open Air producer Danny Wimmer of Danny Wimmer Presents explains, “We’re excited to bring a new rock festival to Houston. I have been looking at Houston for years. The market has all the elements needed for a unique destination festival: a strong rock community, a vibrant food scene, and a love of great whiskey and craft beer. We’re looking forward to bringing the Houston market a full festival experience with top rock bands, showing the rest of the country all that Houston has to offer, and helping to showcase some of the reasons that the Washington Post named Houston as one of the Top 5 food cities in America.”

Given the devastation caused by the recent flooding, Houston Open Air festival organizers are in talks with the Houston Mayor’s Office to highlight local disaster relief efforts and fundraising. Details of this program will be announced along with the lineups. In the meantime, we encourage people to donate to http://www.houstonrecovers.org/.

NRG Park is located at One NRG Park in Houston, TX. For more information on Houston Open Air, visitwww.HoustonOpenAir.com.

Hotel discounts are available now via the Curadora link at www.HoustonOpenAir.com.