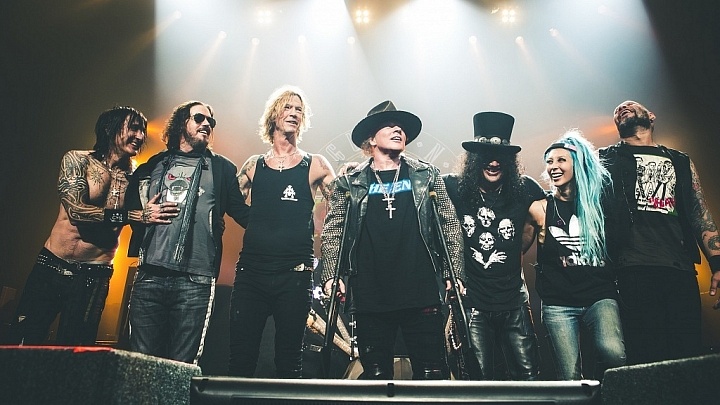 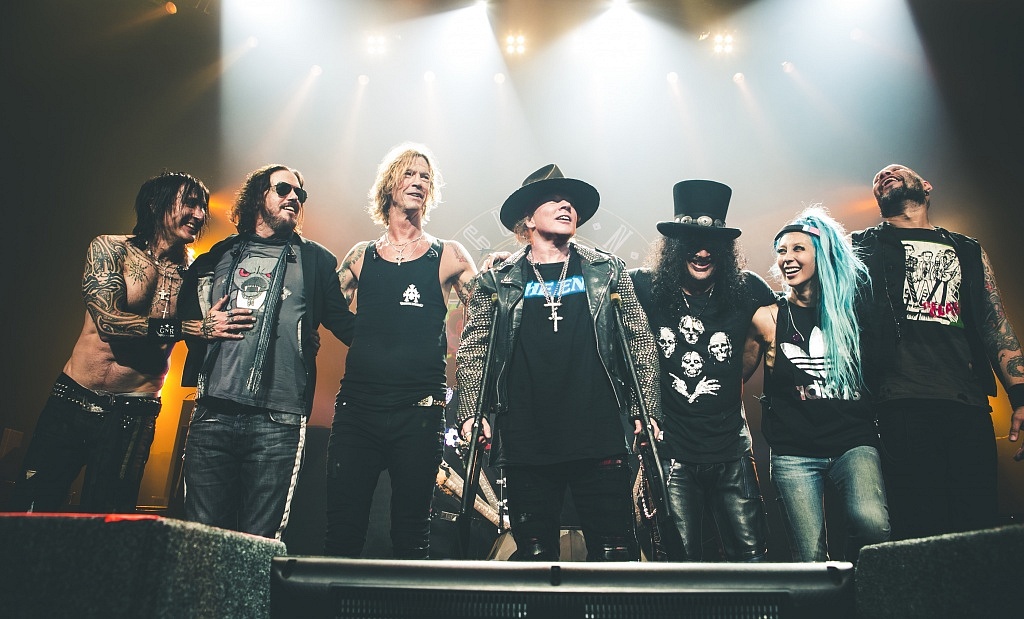 Two legends of rock music, Alice In Chains and Lenny Kravitz, are set to join Guns N’ Roses on their historic Not In This Lifetime Tour. Alice In Chains joins the tour from opening night, Thursday, June 23 in Detroit, Mich. at Ford Field and will perform through the tour’s second Chicago date at Soldier Field on Sunday, July 3. Lenny Kravitz will then join the tour from Tuesday, July 19 starting at the first Boston, Mass. date at Foxboro Stadium and perform through the tour’s second date at East Rutherford, NJ on Sunday, July 24. Demand for tickets to the Not In This Lifetime Tour continue at an unprecedented pace as additional shows were recently announced including Chicago (July 3), Boston (July 20), New York City (July 24) and two brand new dates in Los Angeles (August 18 & 19). A full list of tour dates is below.

One Million fans and counting will be part of the most celebrated music event of the past few decades when the tour of the summer kicks off on Thursday, June 23 in Detroit! Guns N’ Roses launched their return in spectacular fashion beginning with the Troubadour in Los Angeles on April 1 for their first live performance in more than 20 years followed by back-to-back arena shows in Vegas filling the house to the rafters, then Coachella for two weekends (April 16 and April 23) including a trip south of the border for two sold out stadium shows in Mexico on April 19-20…April saw almost a half million fans alone in North America! Guns N’ Roses’ are Axl Rose, Duff McKagan (bass), Slash (lead guitar), Dizzy Reed (keyboard), Richard Fortus (rhythm guitar), Frank Ferrer (drums), and Melissa Reese (keyboard).

Following the group’s 1985 formation, Guns N’ Roses injected unbridled, unrivaled, and unstoppable attitude into the burgeoning Los Angeles rock scene. The spirit went on to captivate the entire world with the release of their 1987 debut Appetite for Destruction –the best-selling U.S. debut ever, moving 30 million copies globally. In 1991, the seven-time platinum Use Your Illusion I and Use Your Illusion II occupied the top two spots of the Billboard Top 200 upon release. Over the course of the past decade, Guns N’ Roses have performed sold out shows and headlined festivals worldwide following the critically acclaimed release of 2008’s RIAA platinum-certified Chinese Democracy. Six studio albums later, Guns N’ Roses are one of the most important and influential acts in music history and continue to set the benchmark for live performances connecting with millions of fans across the globe.
www.gunsnroses.com
#GnFnR

Alice In Chains’ most recent release was the GRAMMY nominated album The Devil Put Dinosaurs Here, which entered Billboard’s Top 200 at No. 2 and debuted at No. 1 on Billboard’s Alternative Albums Chart. Rolling Stone gave the record three stars, as did USA Today, who praised it as an album of “undeniable power.” Spin called it “an assured, diverse, heated record with galvanized hooks,” Pitchfork said it’s “as insistent as [landmark album] Dirt,” and the Seattle Times wrote, “Jerry Cantrell, William DuVall, Mike Inez and Sean Kinney continue to defy expectations” and that “Alice In Chains is better than ever.” Over the course of their remarkable career, Alice In Chains has garnered multiple GRAMMY nominations, sold more than 20 million albums worldwide and amassed a diehard international fanbase whose members number in the millions. They remain one of the most successful and influential American rock bands of all time. 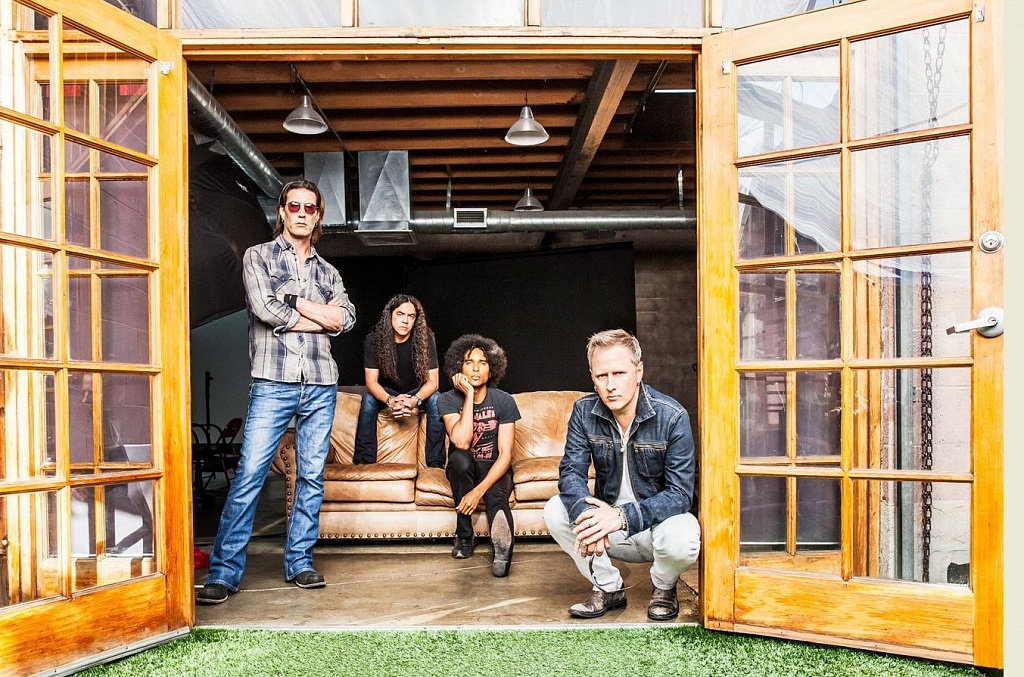 Regarded as one of the preeminent rock musicians of our time, Lenny Kravitz has transcended genre, style, race and class into a 20-year musical career, one which revels in the rich influences of ’60s and ’70s soul, rock and funk. Having sold over 38 million albums worldwide, Kravitz’s talents as a writer, producer and multi-instrumentalist have resonated through ten studio albums into a timeless catalog. He has won four consecutive GRAMMY Awards, setting a record for the most wins in the “Best Male Rock Vocal Performance” category. Lenny Kravitz’s appeal has also been recognized by his peers; his collaborative efforts are as varied as his own influences, having worked with Madonna, Drake, Aerosmith, Jay-Z, Mick Jagger, Miguel, and Alicia Keys. His most recent studio album Strut was released in September 2014 via Roxie Records. The album was named one of Rolling Stone’s “Top Albums of the Year.” Lenny Kravitz is currently in the studio recording a new release that is set to debut next year. 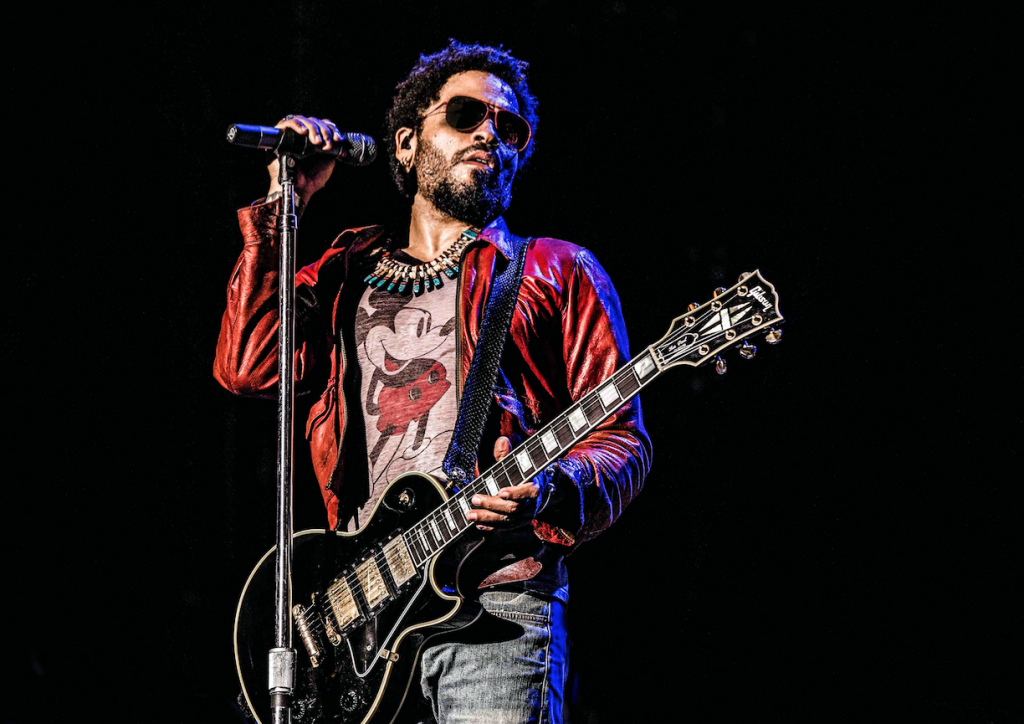 GUNS N’ ROSES NOT IN THIS LIFETIME TOUR

All dates, cities and venues below subject to change.
* – with Alice In Chains
** – with Lenny Kravitz