An Evening with James Taylor at Winstar World Casino in Oklahoma 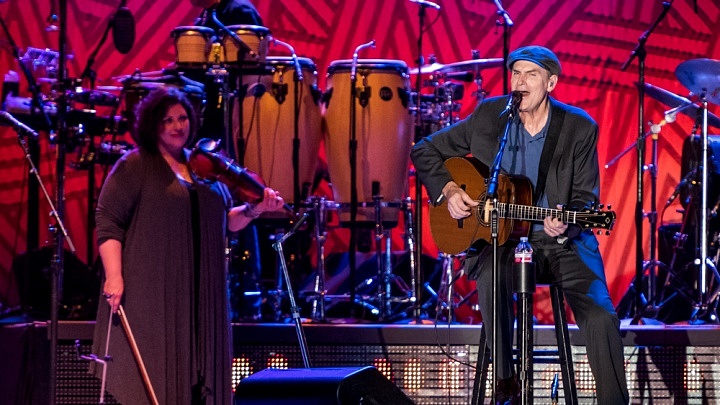 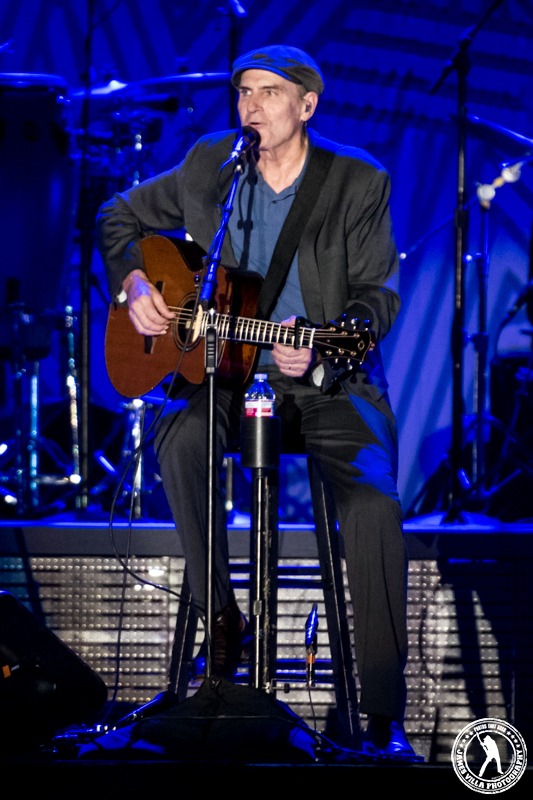 Though some of his songs have little edges, it’s generally a fine and mellow feeling you get from a James Taylor concert. The large crowd at Winstar World  Casino on Friday night got that. But they also got an impressively energetic performance from the singer-songwriter and his long-time band.

Taylor is currently touring in support of his first No. 1 album, “Before This World.”

The two-hour-plus show featured several tunes from the new disc, interspersed with some of his golden oldies. An early new number called “Montana” revealed that Taylor still has that lyrical knack for celebrating the ideal of a simple life lived within a wondrous nature. Likewise, a little later, the reverent tones of the album’s title song, segued with “Jolly Springtime,” established a similar vision of a world where we must “give up the love that takes and breaks your heart” and be ready to “watch creation repeat.”

Taylor alternated between finger-picking an acoustic guitar while seated and a much more physically animated approach. “Steamroller,” a revved-up blues tune, had him hopping around the stage while playing electric guitar. Organist Larry Goldings also turned up the volume and energy on this number.

Drummer Steve Gadd and percussionist Luis Conte were standouts throughout the evening, giving life to such tunes as “Mexico.”

Soul and funk sounds were prominently featured on “Me and My Guitar” and the classic “Knock on Wood.” A George Jones-inspired “Bartender Blues” established a pure country sound that suited the singer’s voice well. But there were also moments when more delicate vocal harmonies blended with Lou Marini’s flute and Andrea Zonn’s violin for a subtle, chamber-like effect. 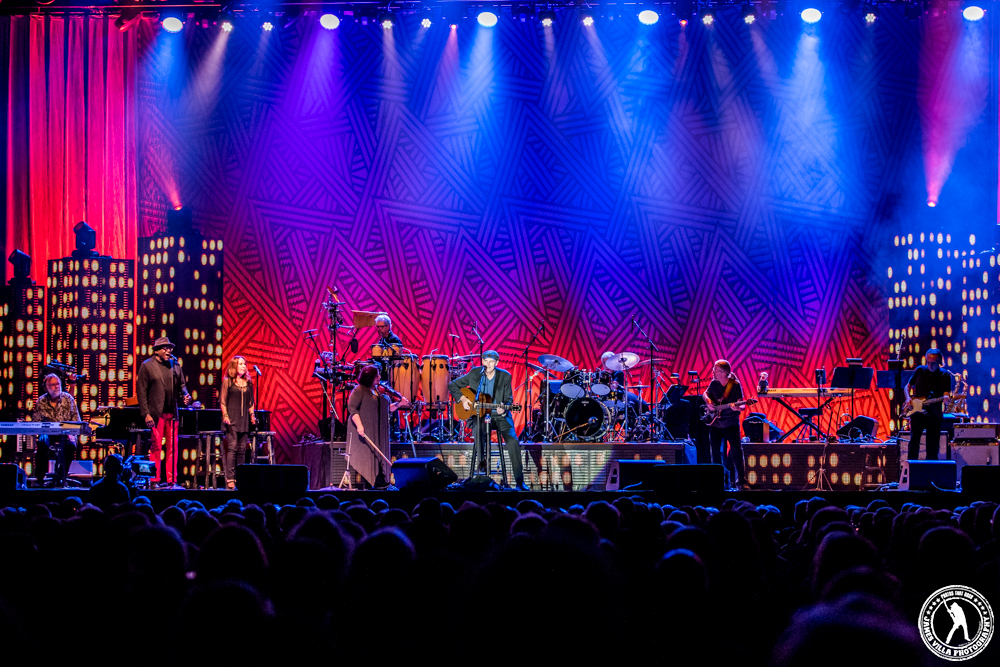 Taylor spent the intermission at the lip of the stage shaking hands and signing autographs for his faithful fans before being literally, if gently, pulled back into playing position by Zonn. This latter bit of stage theatrics contributed toward an evening-long emphasis on the friendly, playful ties among band members.

“Angels of Fenway,” a new tune in celebration of the Red Sox and their long-standing fans, featured images from the team’s history on the large video screen at the back of the stage. Taylor will play that ballpark later in the summer.

Of course, no James Taylor concert would be complete without such classics as “Fire and Rain,” “Sweet Baby James” and “Carolina on my Mind,” which the singer offered in sturdy versions along with brief spoken remembrances of his early days in the music business. “Carolina” was particularly notable for the harmonies established between Taylor and his three backup singers, who also got into the groove, as did the crowd, on “How Sweet It Is (To Be Loved By You).”

The singer’s voice began to show just a little wear by the time of the last encore, a take on perhaps the loveliest piece from the new album. With its romantic theme and gentle lilt, “You and I Again” was a nice, thoughtful closer to a satisfying concert that finished with the star promising to “see you next time.”