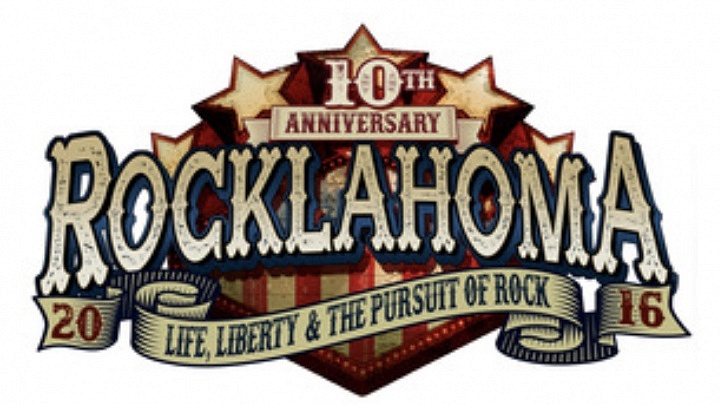 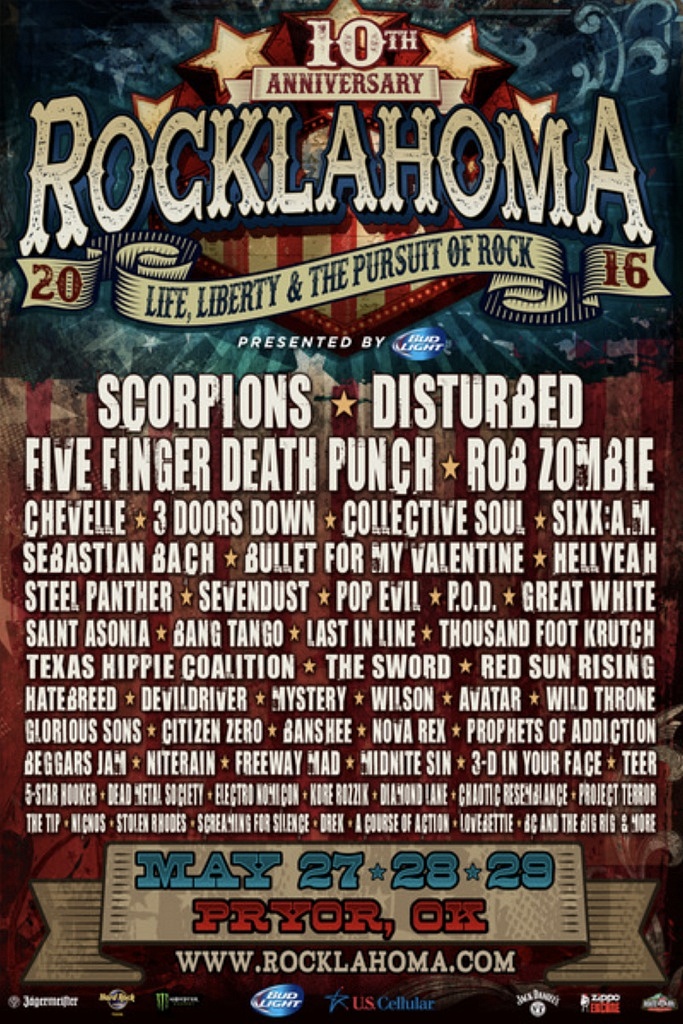 Rocklahoma is celebrating its 10th year on May 27, 28 & 29 at “Catch the Fever” Festival Grounds in Pryor, OK, just outside Tulsa. America’s Biggest Memorial Day Weekend Party–which had 60,000 fans in attendance in 2015–features the best current rock artists and classic bands, with onsite camping amenities and unparalleled VIP packages.

The three-day camping festival features music on three stages each day. In addition, the campground stage hosts performances during the Thursday night campground party and in the afternoon and late night hours on Friday, Saturday and Sunday.

Scorpions comment, “We’re looking very much forward to seeing all of you at the Rocklahoma Festival on Memorial Day Weekend…Are we ready to rock you like a hurricane again??? You bet!!!”

“Celebrating the ten year anniversary of Rocklahoma is something that is incredibly special for all of us involved with the festival, and we tried to have something for everyone with this year’s lineup,” comments Joe Litvag, Executive Producer of Rocklahoma for AEG Live. “We’ve got some incredible first-timers like Scorpions, Disturbed, Last In Line and Collective Soul, some fan favorites returning like Five Finger Death Punch, Rob Zombie and Steel Panther, and as a nod to the inaugural festival in 2007, we even have a few from that first Rocklahoma with Sebastian Bach, Great White and Bang Tango. It’s going to be an unforgettable anniversary party!”

Specially priced Rocklahoma weekend presale General Admission and Reserved tickets are available now. Visit the Rocklahoma Facebook and Twitter pages for a password to purchase presale tickets. Fans are encouraged to buy early and save, since ticket prices will increase at the public on-sale on Monday, January 18 at Noon CST at www.Rocklahoma.com.

A limited number of discounted tickets will also be available for active military through GovX (www.govx.com).

The campgrounds are a unique part of the Rocklahoma experience, with an endless party running around the clock for four days. General Admission Camping and VIP Camping tickets may be purchased by calling the Rocklahoma Camping Office at (866) 310-2288 starting Tuesday, January 12. Campgrounds open on Sunday, May 22 at Noon and will remain open until Noon on Tuesday, May 31.

Visit www.Rocklahoma.com and download the Rocklahoma mobile app (available for FREE via iTunes and Google Play) for more festival information.

Rocklahoma is part of the World’s Loudest Month festival series, which features the biggest names in rock music performing in eight distinct concert atmospheres across the country in April and May.

Rocklahoma is located just 45 minutes northeast of Tulsa, in Pryor, OK. The “Catch the Fever” Festival Grounds is a premier destination for a multi-day festival and includes onsite camping with access to restrooms and shower house, a general store for campers, VIP reserved seating, hospitality areas and much more.

Rocklahoma is supported by great corporate partners including Bud Light, US Cellular, Monster Energy, Zippo Encore, and Jack Daniel’s. These partners, along with many others, will feature interactive experiences, artist meet & greets, and other unique fan engagement opportunities throughout the festival.