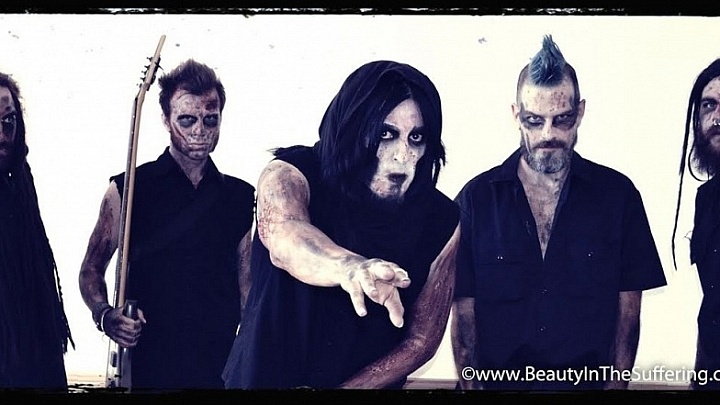 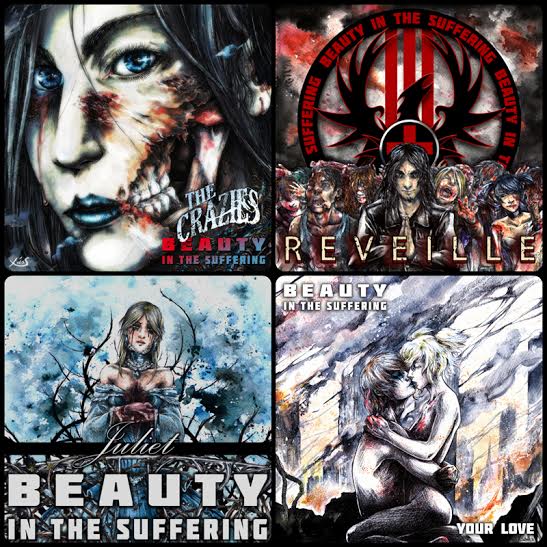 Oklahoma City based BEAUTY IN THE SUFFERING, the electro-metal project from producer Dietrich Thrall (ex-DOYLE, MARAZENE), have posted their 2016 teaser in the form of a 90 second video collage which highlights the bands upcoming releases.

“For as long as I can remember I have always heard music in my head. Usually while I am in songwriting mode and I start scatting scratch vocals I will get a good sense of a lyrical theme and from there a story emerges. Sometimes the story is vast and communal and sometimes it’s just a feeling or a mood and much more personal.
From every aspect of this project ; music, lyrics, album artwork, and video, I wanted to try and create a multi-media experience that would shine a light from different angles on different core aspects of concepts that were running around in my head despite all of the financial roadblocks most independent bands face.
For my bands first videos it just so happens the first couple of songs took a zombie apocalypse turn. But whether the setting is that of a dystopian future or focuses on interpersonal pain from the present or demons from the past my goal has and will always be to enhance the musical experience through a cinematic approach.” – DieTrich Thrall 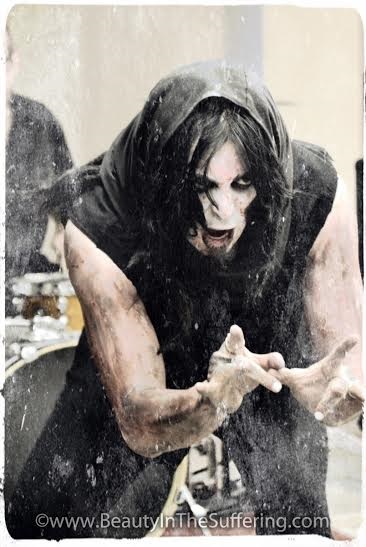 For their first outing as a new band, Thrall and team decided to adopt a horror motif, beginning with the track “The Crazies (The Zombie Song),” which is no doubt influenced by the horror classics of George A. Romero – not just the film of the same name, but his beloved Dead saga as well.

“The Crazies” is the first of four zombie-themed music videos to be released and you’ll be hearing more about the project soon.

Watch BEAUTY IN THE SUFFERING’s “The Crazies (The Zombie Song)”: