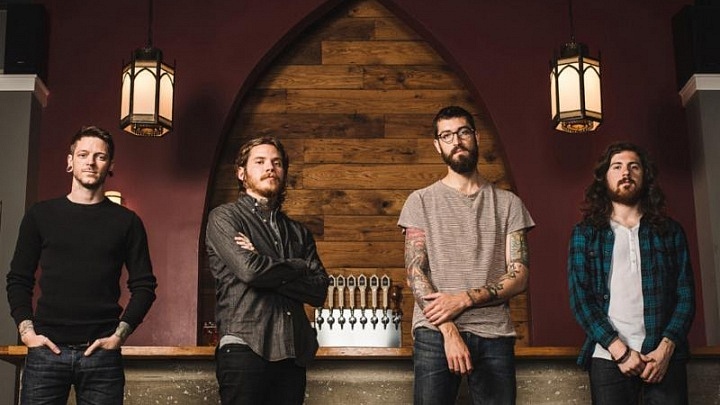 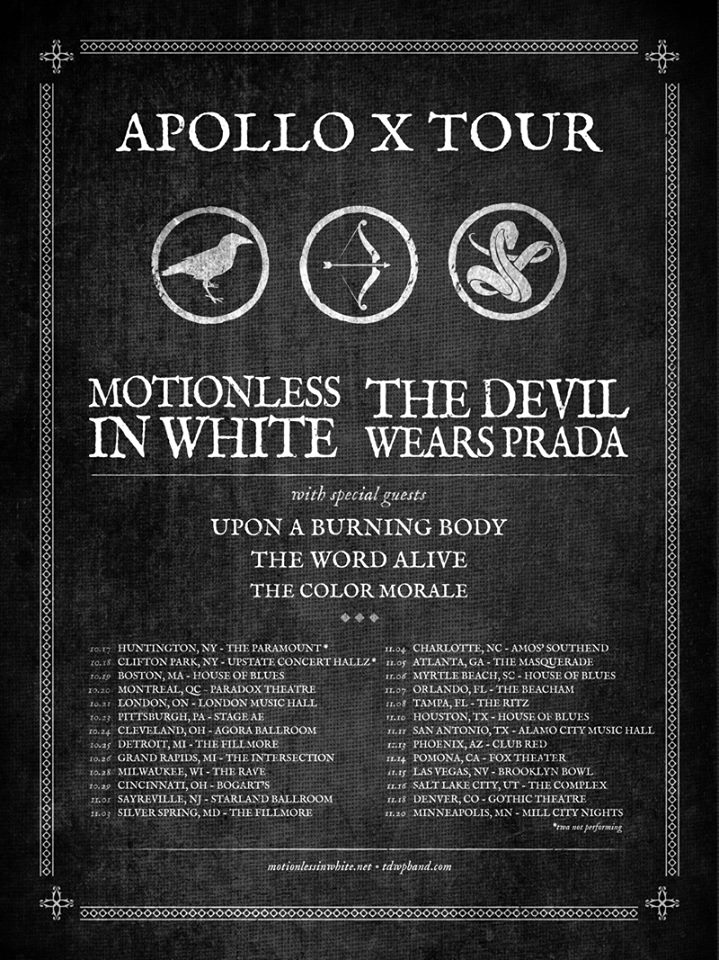 The Devil Wears Prada and Motionless in White are joining forces for a fall North American tour that kicks off October 17 at the Paramount in Huntington, NY.  Criss-crossing the continent over a five-week period, the tour will wrap up in Minneapolis on November 20. Upon a Burning Body, The World Alive, and The Color Morale will provide support. 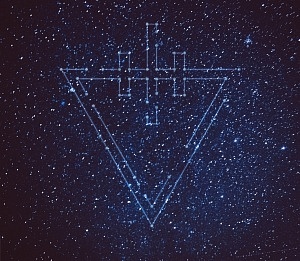 The tour follows what was a jam-packed summer for The Devil Wears Prada – Mike Hranica (vocals), Jeremy DePoyster (rhythm guitar, clean vocals), Andy Trick (bass), Daniel Williams (drums), and touring musicians Jonathan Gering (keyboards) and Kyle Sipress (lead guitar).  Over those dog days, the band played the Mayhem Festival’s Main Stage: “…the ferocity of a 13-minute punk set and the endurance of an hour long metal gig…the best of both worlds…” (FuseTV), and then saw the August 21 release of the band’s six-track, conceptual Space EP on Rise Records.  The EP had an impressive first week debut, entering Billboard’s Current Albums charts at #18.
The Scranton, PA-based Motionless in White will join up with TDWP fresh from a 27-date trek with Slipknot and Lamb of God.  The band – Chris Motionless (vocals), Ryan Sitkowski (guitars), Ricky Olson (guitars), Devin Sola (bass), Josh Balz (keyboards), and Vinny Mauro (drums) – has cultivated a hardcore following via its darkly-inspired aggression and imagery.  The band’s latest album, Reincarnate, marks a rebirth for the band.  Songs like the massive-sounding title track are essentially a call to arms letting the world know that Motionless In White is back and stronger than ever.