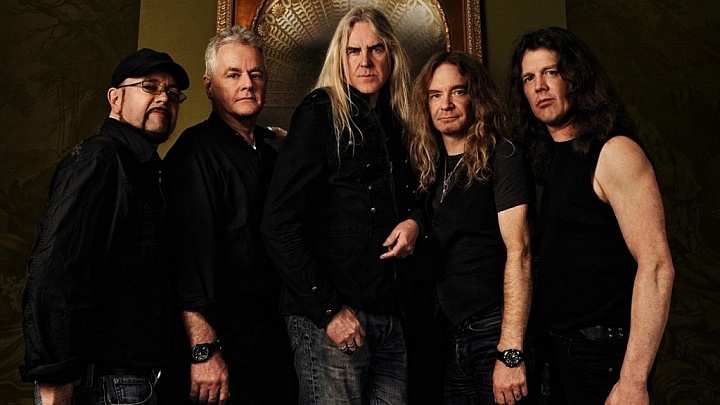 21st Album Battering Ram Out in North America via UDR Music on October 30, 2015, 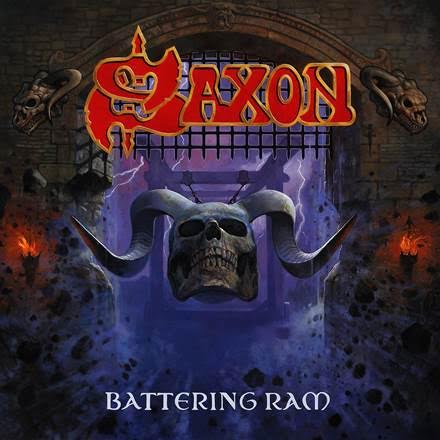 Legendary British heavy metal quintet SAXON have released their single “Queen of Hearts”, along with a lyric video, off of their upcoming, 21st studio album, Battering Ram, which will be dropping in North America via UDR Music. The new album boasts a clinically ‘heavy’ echo of SAXON’s glorious NWOBHM sound!

“With “Queen of Hearts” I wanted to write something around Lewis Carroll’s Alice In Wonderland, and it’s about the chess game that happens in the story. I wanted it to have prog-feeling in the way of its ambiance and mood. Then you have songs like “Destroyer” and “Hard and Fast” which are ‘80s inspired songs with that modern slant on it. I’m a big fan of Marvel comics, and I wanted to write a song around the character Destroyer, and with “Hard and Fast” it’s as the title suggests, about driving fast! I do like to tie the lyric into the song, so if it’s going to be a song about driving fast, well, it has to be a fast, hard song!”

Produced by Andy Sneap (Megadeth, Testament, Exodus, Accept) at his Backstage Recording Studios in rural Derbyshire, SAXON were able to hone in and whittle down any excess, finding the sonic space and balance to let Battering Ram’s riffs and melodies get the necessary space to scream front and center, Sneap bringing a crispness to the sound which evokes memories of the early ‘80s without for one moment sounding dated.

Pre-Order Battering Ram on iTunes (with “Battering Ram” Instant Grat track) and Amazon (in various formats including CD in Ecolbook, 180 gram Vinyl, and Limited Edition Boxset containing CD, Vinyl and a Bonus CD, with the band performance of their Denim & Leather Tour “Saxon Over Sweden 2011” – 18 tracks)!