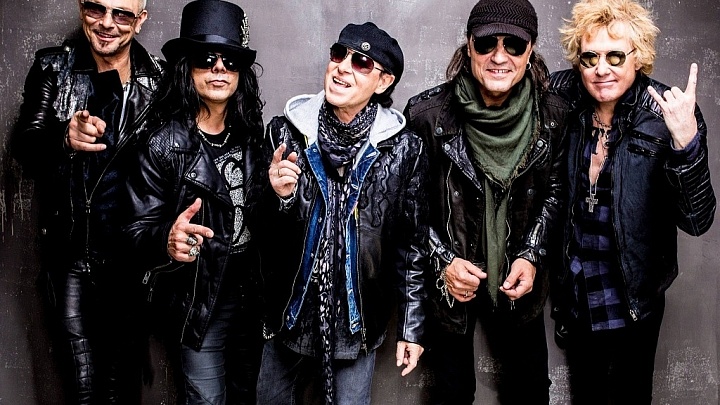 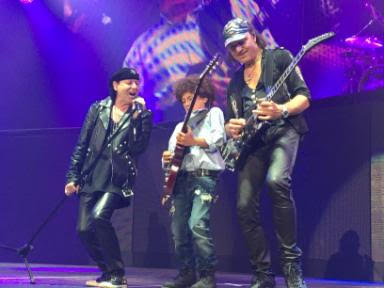 During the 9/13 Yahoo live stream from Barclays in Brooklyn, legendary rockers Scorpions were joined by a very special guest– 12 year old guitarist Brandon Niederauer!  The third generation Scorpions fan accompanied his favorite band for a rousing performance of “No One Like You.”

“’Rock You Like A Hurricane’ was the first song, and solo, I ever learned and played in my first performance at age 8.  The Scorpions’ music is a big influence on my playing.”  – Brandon Niederauer

Niederauer hails from Long Island where he spent his formative years playing his Gibson Les Paul – he became a fan of Scorpions while playing video games. The prodigal guitarist will grace the Broadway stage this fall in Andrew Lloyd Webber’s School of Rock launching November 9.