We Are Harlot Pushes Through Technical Difficulties in Dallas 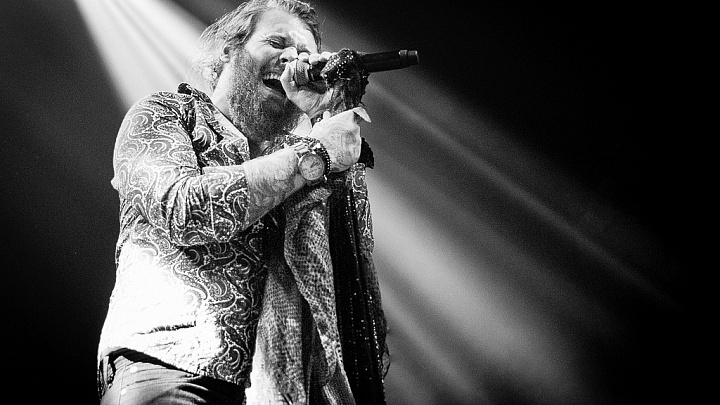 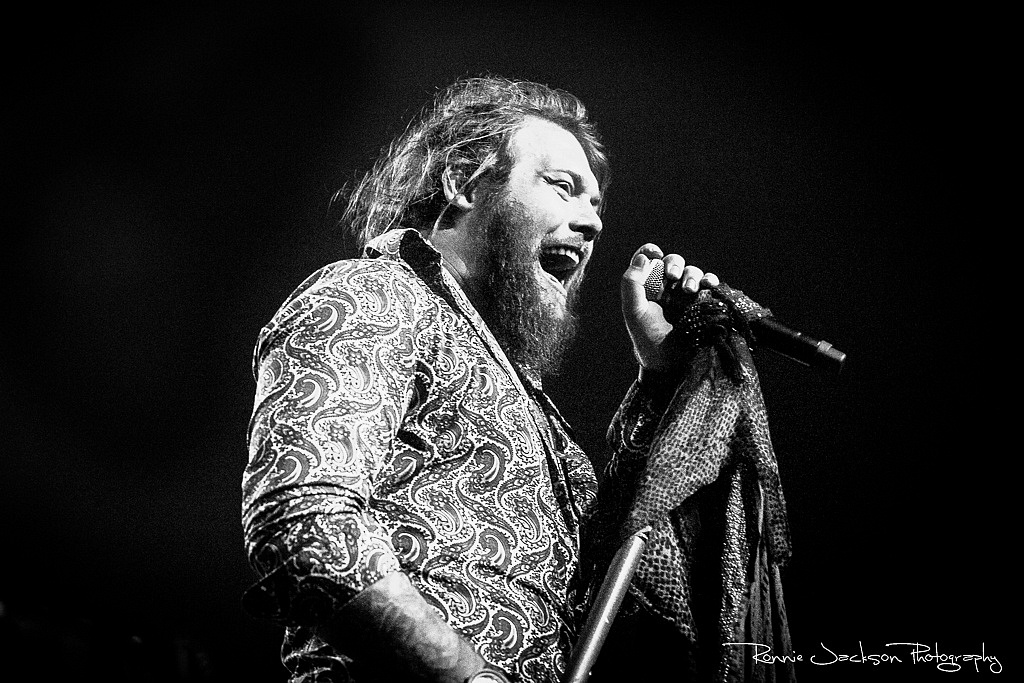 Barely more than a month before, We Are Harlot had been in Dallas to kick off a festival an area radio station was putting on. This Wednesday night, they were back, this time to open for 3 Doors Down and Seether on one of the handful of dates they were doing as part of those bands tour.

The line that stretched from the door of Bomb Factory all the way down Canton Street and into the alley behind the building ensured the opener would have a decent crowd, especially since they got going half an hour after the start time listed on the venue website.

From that recent festival in Dallas to ones in Oklahoma, Florida and elsewhere, I had seen the band a few times within the last year, though I had never seen them in an actual club setting. This was going to be a first for me.

Their intro music began a couple of minutes prior to the quartet taking the stage; frontman Danny Worsnop asking the crowd of several hundred if they were ready for some rock ‘n’ roll. That was the cue for his band mates to begin. He repeated it again and again nothing happened. “Our shit’s broken,” he commented as the crew hurried to fix the problem that had suddenly arisen. 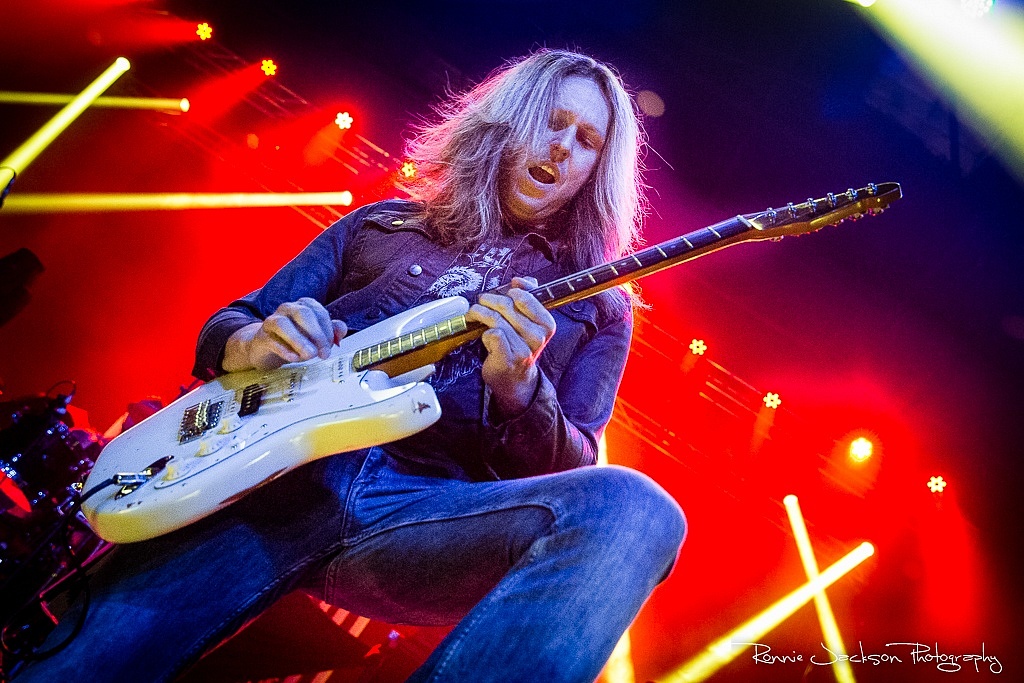 They quickly resolved it (well, for the time being), the band tearing into “Denial”, bringing it hard and heavy while they could, before more complications followed. They were having trouble hearing themselves, leading Worsnop to kill time by chatting with the crowd. “Are you ready to get drunk?” he asked, the crowd roaring back at him before he too answered his own question with, “I am…”

With the new fixes in place, they carried on, unloading “Easier to Leave” on the patrons’ ears, Jeff George delivering some blistering notes during his guitar solo; while Worsnop drug his mic stand around the stage with him as he roamed between stage left and right.

“Dallas, my home away from home…” he remarked upon finishing it, the crew again being tasked with getting it so they could hear themselves. From “Someday” on, it was smooth sailing for them, though those constant hiccups at the start—while obviously are just things that comes with the territory of performing—made it hard for them to gain any real traction this night.

That more balled-esque tune (“Someday”) was dedicated to all the ladies in the audience; while before a cover of Queen’s “Tie Your Mother Down”, Worsnop encouraged everyone to dance their assess off. That cover goes well with their original songs. In some ways, they evoke that classic rock vibe, definitely being influenced by Queen and that ilk, so they have the chops to pull that one off. From the killer beat Bruno Agra was in charge of to the soaring licks George effortlessly produced, it was a highlight of the night. 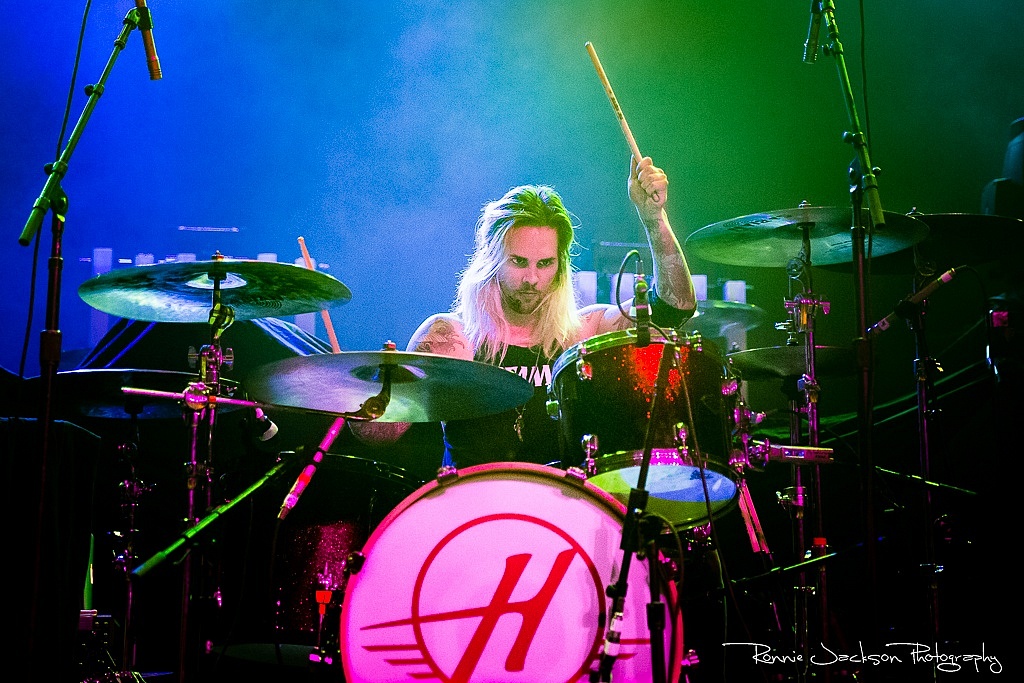 The 30-minute set allowed them to do a couple more, ending with “a heavy one” as Worsnop put it and one that saw a couple members of the crowd raising their lighters up for, helping capture that true rock spirit.

As I said, with those technical issues that plagued them for the first bit of their set, it was hard for them to really sink their hooks in anyone, not being able to build any momentum until they were almost finished. Off nights happen and you can’t do much about that, especially when the issues causing them are beyond your control.

When they were firing, the band—rounded out by bassist Brian Weaver—was giving it their all, being as lively as they possibly could. In that aspect they didn’t disappoint, the showmanship they have being something that not even problems with monitors can take away.