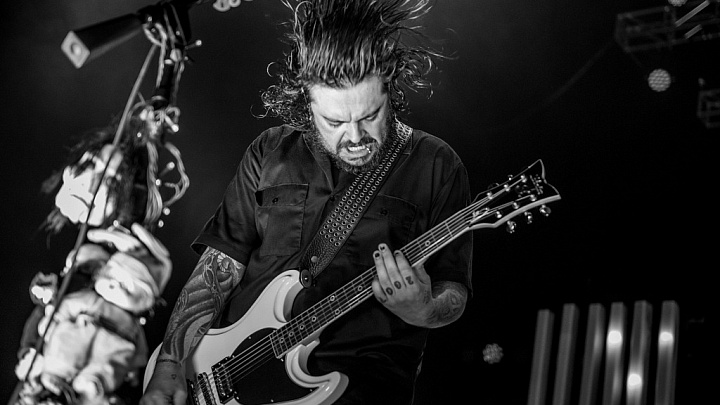 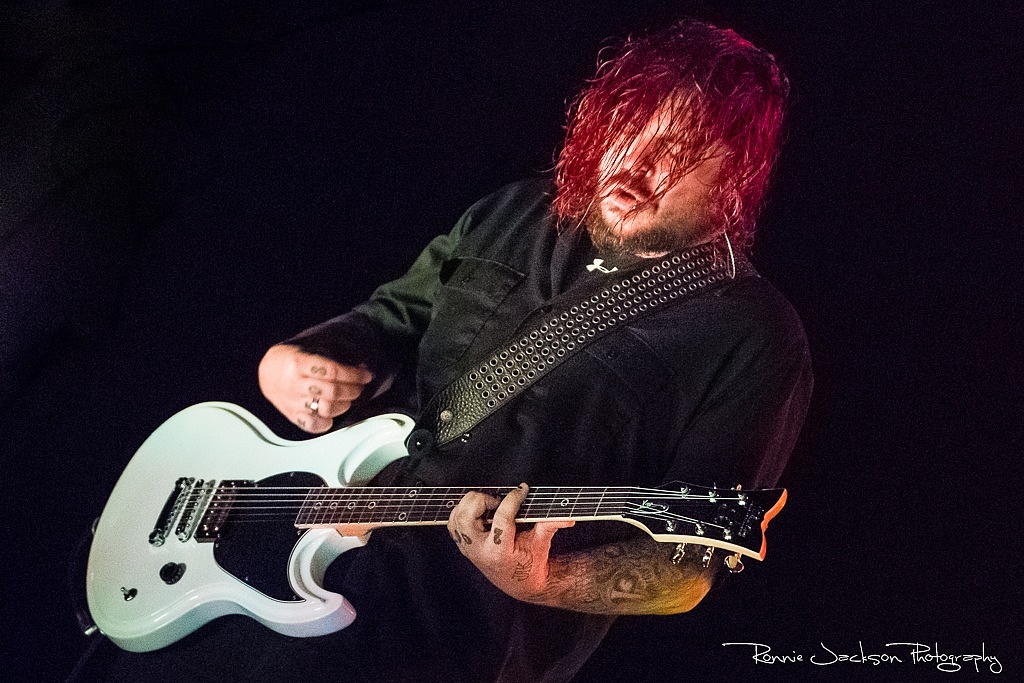 This Wednesday night had long been anticipated.

Dallas area rock fans began salivating a couple months or so ago when 3 Doors Down announced their tour with Seether joining them. For many, the lineup itself was enough to make it one of the best tours to be coming to town this summer, and making it even better was the fact that it would be stopping at one of the newest venues in Dallas, the 4,400 capacity Bomb Factory.

Relatively early on the room was mostly full; the upper level which features some tiered seating, tables and some suites for larger groups being taken, while masses congregated on the floor level, awaiting the arrival of Seether.

I had caught the multi-platinum rock band a couple times within the last year (the first times I had seen them) and was excited to see them do their thing once more. 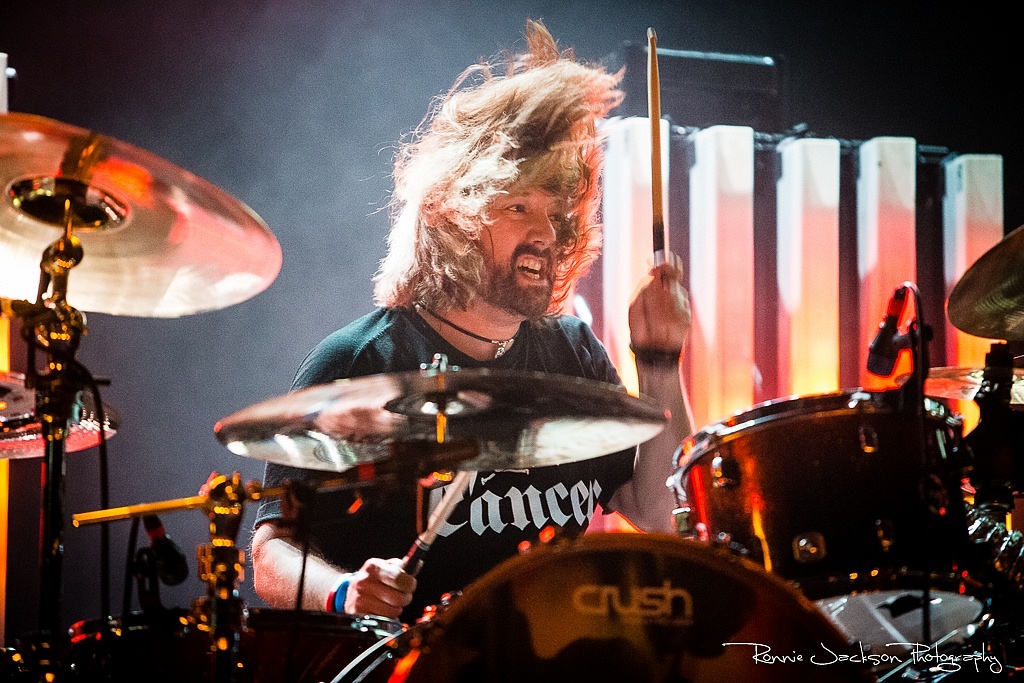 The no frills group had the stage for a full 60-minutes this night, making the most of it as they trekked from song to song with little to no dialogue thrown in. They touched on nearly every faucet of their career this night, beginning with the album that catapulted them to fame, Disclaimer, and the lead track from it, “Gasoline”. Audience members were singing along with Shaun Morgan—who nailed the vicious screams; the song still being a fan favorite and one of their overall best to perform live, thirteen years after it was first made.

It was quickly established that they were on a tear, making a momentary calm moment that came in the second song a perfect time for Morgan to brush his hair out of his face; while bassist Dale Stewart raced around the stage, jumping atop a riser on stage right, further energizing the spectators. It was also around that time that Stewart was seen handing a drumstick John Humphrey’s had already managed to break to someone in the crowd, clearly making the persons night.

“Thank you,” Morgan said after “Fine Again”, sounding rather gruff. He and touring member Bryan Wickmann used their guitars to slowly build up to their next song. It was heard to know for sure what it would be, though people had no trouble venturing a guess to their friends. “This is Broken,” I heard one guy standing near me tell his friends. Sure enough, they slowed things down a bit; the packed house erupting into cheers once the hit officially got underway. 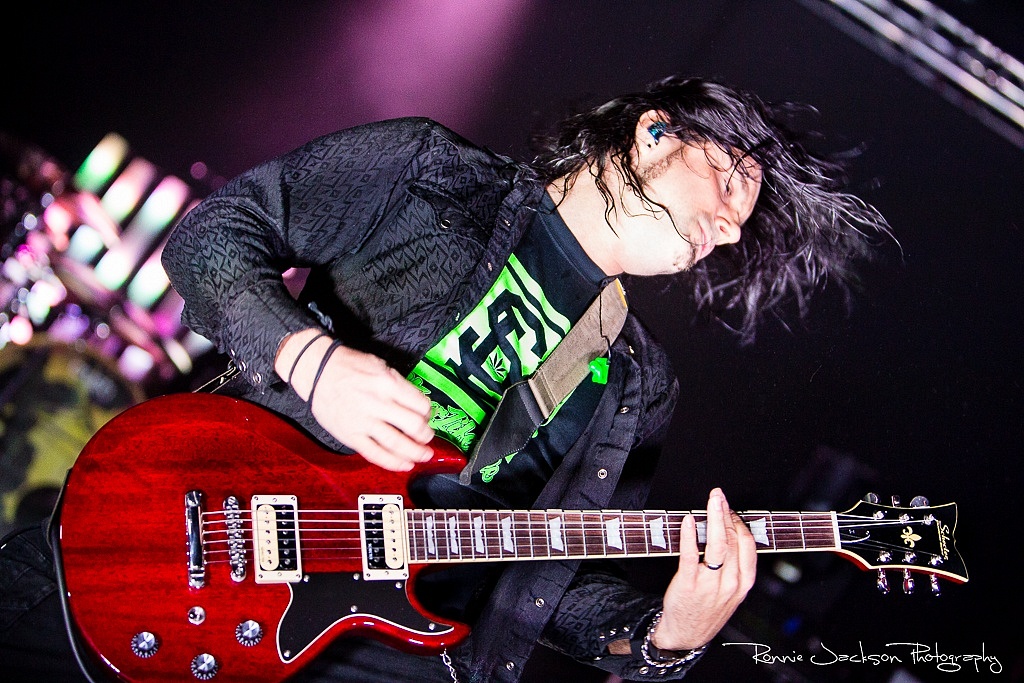 A year after its release and Seether is still touring heavily in support of album number six, Isolate and Medicate; the first single from it, “Words as Weapons”, already feeling like a classic and longstanding Seether jam. There’s something about that refrain, “All I really want is something beautiful to say,” that has such power, the song itself being extremely emotional. It’s well liked now, and it’s just a matter of time before it’s on the level as their most revered classics.

“Same Damn Life” was another newer cut that worked its way in, the sudden falsetto tones Morgan hit at times causing you (if you were standing a decent ways away from the stage) to glance around trying to figure out where the high tones were coming from before realizing it was him. He did it extremely effortlessly.

They squeezed in a few more; “Fake it” sounding and looking like it may well be the end of the line for the night. The few thousand people that filled the venue sang the first line or two (which was pretty cool to see and hear); while the song concluded with a spectacular light show, all the spotlights going crazy as they flashed a variety of colors and shone everywhere. They drug out the final notes, just like acts so often do as they close down a show, but they had one more. 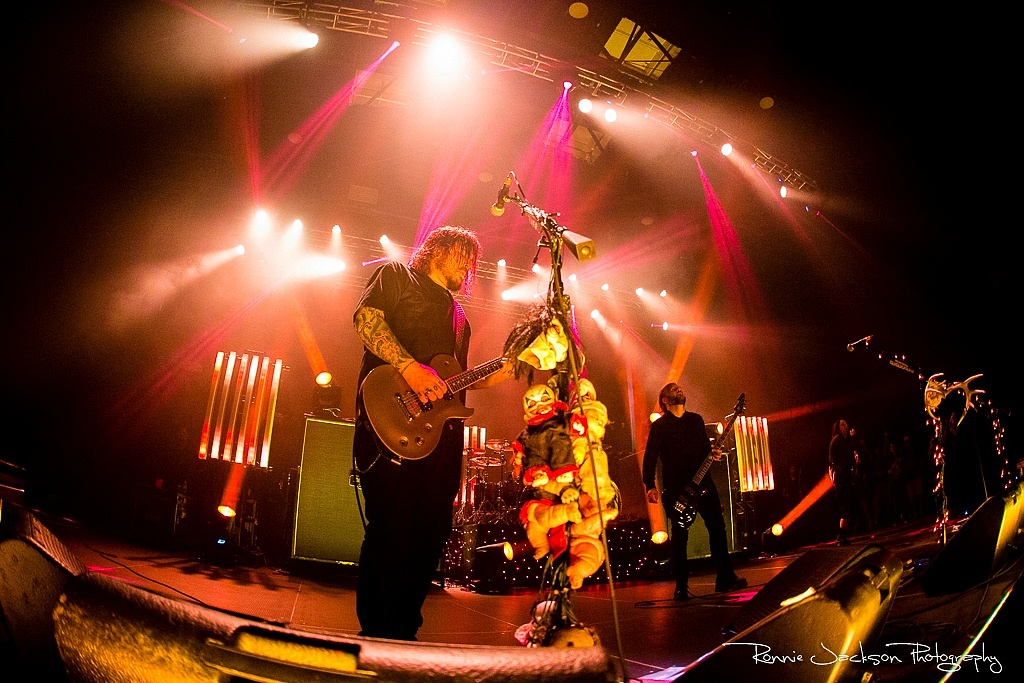 For the first time, Morgan truly addressed the crowd, his expression of gratitude to everyone who had come out clearly coming right from the heart. He thanked 3 Doors Down for having them on this tour, as well as stressing to the patrons they have a good night as well as get a little drunk.

Of course, something was missing, and that was “Remedy”. They included a lull in it, and when it roared back to life, Wickmann—who had climbed atop one of their risers—leapt into the air and off of it; the full band ensuring they went out with a bang.

With those other couple of encounters with Seether that I’ve had, I’ve quickly learned they don’t hold anything back. This night was no exception. 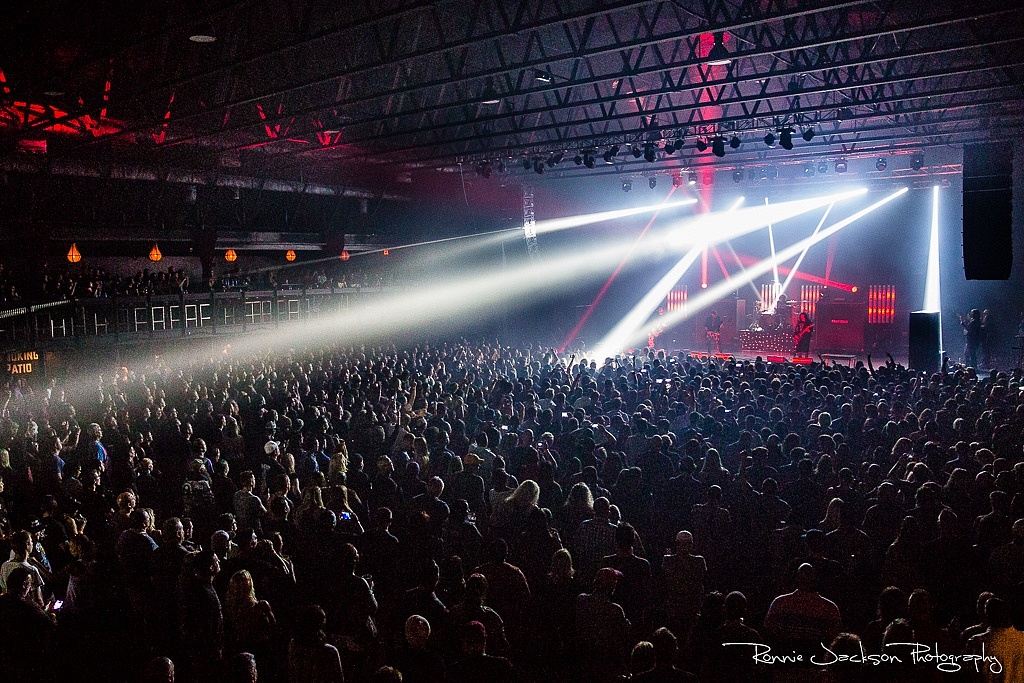 They exude a primal rock vibe, with everything they do being geared towards making the show the best it can possibly be, both in terms of making the songs sound as incredible as they can with the performance being filled with their blood, sweat, and tears.

It’s something you don’t see from just every band out there, and I think that’s why they had the largest crowd of the night. As I said, the place was packed when they began, and shortly after they finished, it was about three-fourths full. Apparently, Seether was the main act to some, and they more than gave the patrons their monies worth.