Judas Priest The Defenders of the Faith Return to Dallas! 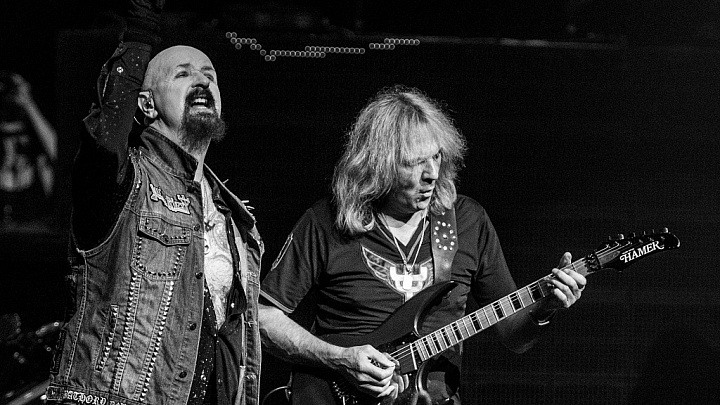 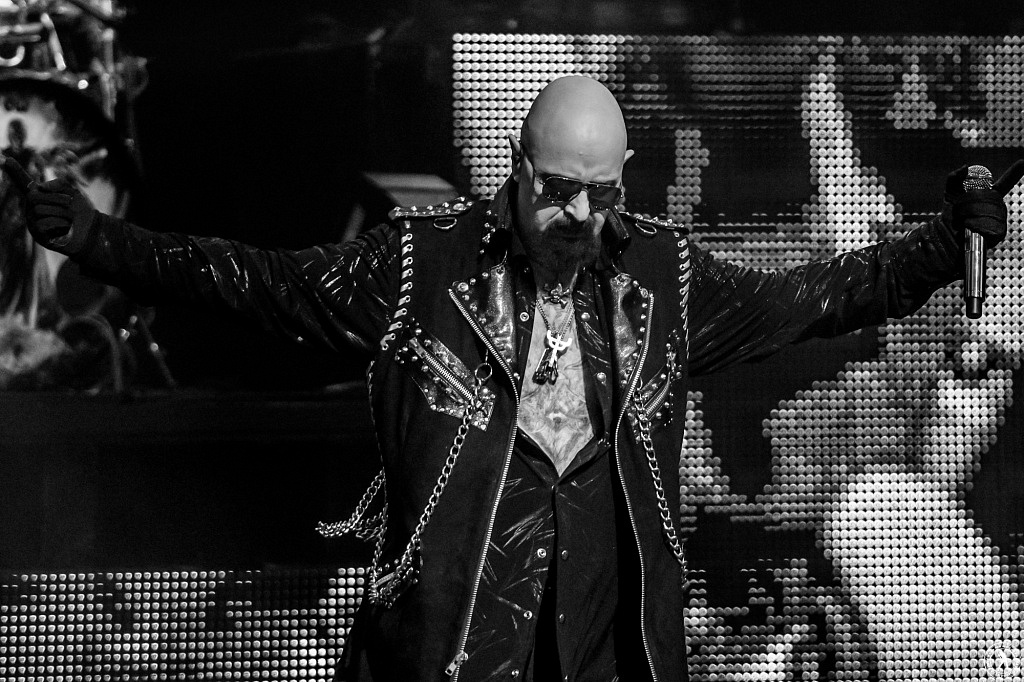 Judas Priest returned to North Texas for another round of their Redeemer of Souls Tour, this show at Verizon Theatre in Grand Prairie being one of their first back in the US in a little more than a month. And while they hadn’t played the DFW area since late in 2014, thanks to a road trip, it had been almost exactly two months since I had last seen the metal legends. I was still looking forward to another round of Priest, because let’s be frank, they are still a spectacular band who delivers a killer show.

It appeared as if everyone who likes classic metal had turned up in Grand Prairie this night, the theatre being packed when I entered it; the curtain covering the stage bearing the Judas Priest name/logo. In anticipation of the groups arrival (while “War Pigs” blasted over the PA), nearly every one of the thousands of people stood up, bursting into cheers once the curtain dropped. It was show time. 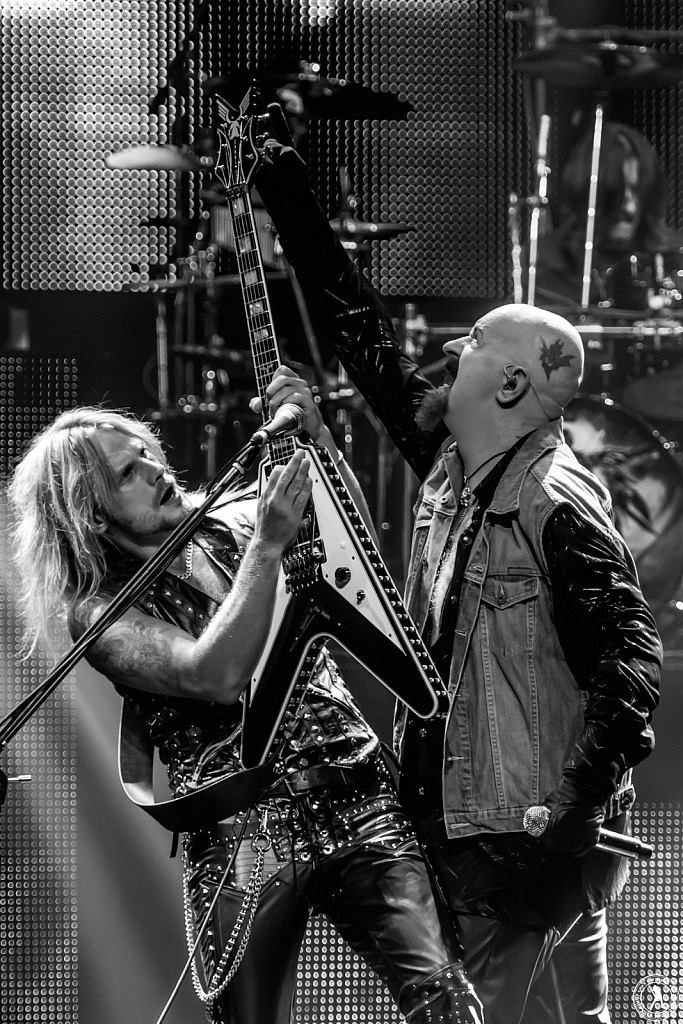 At this point, at least for me, it’s easy to forget that “Dragonaut” is not classic Priest. Not only does it evoke the qualities of songs of theirs from thirty plus years ago, but it’s well received by the crowd, who watched in awe as Glenn Tipton devastated things, letting loose a furious solo. Still, that’s not to say that songs like “Metal Gods” aren’t loved all the more. That was one of a few cuts they did off the legendary British Steel record this night; and towards the end, it saw Rob Halford doing a very mechanical walk, fitting with the legion of robots marching on the screen behind them.

“…Is everyone ready for some Judas Priest style metal?!” Halford asked before their third tune, “Devil’s Child”. Fans were singing their lungs out on that one; and Richie Faulkner took the spotlight during a sizzling solo. He may be the newest member (though certainly not new at this point), but fits swimmingly with Priest. 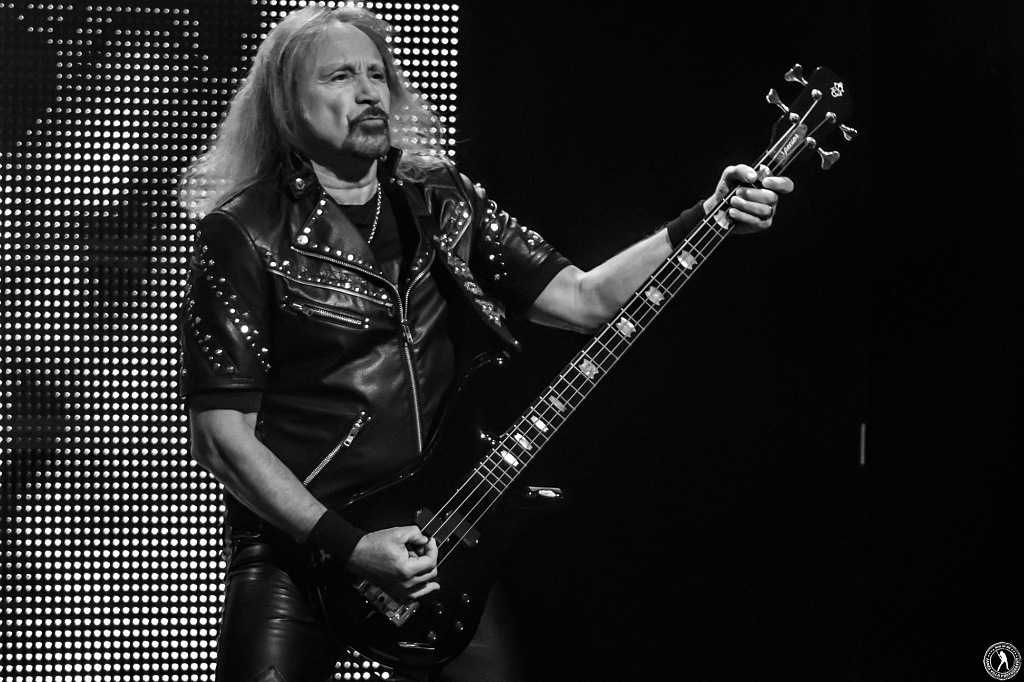 After “Victim of Changes” got fans salivating, they unloaded another one of their most recent songs on everyone, “Halls of Valhalla”. Scott Travis was seen tossing his drumsticks fairly high into the air as that one first got going, the guitar solos being soaring as ever; and while stationed a bit further back, more beside the drum riser, Ian Hill had no trouble feeling the music as he swung his bass around.

Last time I saw them, they had worked in an older song from Stained Glass, one that had been absent from their touring last fall. That night in Austin, “Beyond the Realms of Death” was beloved by all, the balled-esque song metal tune proving itself to be one of the best songs out of Priest’s extensive catalog. The feeling was no different this night as people raved after Halford announced it. It’s beautiful and heavy, and really, what more could you want from a song? 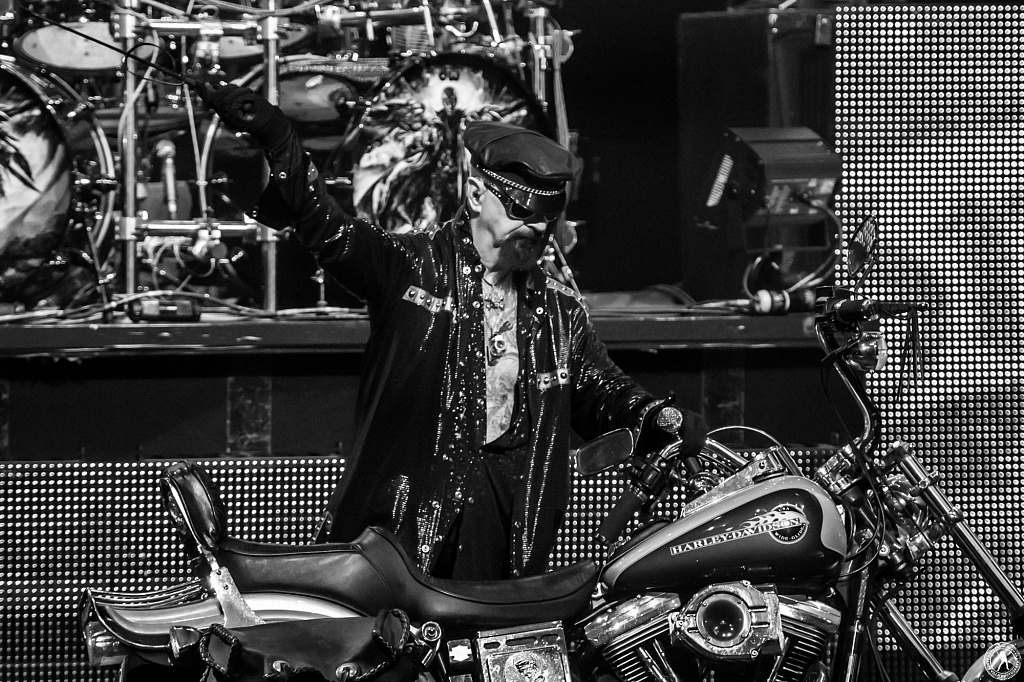 Their 61-minute long set winding down, they let loose the crowd pleaser “Breaking the Law”, after which Halford disappeared into section obstructed by curtains, to the side of the stage. Moments later a motorcycle was heard revving its engine. That could only mean one thing. The singer rode out on it, stopping center stage as they left everyone with “Hell Bent for Leather”.

They were adamant, moments later the chanting turning to cheers and applause as the first song of the encore took shape.

No pun intended, but the entire four-song stretch was electrifying, beginning with “Electric Eye”. The staple “You’ve Got Another Thing Coming” is always a crowd pleasure; while “Living After Midnight” served as the perfect way for them to bid everyone goodbye for now, coming to a pulse pounding finish. 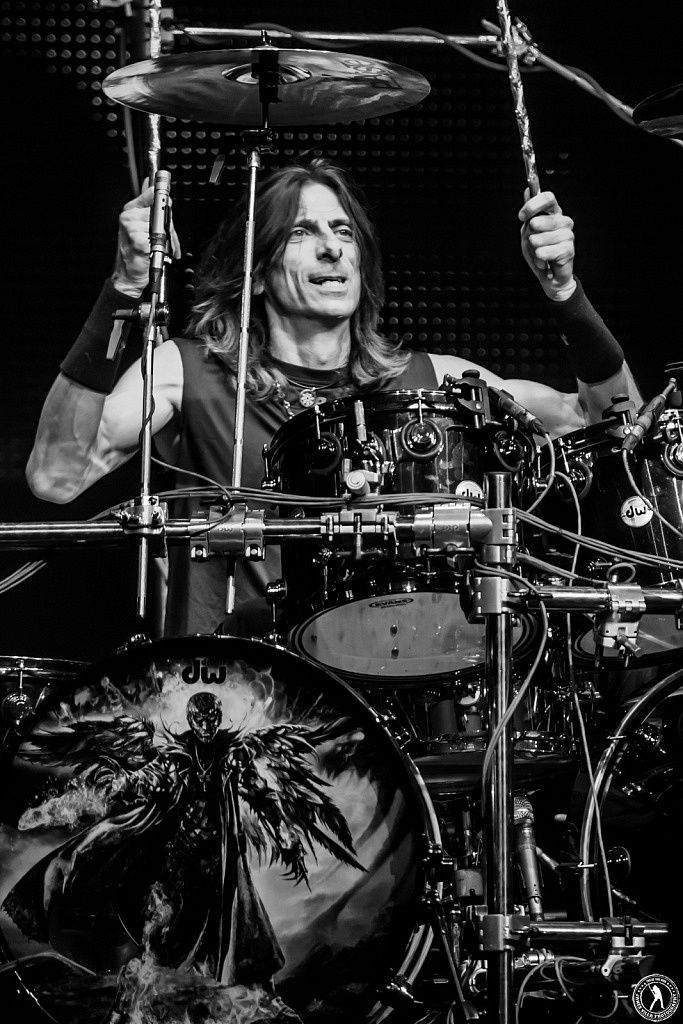 As Halford pointed out this night, Judas Priest has been making music for over forty years. That really is quite the feat. Multiple generations have been introduced to the band at various points in their career, and they keep coming back for more. It’s because the band never ceases to amaze.

This youngest generation is more into light shows, pyro and other flashy antics. I’m not saying there’s anything wrong with that, but shows like what Priest delivers will always be better, simply because it’s truly about the music and musicianship. There’s nothing over the top in what the classic British metal band does aesthetically speaking, but the mind blowing amount of talent they possess and the way they handle it makes every performance one for the ages.