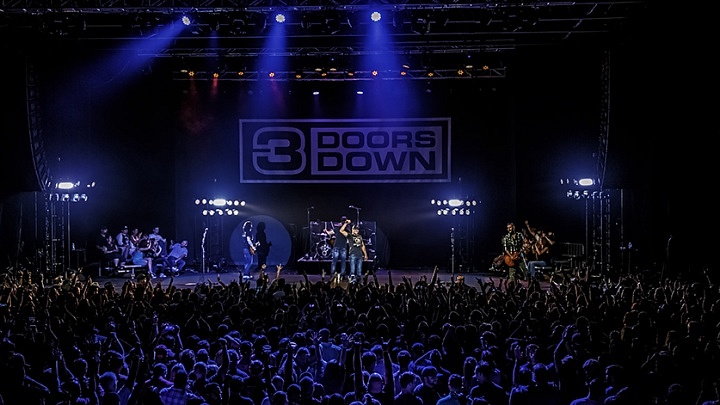 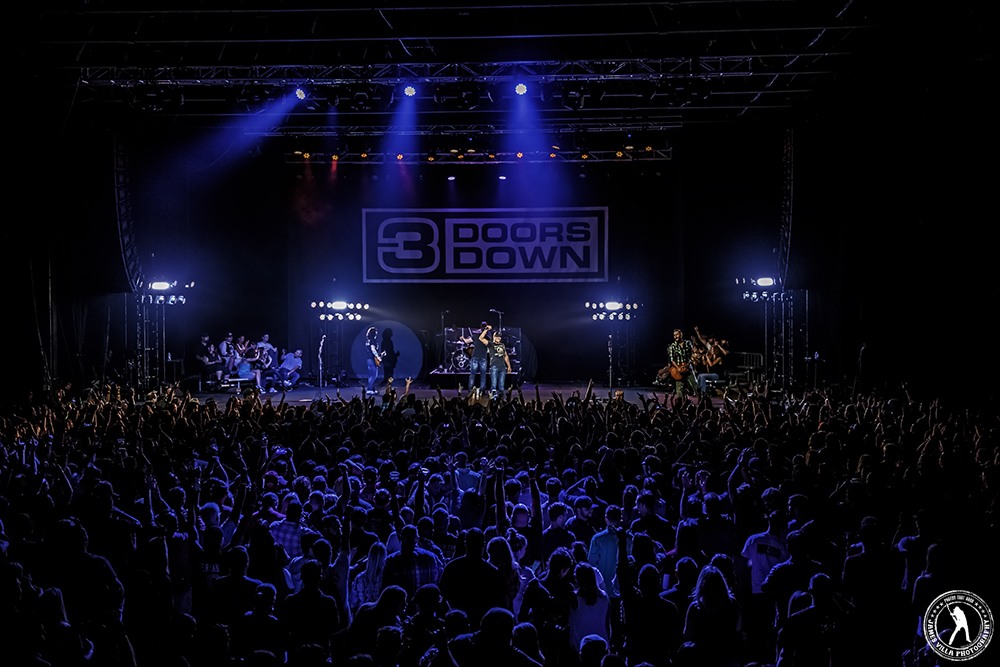 Texas was one of the first stops of 3 Doors Down’s current tour; Dallas being the largest and final city they stopped in, in the state.

The place was pretty packed when they took the stage; the line stretching completely around the building and into the alley behind it hours before the venue doors had even opened. If the Bomb Factory wasn’t completely sold out, then there weren’t many spaces left in the 4K+ capacity building.

A keyboard set on stage left; and when they began their set shortly before ten, it was guitarist Chet Roberts who was first out on stage. No axe was in sight, but he did begin a very gorgeous piece on those keys that would become “Here Without You”. Gradually, the rest of the band filed out, fleshing out the song that still was relatively restrained; frontman Brad Arnold staying mostly stationary as he passionately delivered the lyrics. 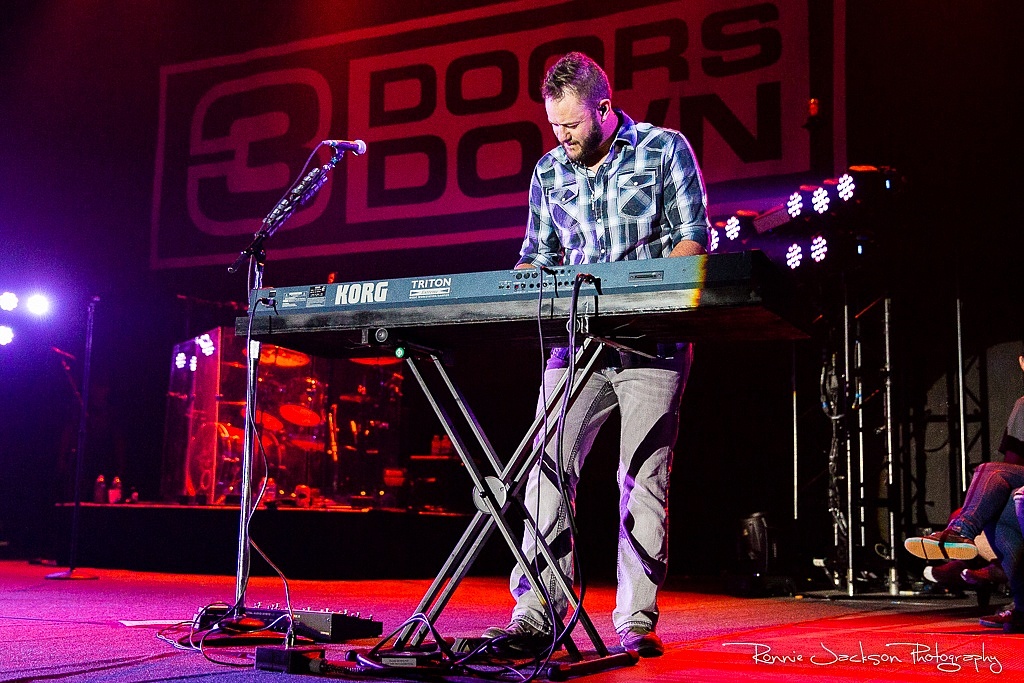 As soon as it ended, he sat the mic stand he had used out of the way, somewhere by the drum kit. As “Duck and Run” kicked in, the singer floored it, racing about the stage and appearing to glide everywhere he went. The crowd was singing along to every word of that song off their breakout album, The Better Life, and he was aware of that, darting from end to end of the sizable stage and looking out at everyone, helping pump up the energy.

“Thank you my friends!” he quickly stated afterwards as they ripped into the next number, solidifying the fact that they were here to dish out their songs and ensure everyone (themselves included) had a good time in the process.

After that tranquil intro, the entire band had turned into livewires; Roberts and lead guitarist Chris Henderson meeting at stage right and busting out some licks, while also trading out sides, allowing everyone a better view of them.

They worked in a few new songs this night off the forthcoming Us and the Night, the first of which fit the 3DD mold perfectly, serving as a nice one to precede “It’s Not My Time”, a song the audience knew well enough that Arnold held the microphone out at them so they could sing a line. They didn’t let the group down. 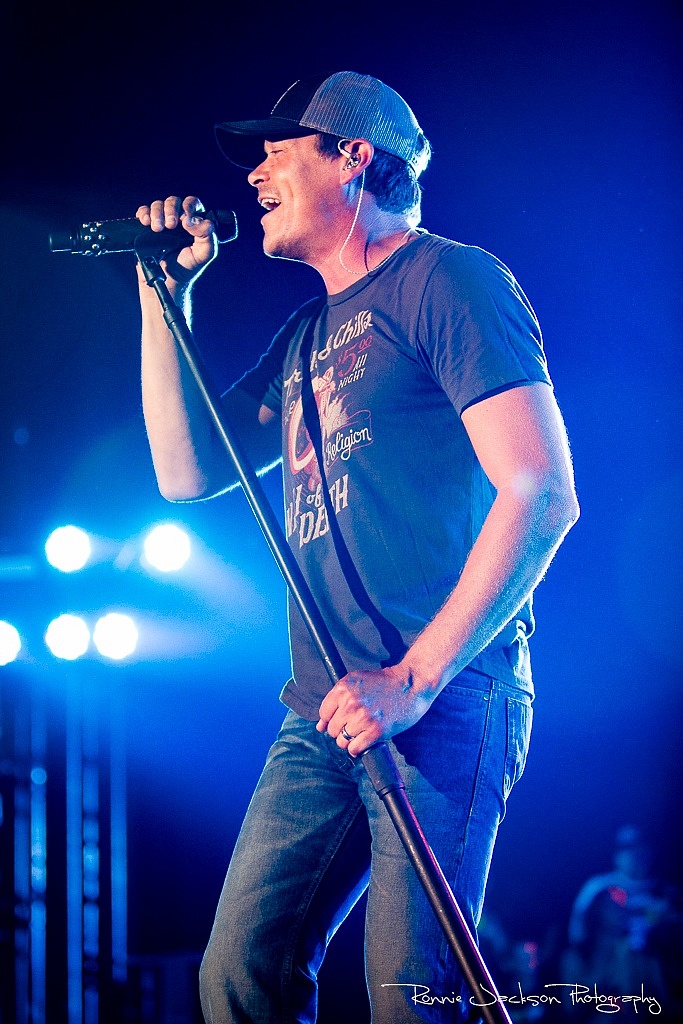 “Changes” felt like another highlight of the night, possessing an anthem like vibe and just sounded excellent; while another new jam that came a couple songs later had everyone wide-eyed and in awe. It was much more carnal than most of their stuff, though far from being over the top like other songs that follow that subject matter these days. Just very intense and driven; and one Arnold commented was a fun one to play. It was a fun one to listen to as well. I smell a new single.

“Behind Those Eyes” was the song that, surprisingly, saw Greg Upchurch pulling out all the stops. It’s not their hardest hitting song, at least not on the recording, though live, with the energy Upchurch exerted, putting a beat down on his cymbals and the rest of the kit, it came across that it was. He was slaying back there, often coming up off his stool; while the entire band gathered around the kit as it drew to a close.

They fit a few more songs into their hour long set, including another couple from their debut, before the closed it down with “Citizen/Soldier”, the more uplifting song about helping one another (as well as somewhat being geared towards those who serve) capping it off nicely. During that one, Arnold was seen grabbing a phone from an audience member, capturing some video from his perspective before returning it. 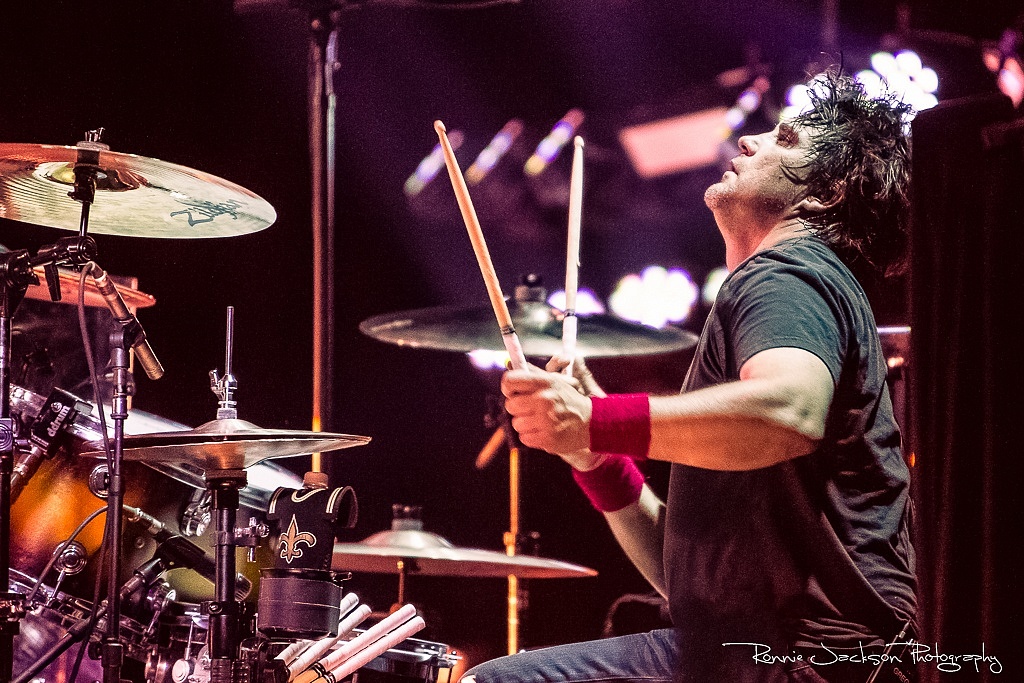 In an age where cell phone use is either encouraged or highly discouraged by artists, it was cool to see that type of participation from him, ‘cause you know that person will recall that moment fondly.

They made the audience wait a few minutes, chants of “Three Doors Down!” starting, stopping and starting again, before finally reclaiming the stage.

They treated everyone to the one song they had been waiting all night for, “Kryptonite”, turning it into a sing along as the patrons sung one entire chorus, the entire band smiling back at them. Before their final number, Arnold spoke to everyone. He mentioned they had been coming to Dallas for fifteen years now, having fun at every show they’ve played here, this one being no exception. He also touched on their upcoming album, saying they were hoping to have it out in the fall (October), and that they hoped the people had enjoyed the sampling of some of the songs.

“…We’re going to end this the same way we end every show,” he then stated, dedicating the final song to every man and woman who has or is serving the country. “When I’m Gone” from Away From the Sun was the song, one people knew every bit as well as that smashing single from moments before; the tight production of it and just how on fire bassist Justin Biltonen, Henderson, Roberts, Upchurch and Arnold all were making it a very powerful way to end. 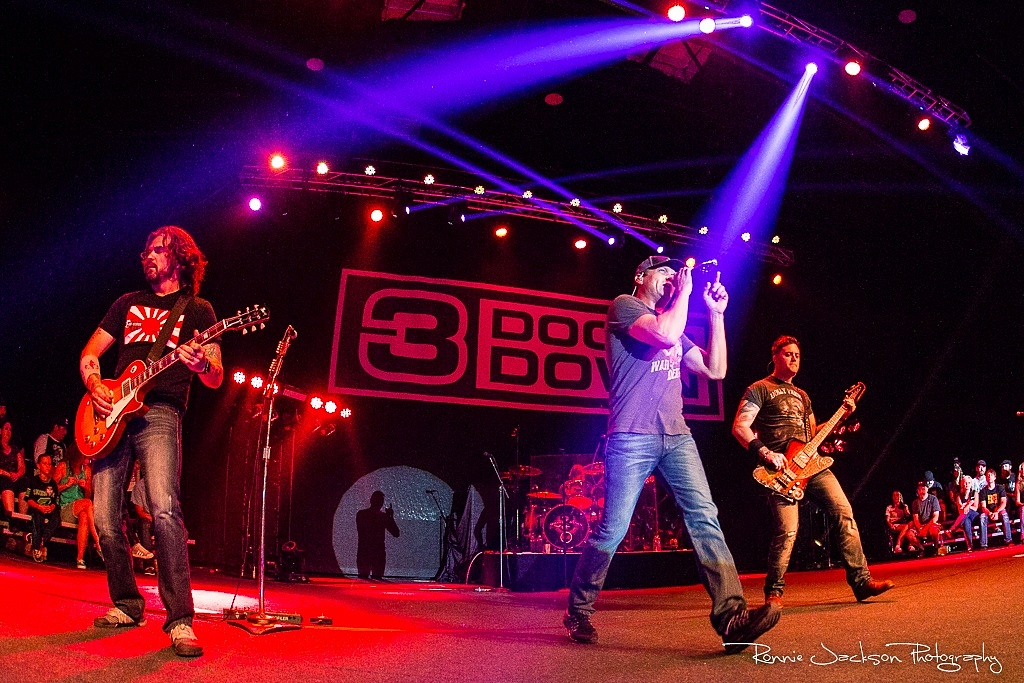 I was a couple years away from being a teenager when “Kryptonite” hit airwaves. I heard it often when I would listen to the radio, but with that exception, I never listened too much of 3 Doors Down. It’s not like I disliked them, just more never invested the time at that age or any other time down the road.

That put me in an interesting and very different situation from everyone else who was here this night. With the exception of “Kryptonite”, every song was brand new to me, not just those that will be on their next record. I enjoyed all of it. For me, none of it ever felt like filler, like the vibe some bands can give. Instead, they picked some of the best songs they had to make a set list that covered a few different aspects of their career—strong rock numbers to more loving ballads—and it was one that appeased all of their fans who came out this night.

It was a fierce performance that was abundant with energy; and I, for one, was impressed by it. 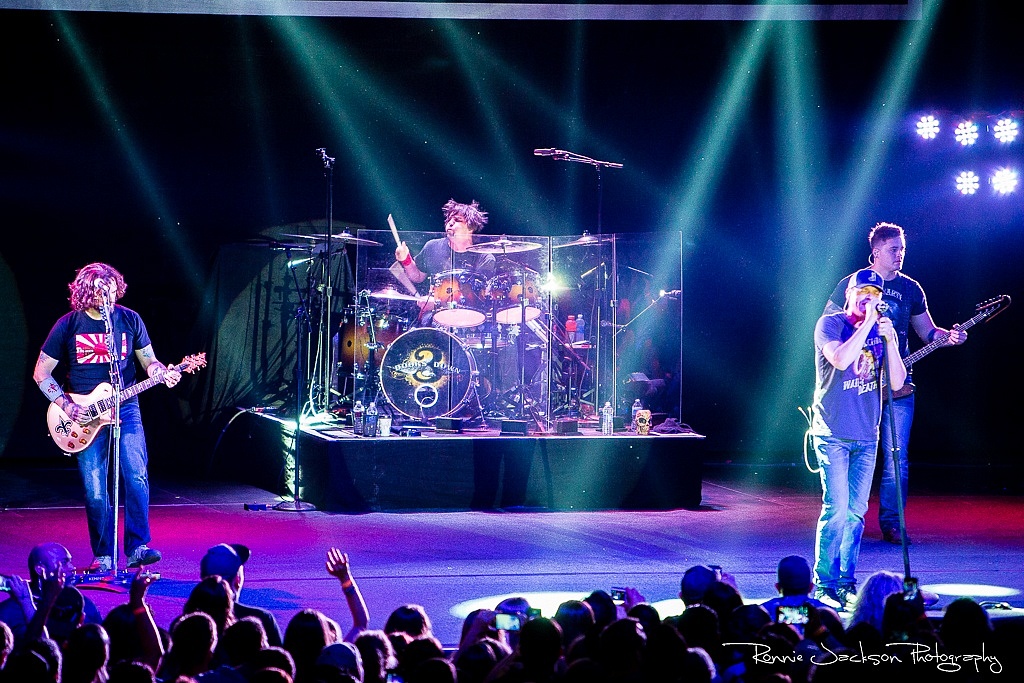 After all of these years, it was nice to finally experience 3 Doors Down Live. The band easily could have gone down another path, the path where they could have been a one hit wonder. Instead, fifteen years later they’re still producing quality songs, and have been in the time since they broke into the mainstream music world. Along those lines, they still command an incredible audience, their adoring fans showing them an immense amount of love, and that’s pretty cool to see.

It was a splendid night of rock in Dallas; the revelers walking out still basking in the afterglow 3 Doors Down, Seether and We Are Harlot had left. This will arguably be one of the biggest/best alt rock shows/tours that passes through Dallas this summer. I’m sure many would agree that it was at least.