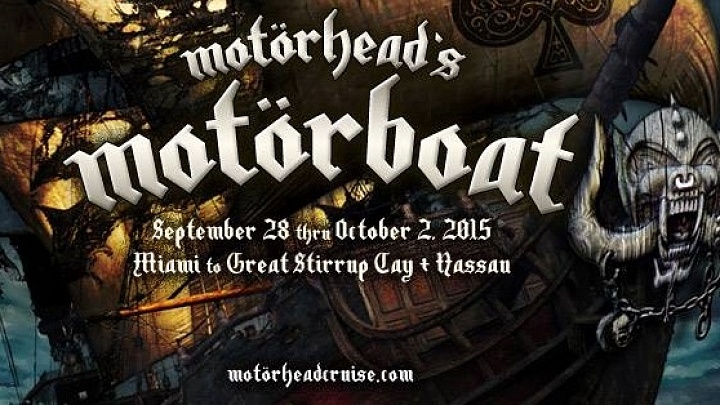 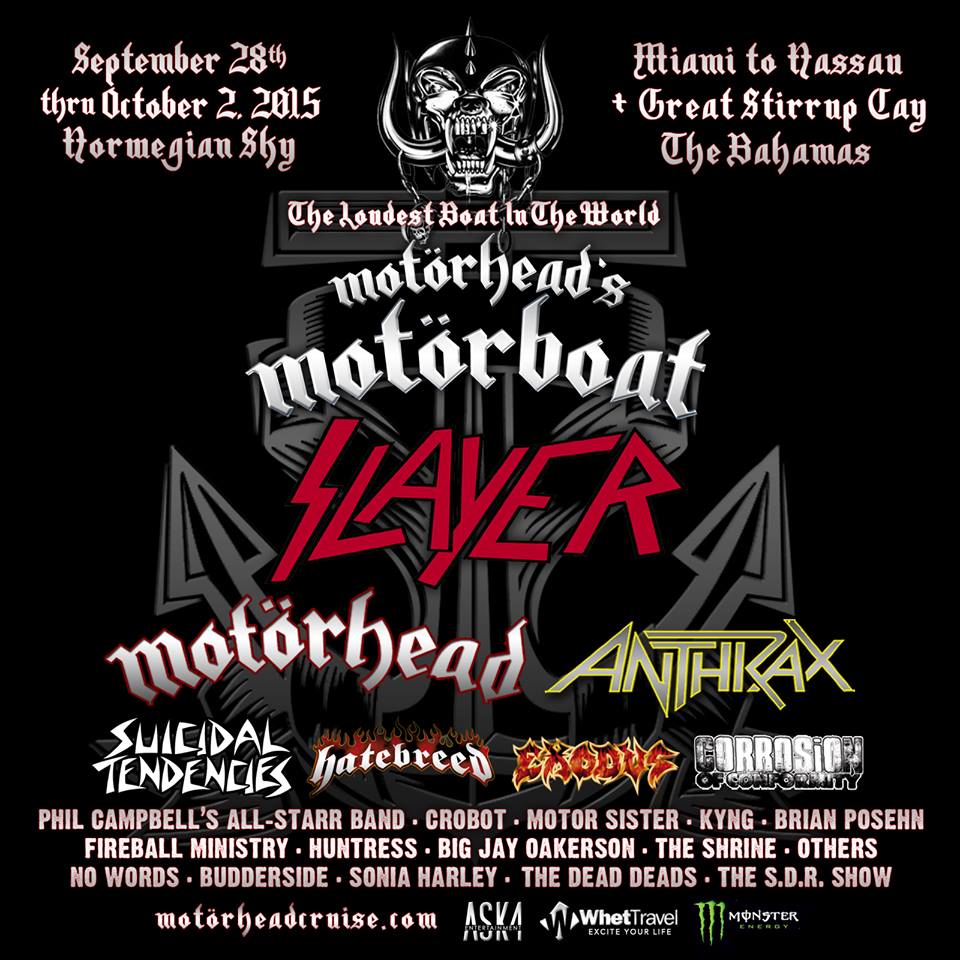 On the first night of the cruise, one of the most heavy metal moments of all time will occur when headliners Slayer perform outside on the deck stage of Norwegian Sky under a red blood moon. September 28 at 10:47 PM Eastern Time marks the fourth and final lunar eclipse (sometimes referred to as a “blood moon”) of the current lunar tetrad (a series of four consecutive lunar eclipses with six full moons in between). It is one of only eight tetrads during the 21st century. Some believe this occurrence is a fulfillment of the “Blood Moon Prophecy” and signals “The Rapture,” as described in the Bible in Acts 2:20 and Revelation 6:12. Few bands come close to matching the intensity that Slayer brings to its live shows, with songs that mirror the turmoil and aberrations of our society, so the performance could not be more apt.

In the spirit of the evening, while waiting to see if the “end of the world” prophecy comes true, guests will celebrate “Blood Red Night” by donning something crimson, while enjoying Slayer’s intense performance during this rare astrological phenomenon.

Later in the week (Thursday, October 1), Motörboat guests will celebrate 40 years of the world’s biggest and baddest rock & roll band of all time–along with the release of Motörhead’s 22nd studio album, Bad Magic (due out August 28 on UDR Music/Motörhead Music)–during Motörhead’s 40thAnniversary Bash. Since imitation is the sincerest form of flattery, guests will be invited to dress in their Motörhead best, or even as Lemmy, Phil or Mikkey themselves, while enjoying cake, libations, and of course lots of heavy music in honor of the rock legends.

Motörhead founder Lemmy Kilmister says, “40 years of Motörhead will be celebrated aboard the Motörboat, so boys and girls, you know what THAT means, right? There won’t be a dry throat in the house!”

Motörhead’s Motörboat–fueled by Monster Energy–will embark on its second voyage from Port Miami September 28 on Norwegian Sky, with stops in Nassau and the private picturesque island of Great Stirrup Cay in The Bahamas before returning to Miami on October 2. Visit www.MotorheadCruise.com to reserve a stateroom.

Additional performers have been added to the Motörhead’s Motörboat lineup, which already features some of the greatest heavy rock bands in the world. New to the roster are Corrosion of Conformity (recently reunited with original vocalist/guitarist Pepper Keenan), The Shrine, Others, No Words (featuring guitar prodigy Nik Kai), Budderside, Sonia Harley, The Dead Deads, along with comedians Brian Posehn and Big Jay Oakerson, and late night comedy and band interviews with The S.D.R. Show (Sex, Drugs & Rock-n-Roll Show) with Big Jay Oakerson & Ralph Sutton.

Motörhead’s Motörboat offers guests a once-in-a-lifetime opportunity to share an experience with their favorite bands and to see unforgettable performances on various stages throughout the ship and on the island of Great Stirrup Cay.

Norwegian Sky offers 13 complimentary and specialty dining options, 12 bars and lounges, a coffee bar, an outdoor pool, and five hot tubs. While onboard, guests can try their luck in the Sky Club Casino, relax in the onboard spa and get their heart pumping in the fitness center or full basketball court.