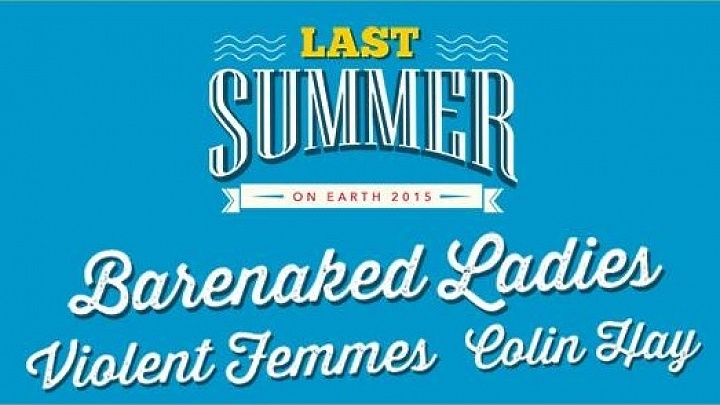 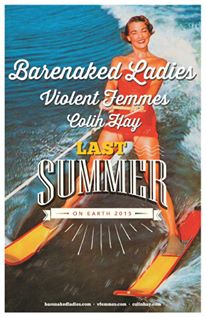 Walking into the McGrath Amphitheatre in Cedar Rapids, IA on June 8th was a little like walking into a time warp, except that everyone was quite a lot grayer and dressed a bit more conservatively, but the energy and excitement for the 3 band lineup was unmistakable.  Everyone was anticipating an amazing performance from Colin Hay (Men At Work), Violent Femmes, and Barenaked Ladies, and, at the end of the night, no one was disappointed. 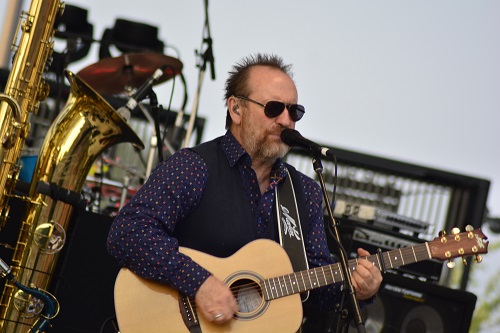 Colin Hay took the stage at 7 pm, a lone artist with his guitar, regaling concertgoers with both Men At Work classics and tracks from his new album, Next Year People.  Hays’s voice is still phenomenal at 61, and, while brief, his acoustic performance set the tone for the acts to come. 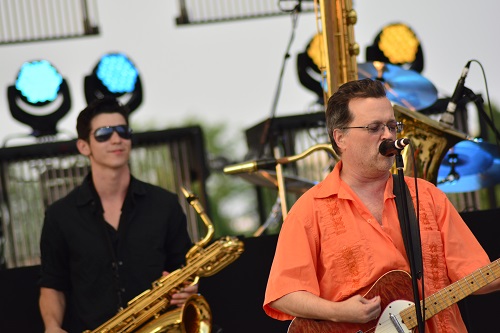 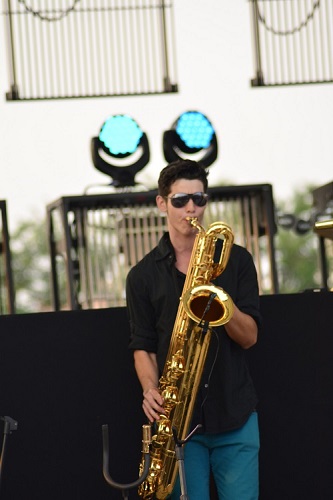 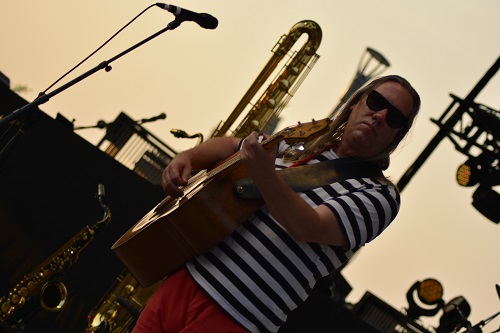 Alternative Legends Violent Femmes, made up of original members Gordon Gano (guitar and vocals) Brian Ritchie (bass guitar), and new drummer Brian Viglione, who replaced Guy Hoffman, along with a menagerie of highly talented, traveling members, cranked up the energy, launching their set with alternative standards “Blister In The Sun” and “Kiss Off” from their 1983 self-titled, debut album.  The crowd was immediately on their feet, dancing and singing along to the infectious classics.  They introduced fans to “Good For Nothing” off of their recently released Happy New Year EP, but for the most part stuck to such vintage gems as “Color Me Once”, “Black Girls”, and “Gone Daddy Gone”.  By the time they wrapped up with “Add It Up”, the crowd was wildly dancing and yelling out lyrics in time.  Violent Femmes walked off the stage after 45 minutes to an uproarious standing ovation. 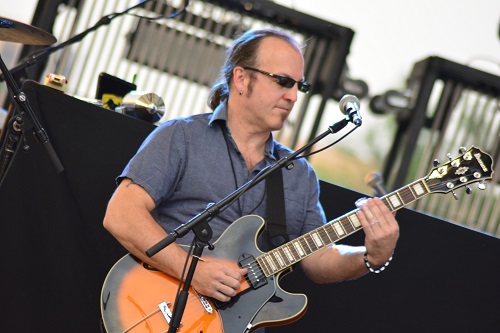 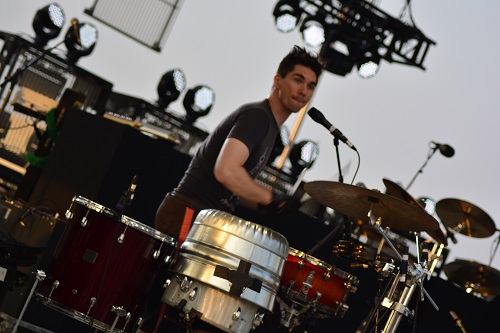 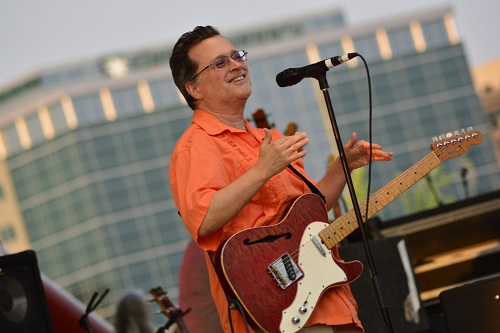 The sun had begun to dip, and the river bugs were out, as Barenaked Ladies’ stage was set, with the band taking over at roughly 9 pm.  The crowd by this point had grown, with quite a bit more age diversity to boot, but it was no less enthusiastic as Ed Robertson (guitar and vocals), Jim Creeggan (bass), Kevin Hearn (keyboard), and Tyler Stewart (drums) took the stage.  They opened with “Get Back Up” off their new album Silverball followed by an introduction to the band members and some hilarious banter between Robertson, Stewart, Creeggan, and Hearn.  They personalized the joking exchanges to the city and venue, particularly as this was their first time playing Cedar Rapids in the 28 years of their career, with Robertson announcing “I thought it prudent to play next to the jail” and launching into chorus, “I want to touch you and then I want to go to jail” before getting the entire crowd moving with fan favorite “Brian Wilson”. 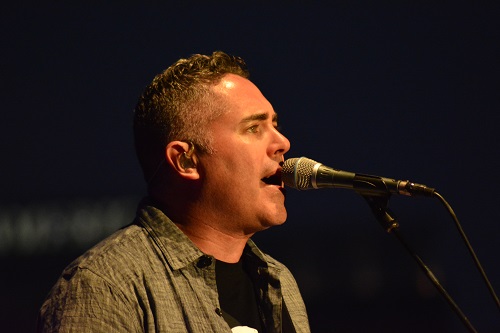 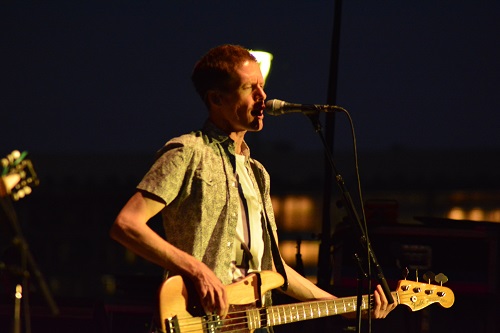 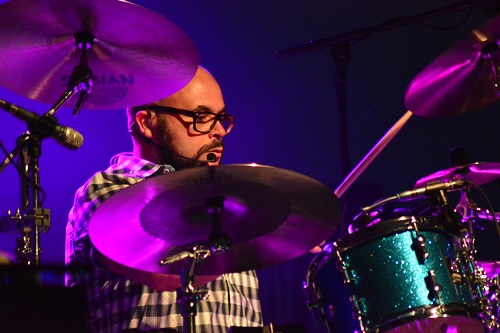 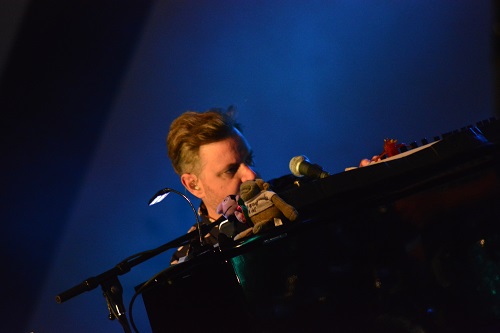 The 90 minute set was all about energy, crowd engagement, and humor, as new and old songs were interspersed with stories referencing the community’s unique history and culture.  As the set neared its midpoint, the band dropped “Big Bang Theory”, driving the crowd into a dancing frenzy, before launching into their classic “One Week” and the massive hit “If I Had A Million Dollars”.  The group then finished out the set with a hysterical medley of covers including Taylor Swift’s “Shake It Off”, The Cars’ “Shake It Up”, Outkast’s “Hey Ya”, Mark Ronson’s “Uptown Funk”, Queen’s “Bohemian Rhapsody”, and the mega-popular “Let It Go” from Disney’s Frozen, among others.  Of course there was demand for an encore, but when the band returned, they switched it up with Robertson taking drums (and skillfully, I might add) while Stewart jumped on the mic for “Drawing” off of their Juno Award Winning, 2008 children’s album,  Snacktime, followed by Led Zeppelin’s “Rock And Roll”. 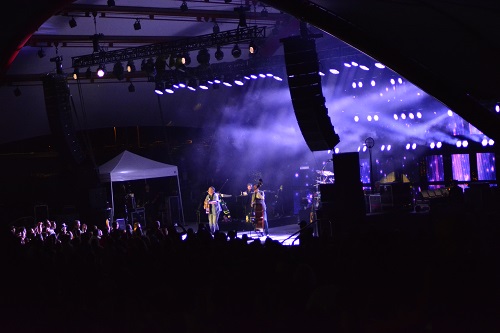 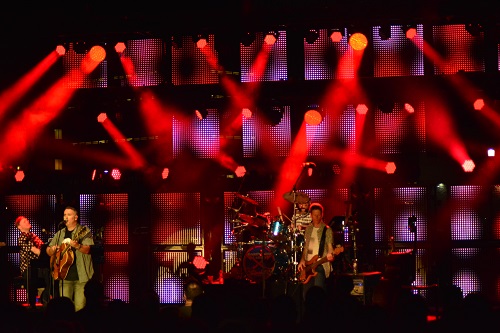 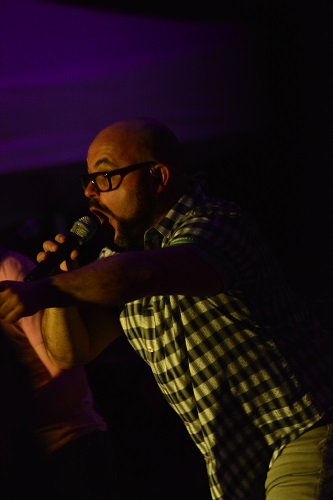 Overall, it was a beautiful night for reminiscing over brilliant 80s and 90s music, as well as a solid reminder that, although these bands and artist are considered ‘classic’, they still have an endless supply of creativity and showmanship for their fans, new and old.