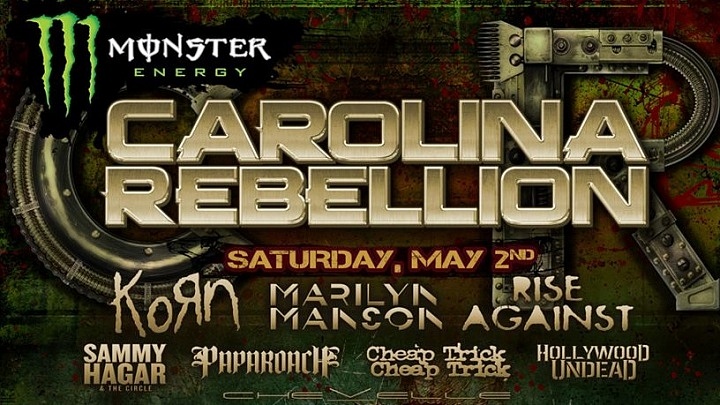 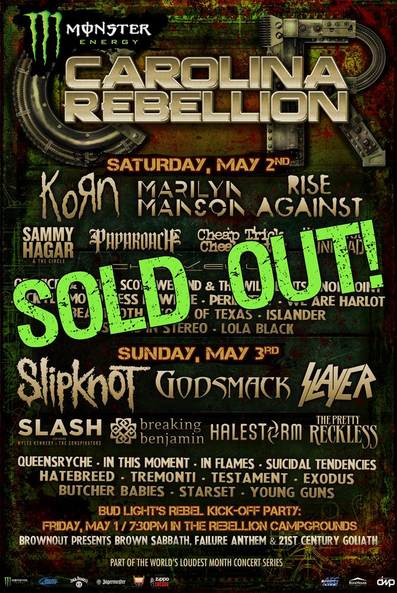 Tickets are now sold out for the fifth annual Monster Energy Carolina Rebellion, May 2 & 3, 2015 at Rock City Campgrounds at Charlotte Motor Speedway just outside Charlotte, NC.