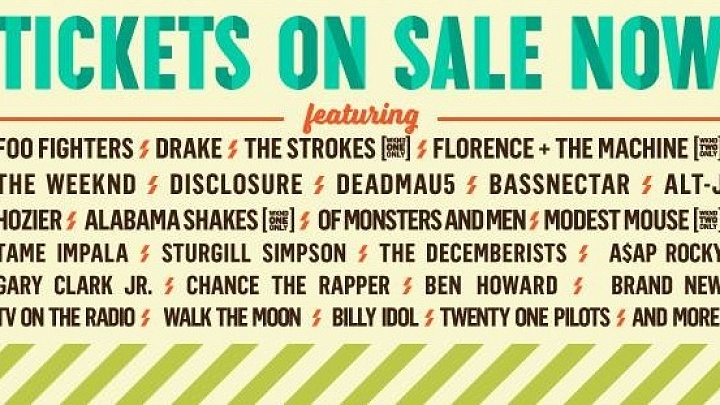 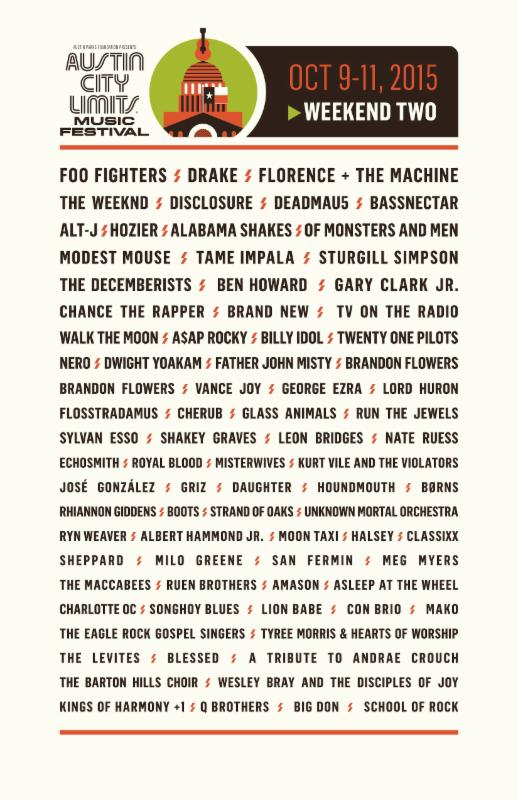 While the majority of festival acts will be featured on both weekends, artists to watch during Weekend Two include up and comers Wolf Alice and local acts including, Kaleo, Tameca Jones, and Bee Caves.

Regular-priced Three-Day Passes for both Weekend Two of ACL Festival are available while supplies last at www.aclfestival.com. VIP and Platinum Passes and travel packages are also available for both.

Fans worldwide who can’t make it to Zilker Park will be able to watch The Official 2015 ACL Festival Livestream on Redbull TV via a number of supported devices – Android, iOS, Samsung Smart TV’s, Xbox 360, Roku and more! The full schedule of bands will be announced in September at www.aclfestival.com.