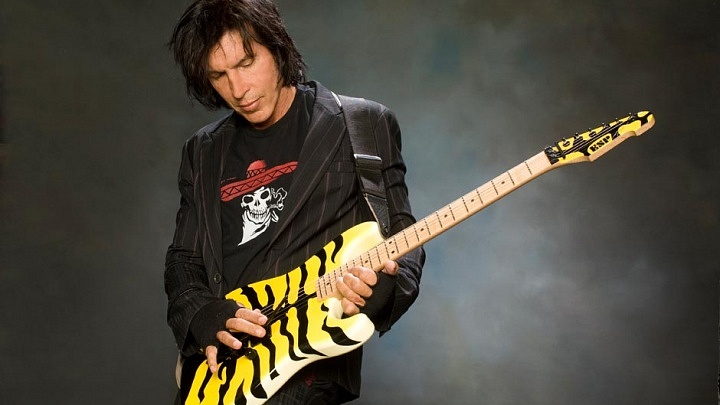 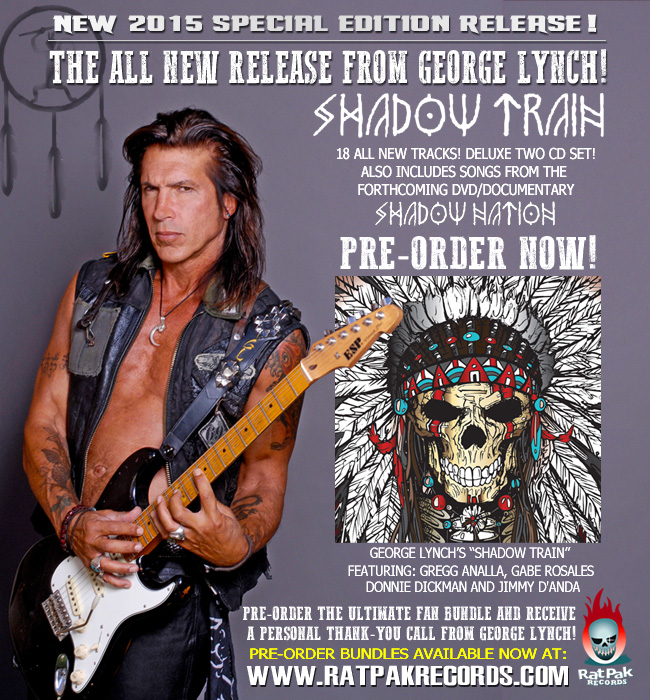 Legendary guitarist George Lynch’s long awaited Shadow Train project finally comes to light in this all new 18 track deluxe edition two CD set! George’s stellar guitar work, along with vocalist Gregg Analla, bassist Gabe Rosales, keyboardist Donnie Dickman and drummer Jimmy D’Anda, create honest, soulful and meaningful rock, blues and hard rock based music, that makes this release a must have for all GL fans! Songs on this disc are also featured in George Lynch’s forthcoming movie “Shadow Nation”, a thought provoking documentary that explores the trials and tribulations that face Native American Indians in our world today. About the release George says, “I’ve spent over 4 decades of my life pursuing elusive musical aspirations. But for even longer than that, I’ve cared, studied and thought deeply about the human condition and how we interact with each other and the world around us. Fusing these 2 aspirations into one has been a challenge for me throughout my creative life. This is my attempt at bonding the music and the message into one cohesive whole”. 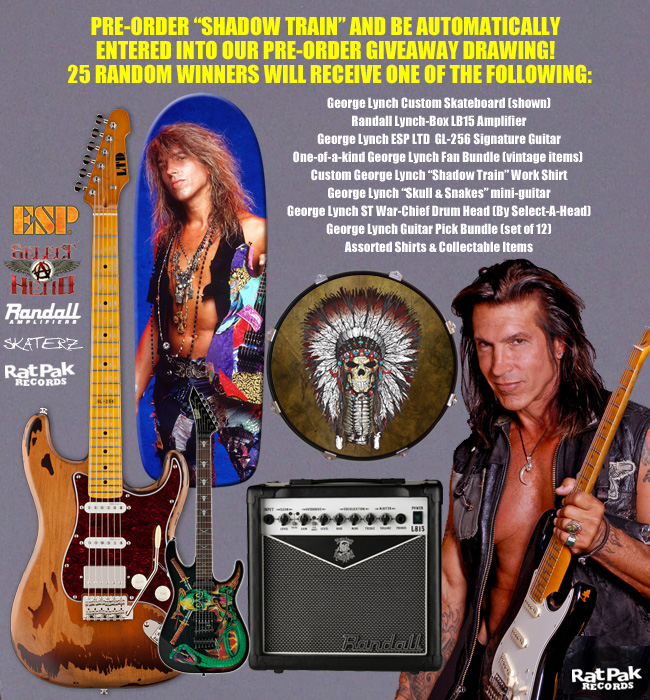