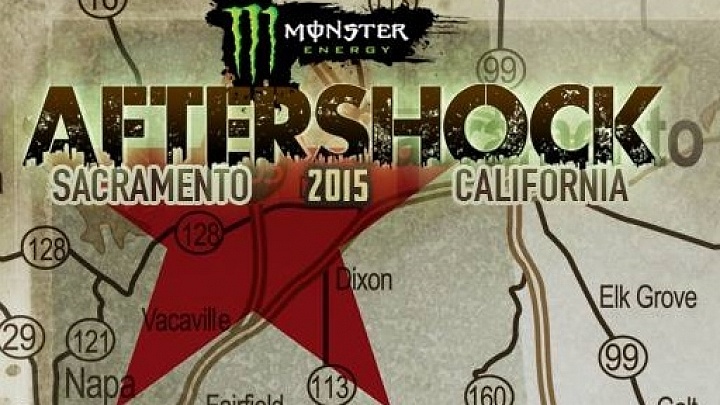 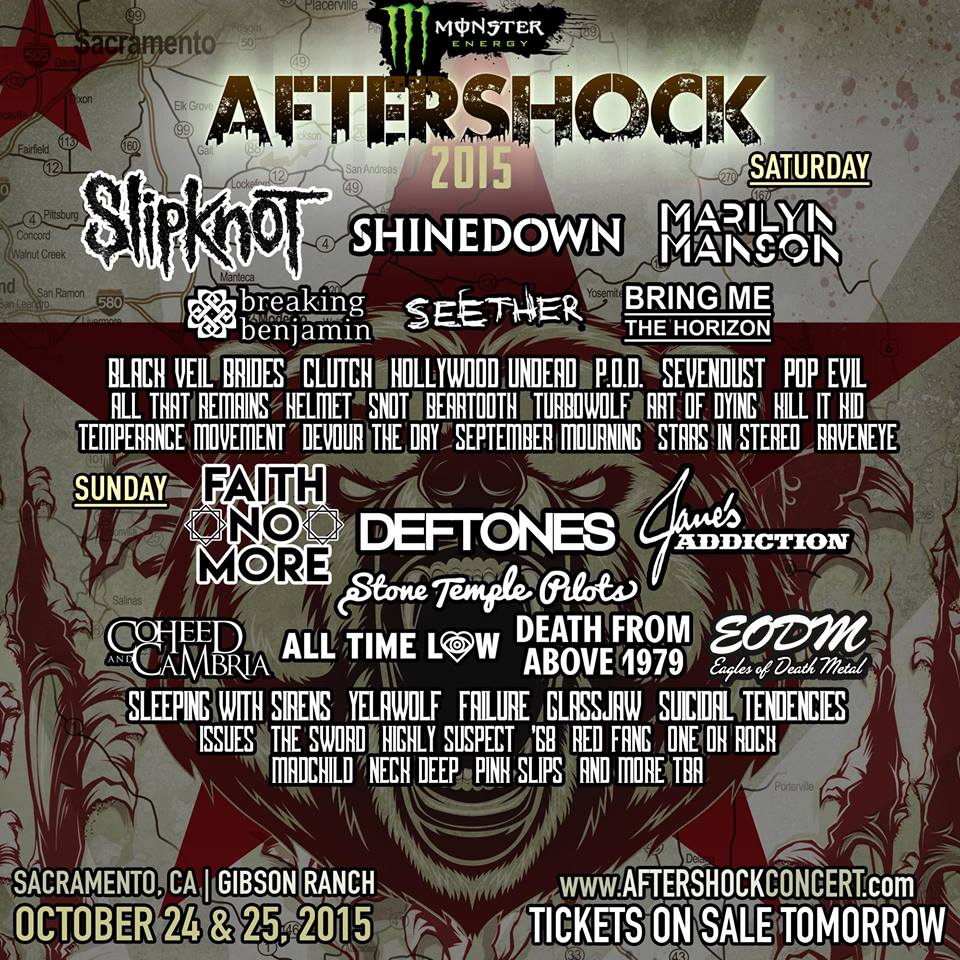 The fourth annual Monster Energy AFTERSHOCK Festival will feature a spectacular music lineup of hard rock, alternative and metal artists, as well as an expanded festival site with onsite camping Saturday, October 24 and Sunday, October 25at its new home at Gibson Ranch just outside Sacramento, CA. In addition, the festival will feature live, in-ring matches with WWE’s NXT Superstars.

Corey Taylor of Slipknot says, “We are really looking forward to playing AFTERSHOCK in Sacramento! A lot of great bands–can’t wait to see everyone, from Manson to Clutch. Sacramento won’t know what hit it when me and my friends are through.”

Deftones’ Chino Moreno says, “We’re looking forward to being one of the headliners at AFTERSHOCK this year and performing in our hometown.  It’s always special to return to the city that made us.”

In addition to music performances, Monster Energy AFTERSHOCK will feature live, in-ring matches with WWE’s NXT Superstars.  NXT is WWE’s developmental division based out of the state-of-the-art WWE Performance Center in Orlando, Florida. Over the past two years, NXT has grown into one of the hottest sports entertainment brands in the world, featuring incredible athleticism and compelling storylines that can be seen every Wednesday night at 8 PM ET on the award-winning WWE Network.

A special “Pre-Shock” discounted Weekend Ticket pre-sale for Monster Energy AFTERSHOCK will begin onWednesday, May 27 at 10:00 AM PT and run through Sunday, May 31 at 11:59pm PT (or when pre-sale tickets sell out) atwww.AFTERSHOCKConcert.com/Tickets, with regularly priced tickets going on sale Monday, June 1. See below for more details.

The daily band lineup for Monster Energy AFTERSHOCK is as follows:

A special “Pre-Shock” discounted Weekend Ticket pre-sale for Monster Energy AFTERSHOCK will run from Wednesday, May 27 through Sunday, May 31 (while supplies last) at www.AFTERSHOCKConcert.com/Tickets. During the pre-sale, alimited number of discounted

Weekend General Admission tickets will be available for purchase. The Pre-Shock ticket prices are as follows:

Camping and hotel packages, as well as discounted VIP tickets and General Admission ticket 4-packs, will also be available for purchase during the Pre-Shock pre-sale. Visit www.AFTERSHOCKConcert.com for details and pricing.

Regularly priced weekend tickets go on sale Monday, June 1 at 10:00 AM PT at www.AFTERSHOCKConcert.com/Tickets,www.Ticketmaster.com and at all Ticketmaster outlets. Ticket prices will be as follows: