Ministry spreads the good word at the Bomb Factory in Dallas 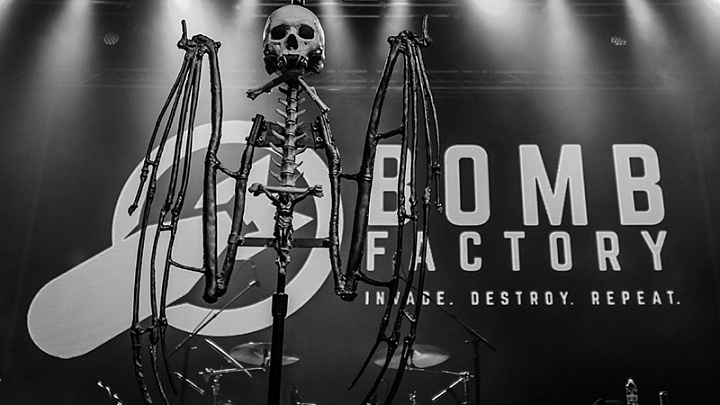 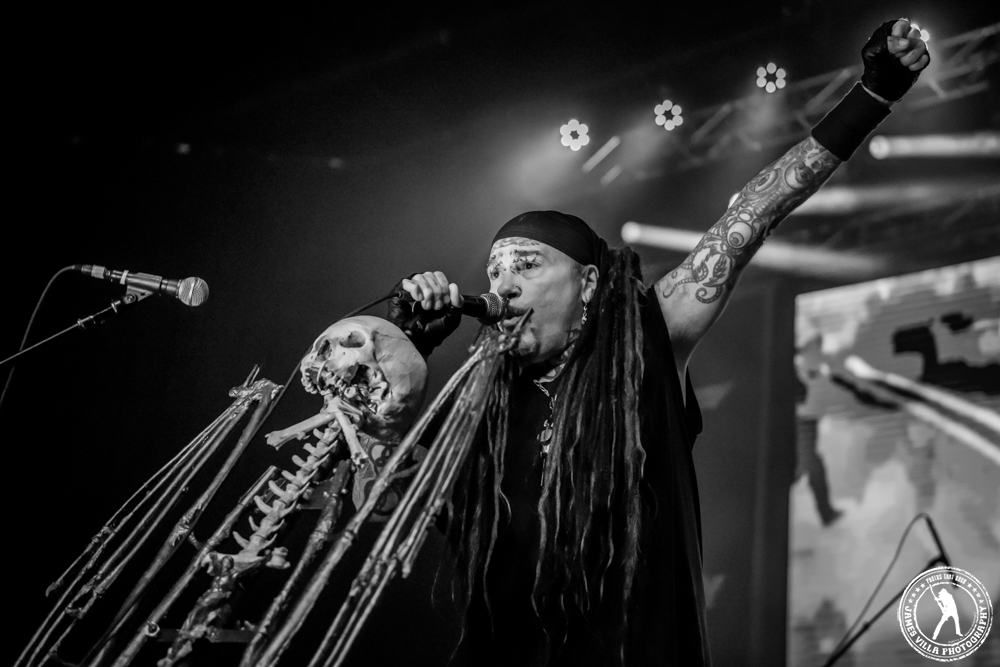 While the night may have begun looking a little dead, by the time ten-o’clock rolled around, The Bomb Factory was pretty crowded, even considering how large it is. The metalheads/industrial rockers of Dallas had turned out to see Ministry, who was returning to the city for the first time in a little while.

It was nearly a quarter after the hour when the band took the stage; frontman Al Jourgensen appearing on stage wearing a gas mask at first, soon taking it off and brushing his dreads forward as “Hail to His Majesty (Peasants)” played. That one was part track, part singing, allowing the mastermind of Ministry to wander around the stage and pump up the spectators.

The first portion of their set was dedicated to their newest (and final) studio album, From Beer to Eternity, opening with that lead cut from it and quickly running through the four subsequent tracks, as the sludgy sounding industrial metal sounds sunk their hooks into the audience. 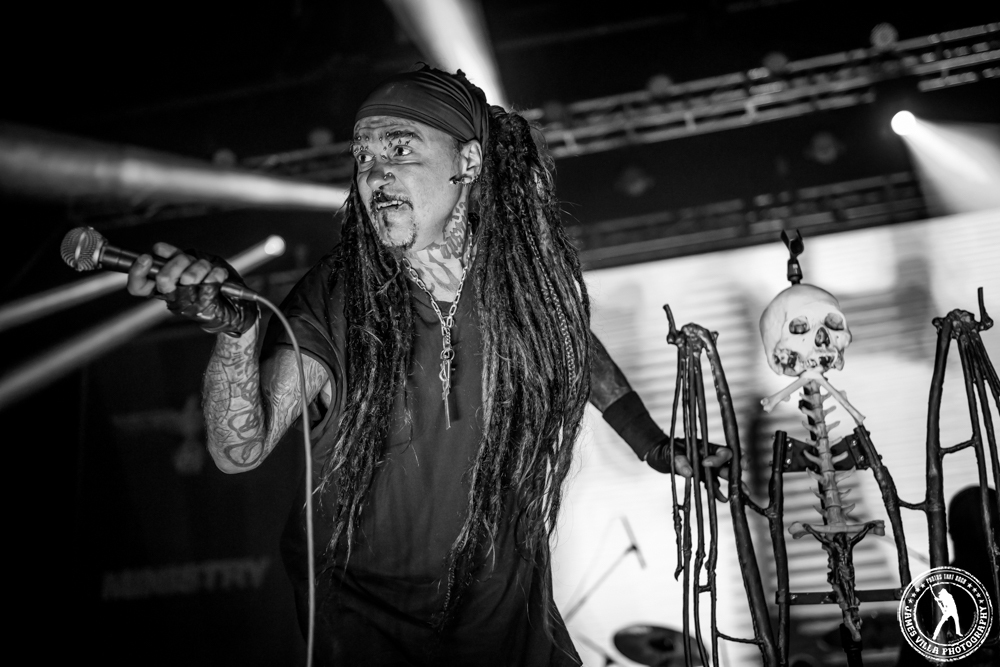 They brought Betty X a female vocalist on stage before “Perfect Storm”, staying for it and “Fairly Unbalanced”. The panels that hang at the back of the stage allowing for the venue to show video were in constant use this night, as Ministry had footage to use for every song. It was during that latter one a montage of news clips from the Fox News Channel were shown, tying into the song as they made a statement with it.

Guitarists Sin Quirin and Cesar Soto let loose some sweet licks during “Rio Grande Blood”; and before the next song, Jourgensen got candid, saying he had a close personal connection to Dallas. It was at that point he brought up his late band mate Mike Scaccia, who died on stage while performing with another band a couple years ago. Jourgensen mentioned that for 28-years the late musician had been his bets friend, asking the crowd to pour a little of their drinks out in his memory. He also stated what a “manic” Scaccia was, with “Señor Peligro” going out to him in his honor.

They kept delivering offerings from different albums from the 2000’s right until the end of this near 90-minute show, with “New World Order” getting the largest rise from the fans thus far. Another single off the Psalm 69 album, “Just One Fix” proved to be another favorite amongst the crowd this night. 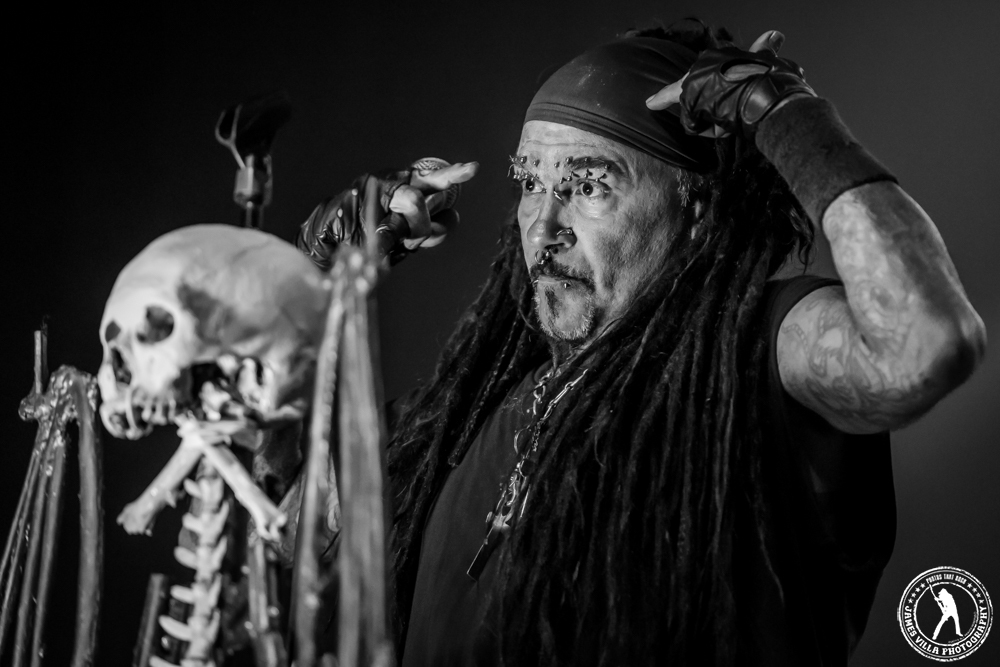 From the early 90’s they jumped back to the late 80’s, doing another couple from The Mind is a Terrible Thing to Taste, before capping the night off “Khyber Pass”.

Everyone who was there loved it, start to finish. When you think about it, Ministry has changed much more than most bands even could. The fact that Jourgensen could reinvent the band from the new wave style they began as in the early 80’s to industrial rock, and even after that occasionally changing, incorporating more speed and thrash metal into some songs is something few bands could pull off. The fact that they’ve done that so successfully is something to marvel at; and no matter what style of metal they played this night, most everyone seemed receptive to it.

The show was dynamic start to finish; and who knows when or even if Ministry will ever return to Dallas, but at least their fans got this experience.