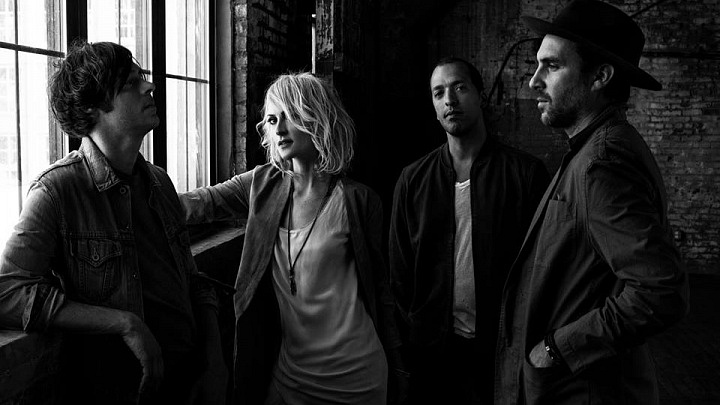 Revealing the first official new music following their internationally celebrated and award-winning last album Synthetica (2012), Metric returns today with “The Shade”—available via iTunes HERE, on YouTube HERE and on Spotify HERE. More details on the band’s sixth album will be forthcoming including a pre-order starting on June 2. Metric is confirmed as Imagine Dragons’ very special guests on a run of North American dates starting next month.

“The Shade” was written and recorded at the Beastie Boys’ legendary Oscilloscope Studios in NYC and at the band’s own Giant Studios in Toronto. The track’s sensibility and tone fits seamlessly alongside the band’s previous work, which has yielded multiple chart-topping radio hits around the world with songs such as “Help I’m Alive,” “GoldGuns Girls,” “Youth Without Youth” and “Breathing Underwater.”