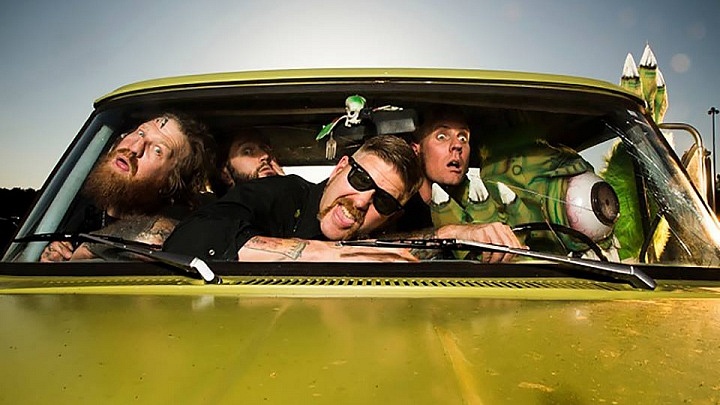 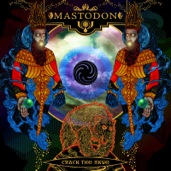 Mastodon are proud to announce the next in their ongoing vinyl reissue series set for release next month. The second album in the series, 2009’s Crack the Skye, will be released on baby-blue vinyl on June 2nd. Earning Mastodon unanimous critical praise, the album led to Rolling Stone calling them “the greatest metal band of their generation – no one else comes close,” while Revolver praised Crack the Skye as the work of “a band at the peak of its musical and conceptual powers.”

The first album in the series, 2006’s Blood Mountain, is available right now on a mix of solid yellow and transparent green vinyl. We’ll announce the next release in the weeks ahead.

A brand new video for the song “Asleep In The Deep,” from Mastodon’s current album, ONCE MORE ‘ROUND THE SUN, is in production at this time. From the twisted minds of Mastodon, Atlanta-based Special FX Guru, Shane Morton, and renowned American artist Skinner (cover artist ONCE MORE ‘ROUND THE SUN, etc.), Mastodon will release a new short film that will feature bizarre imagery and psychedelically-hued, possibly disturbing and disorienting concepts, starring cats. We must honor our oath of secrecy so you’ll just have to wait. All will be revealed soon.

Until then, don’t miss THE MISSING LINK TOUR featuring co-headliners, Mastodon and Clutch as it continues to steamroll across the land with support provided by Sweden’s Graveyard. Remaining tour dates are listed below. Tours of Europe and South American have just been confirmed. Tickets are on sale now. Please visit www.mastodonrocks.com for more info.