Avatar brings the Apocalypse back to Dallas at The Bomb Factory 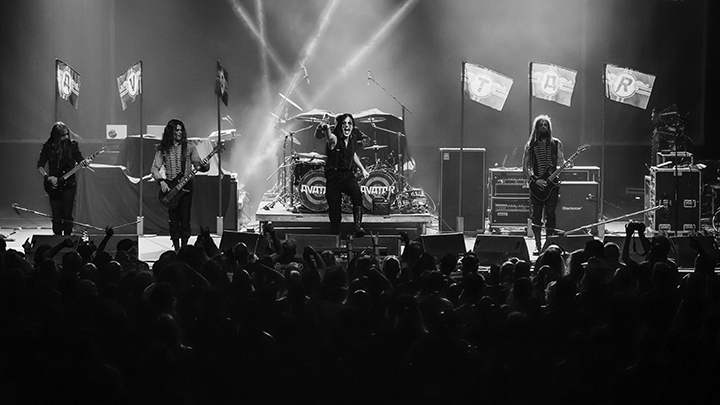 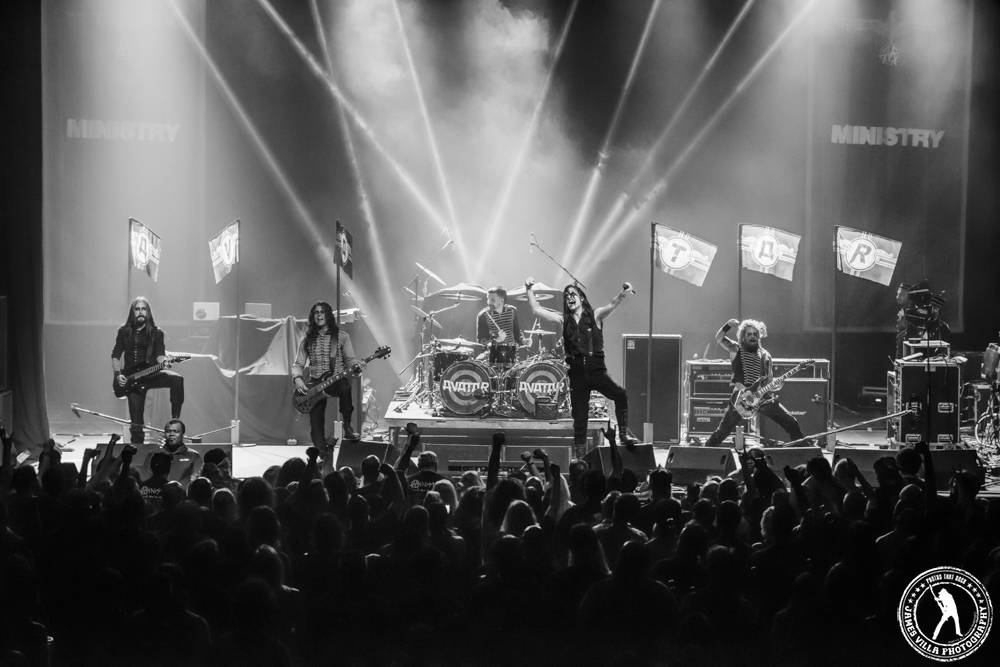 Avatar was providing main support for Ministry at The Bomb Factory this night; and after seeing the Sweden-based metal act a couple times (both out of state), I was looking forward to catching them a little closer to home. Well, my home.

When it came time to start, one by one, drummer John Alfredsson, guitarists Kungen and Tim Öhrström as well as bassist Henrik Sandelin slowly stepped out on stage. Two of them carried one flag with them, while the others had a flag in each hand. They took their spots at the front of the stage, the lettering on each flag spelling out “Avatar” as they stood there for a few moments, still as statues, before placing them in their spots around the amps and other gear.

As they picked up their instruments, they suddenly ripped right into the opening number, “Hail the Apocalypse”, as frontman Johannes Michael Gustaf Eckerström walked out on stage, dressed in his vibrant attire that looks like something a ringmaster at a circus would wear. Or in this case, more of a freak show. A cane in hand, he was constantly waving it around; and during an instrumental break he got a drink of something, though whatever it was was in a small gas can. 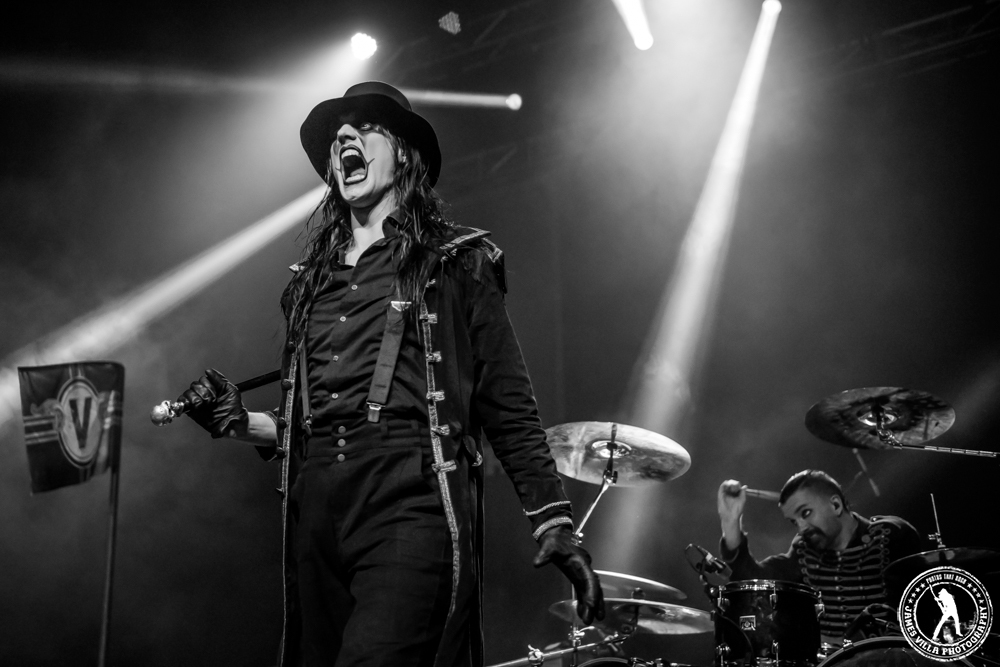 “Dallas is on fire!!!” Eckerström yelled as they took things back to The Black Waltz album with “Let it Burn”. “Now, one could be led to believe that Avatar has made their triumphant return to Dallas,” the singer said afterwards, channeling his devilish sounding voice, exaggerating some of the words. Portions of the crowd applauded that as he added, “But one would be mistaken, ‘cause I declare this Avatar country! And you are all in my backyard!” he finished before they kicked things up a few notches with the more at times thrash metal sounding “Death of Sound”.

Eckerström made it his job to get the crowd pumped up this night, not just for them, but for the mighty Ministry, encouraging everyone to jump during “Vultures Fly”. “You look like you must be tired of standing still!” he said to everyone before another cut from their latest album, “Get in Line”.

They had progressively drawn everyone in, getting much of the audience to commit to the show; and “Smells Like a Freak Show” was their final opportunity to ensure everyone was warmed up. Alfredsson left his kit mid song as they hit a tranquil moment, casting his arm in the air to get a reaction before throwing a drumstick out for one lucky patron to get, and then returned to the kit to hammer out the beats. 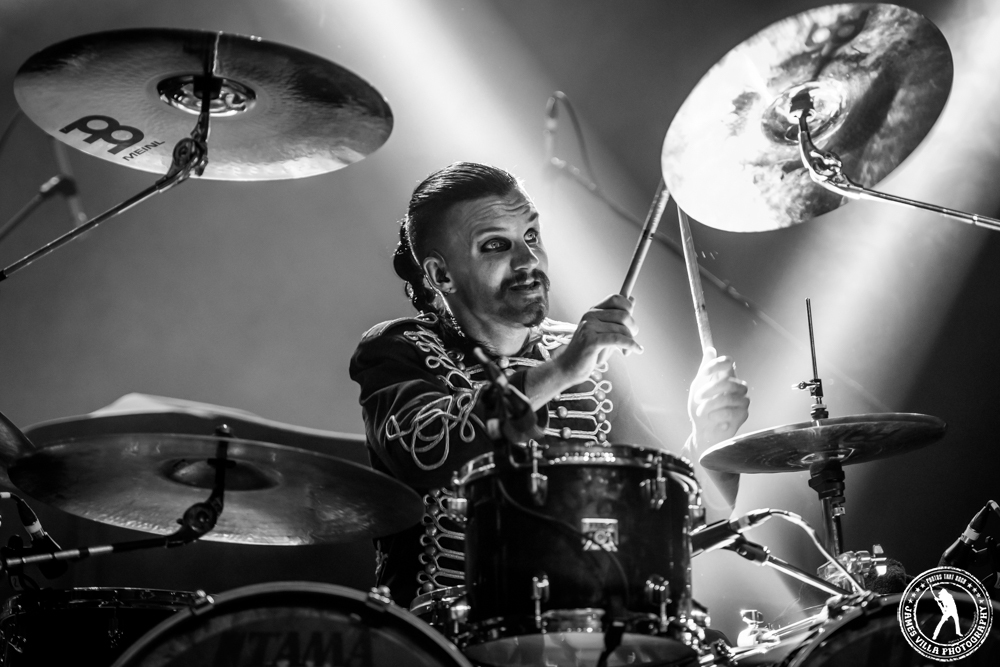 “All hail The Sixxis. All hail Ministry. All hail Dallas, Texas!” Eckerström stated as their 38-minute long set came to an end.

The death metal genre may not be one I usually flock to, but there’s something about Avatar. Visually, in terms of attire, they’re completely different; and even as hard and heavy as they hit with their music, there’s still trace amounts of melody present. All together, it makes for an interesting performance far different from what you’re usually given; and with the sheer chops they all possess as musicians, you still get the full throttle experience you desire from a live show.