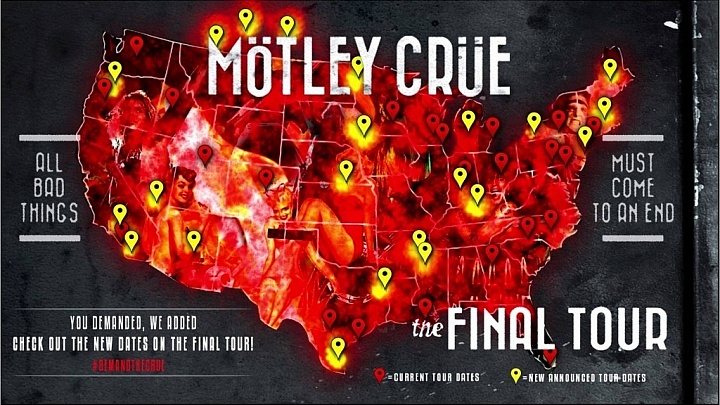 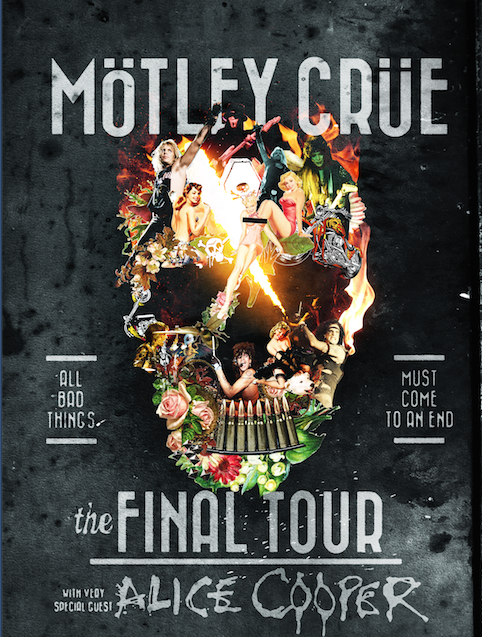 Iconic rock band Mötley Crüe announced today the details of their final addition of North American dates. The select new shows will take place in October and December as part of the band’s two year Final Tour cycle.Mötley Crüe’s touring career will conclude on New Year’s Eve, December 31 at Staples Center in their hometown of Los Angeles where the band’s career began 34 years ago.

Says bassist Nikki Sixx: “The demand to add more shows in North America has been overwhelming. The fans have spoken so we’ve been trying to find time for more dates in addition to the international dates on the schedule this year. We want to say goodbye to as many fans as possible so we added these shows around the holidays. No better way to spend them than with the people who have supported us over all these years.”

The new North American shows announced today will see the band visit cities such as Little Rock, AR and Lincoln, NE in the US and Calgary, Edmonton and Saskatoon in Canada. All dates will be taking place in arenas exclusively to ensure fans get to experience the full show production of the Final Tour.

Leading-up to today’s announcement, Mötley Crüe gave fans an opportunity to voice their thoughts on what additional cities they would like to see the band play. Fans shared their messages on Facebook, Twitter and Instagram using the hashtag #DemandtheCrue and could see the progress of the conversation via a heat map that was updated daily at: Motley.com/DemandTheCrue

After thirty-four years performing together, the 2015 leg of the Final Tour includes shows all across the globe. Next up, Mötley Crüe will head over to Australia and New Zealand in May for their last ever shows there. June will see the band saying farewell to the European festival circuit with 3 massive performances at Download (UK), Sweden Rock (Sweden) and Novarock (Austria) Festivals before taking their can’t-miss show back to the U.S., Canada, and Mexico this summer.

Mötley Crüe first announced plans for their two year Final Tour by signing aCessation Of Touring Agreement at a press conference in Los Angeles in January 2014, solidifying the end of their touring career for December 2015.  Since the announcement the band has been touring tirelessly to say goodbye to fans around the world, most recently playing their final shows in Japan.

The 2014 leg of the Final Tour was one of last year’s top grossing tours, selling close to a million tickets across 72 cities and grossing more than $45 million. “Mötley Crüe’s Final Tour has been a massive global success and a true testament to the popularity of this legendary rock band,” says Rick Franks, Live Nation’s Regional President of North American Concerts. “New Year’s Eve 2015 will mark the end of an era in rock history but there’s no doubt that Mötley Crüe’s music will influence generations of artists for years to come.”

Audiences can also expect a high-energy performance from very special guest Alice Cooper, who joined the band for the Final Tour in 2014.  He will be tearing up the stage for crowds in Australia/New Zealand and across North America once again on most 2015 dates. The pairing has been roundly praised as a must-see by fans and media alike.

The band’s exclusive VIP Packages (including opportunities to meet band members, new exclusive merchandise, up-close and personal view of the encore performance like never before in the CRÜESNEST, and more) and Fan Club pre-sales for these dates start 4/22. Check out VIP offers at http://motleyvip.com. To join the Fan Club go to http://fanclub.motley.com

Local ticket pre-sales start this Thursday, 4/23 at 10am local time before the public on-sale begins on Friday 4/24 at 10am local time with some dates going on sale on Saturday, 4/25. See below for a full list of dates. For more information go towww.motley.com 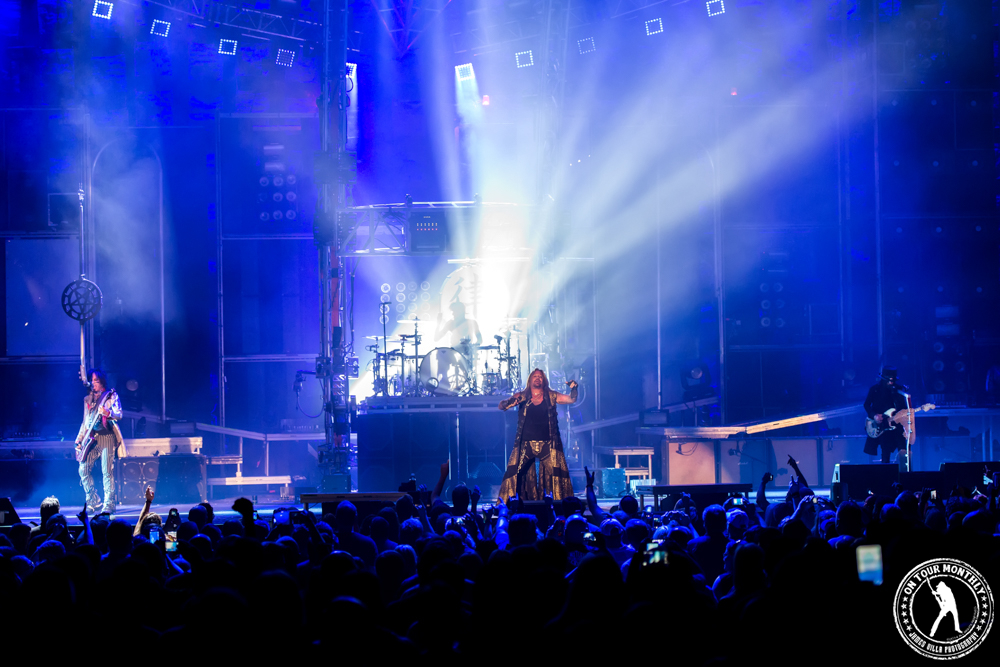