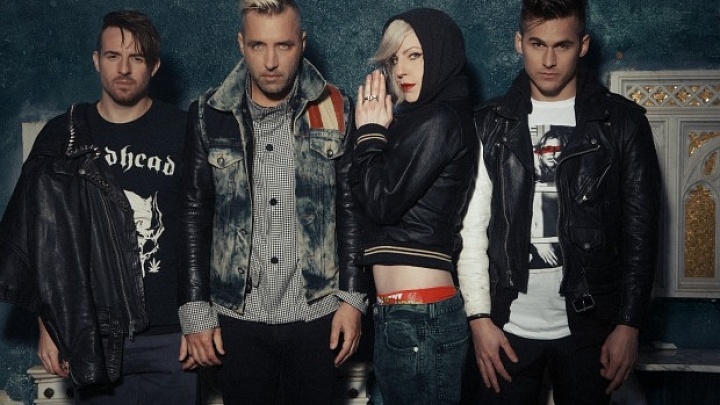 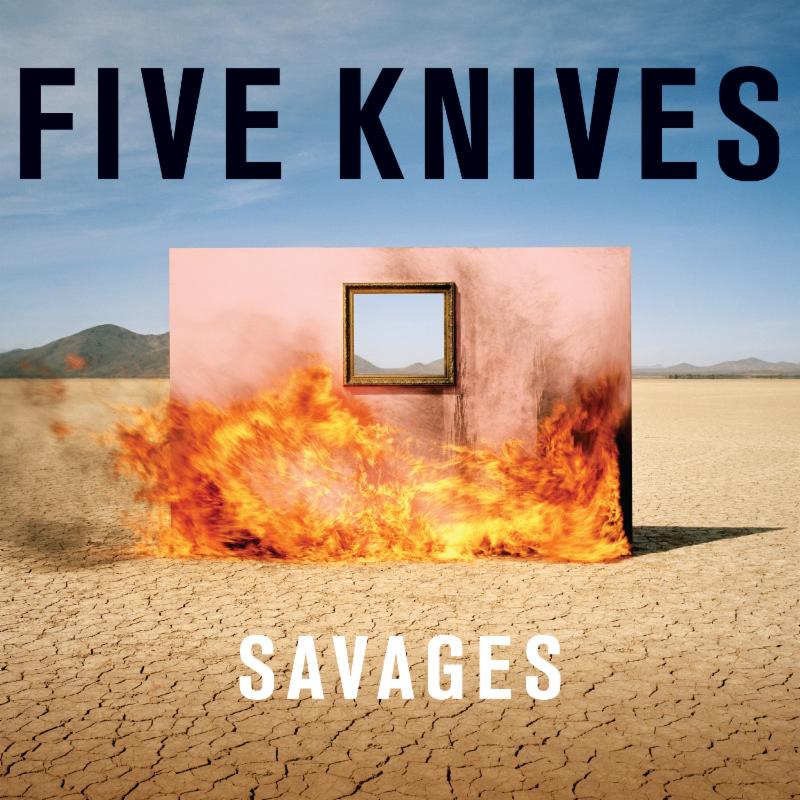 Electronic-pop band Five Knives will release their debut album, Savages, on June 2nd via Red Bull Records. The new album, produced by Mark Needham (The Killers, Imagine Dragons), contains 13 tracks of bombastic, heart-skipping raw electronic bursts wrapped in pop hooks, all delivered with the power and energy of a live band. Five Knives will perform at the Troubadour in Los Angeles on May 5 supporting Dev, and will bring the dance party to the beaches of Gulf Shores, AL when they perform at Hangout Festival on May 15. 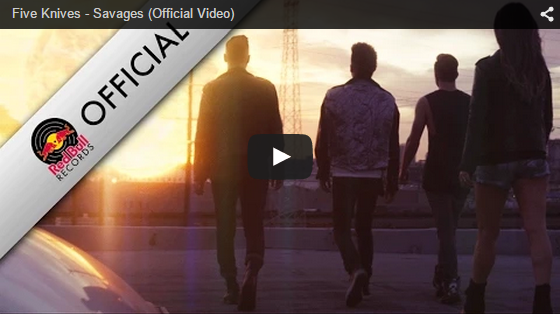 Comprised of singer Anna M’Queen, guitarists/keyboardists/programmers Nathan Barlowe and Zach Hall and drummer Shane Wise, Five Knives formed in 2012 and have quickly advanced from secret password basement shows in their hometown of Nashville to performing at Winter Music Conference and most recently, touring with Icona Pop. The band’s song “The Rising,” from their 2012 EP of the same name, was nominated for a Grammy for the category of Best Remix Recording (remixer Eddie Amador).

“We are songwriters who love the high energy of electronic music. What sets us apart is that we’re crafting songs with a full band, infusing our pop, alternative and electronic influences. We deliver a live show that bridges the gap between a rock band and a DJ set,” says M’Queen.