We Are Harlot premiere “Never Turn Back” 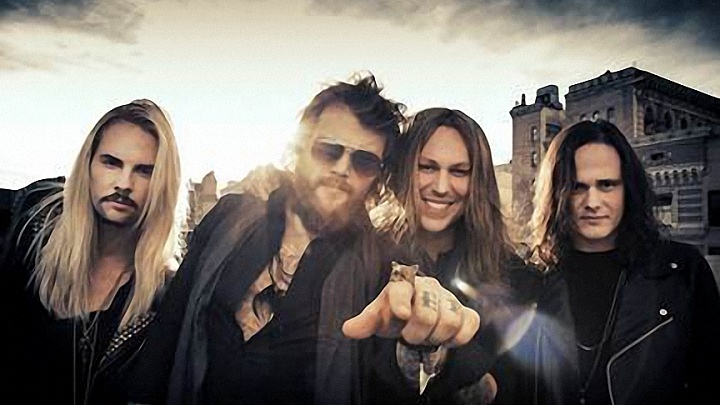 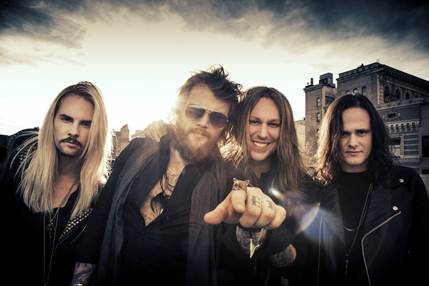 Roadrunner Records’ group We Are Harlot have premiered “Never Turn Back,” a brand new track from their long awaited self-titled debut album WE ARE HARLOT. The song which is streaming now on Loudwire is the fourth album track to be released from the group’s debut LP following lead single “Dancing On Nails,” “The One,” and “Denial.” WE ARE HARLOT arrives everywhere on March 31ST with pre-orders available now via iTunes and www.WeAreHarlot.com.

Recorded at Steakhouse Studios in North Hollywood, CA and produced by Kato Khandwala (The Pretty Reckless) along with Worsnop, George and Agra, WE ARE HARLOT showcases the bands larger than life personalities and unrelenting desire for fun. Their mission to revive Rock N Roll is evident from the get-go as Worsnop’s swagger and power commands attention, while George’s guitar oozes with style and feel and Agra / Weaver provide the rhythmic flow and backbone for the album. “Denial”, the first track to be released off the record earlier in 2014 caught the attention of global entertainment company WWE, which picked the track to be the new theme song of its flagship television program Monday Night Raw. Other album standouts include, “Dirty Little Thing” and “Someday,” which highlight We Are Harlot’s staggering versatility and see them fearlessly blasting off into a new stratosphere with power and excitement.

The band has already begun earning accolades for their debut LP with ARTISTDirect exclaiming, “We Are Harlot’s introduction is everything listeners hope for and a whole lot more. It’s rock ‘n’ roll shocked back to life and ready for a new legacy.”
Guitar World declared We Are Harlot “one of the most hotly anticipated acts in the heavy music scene…songs like ‘Denial’ are swaggering and straightforward ragers, jam-packed with buoyant, buzzsaw riffs and melodic hooks galore and topped with plenty of tasty shredding…The result is a sound that comes off like a gloriously hedonistic hard-rock throwback, but encased in a modern aggro-metal sheen.” What’s more, both Alternative Press and the UK’s Rock Sound named WE ARE HARLOT to their “Most Anticipated” albums of 2015 lists.