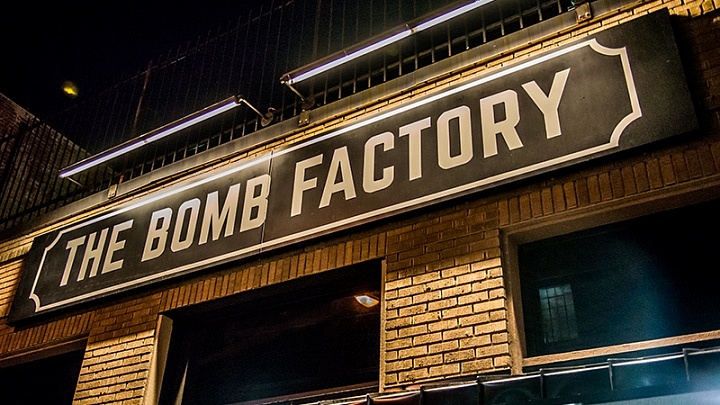 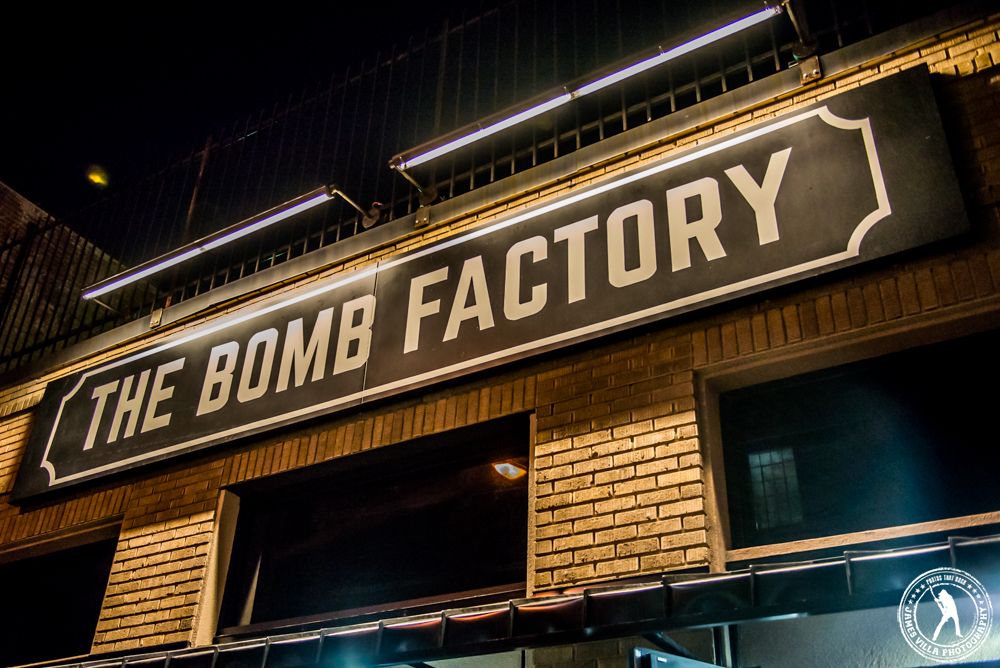 The Bomb Factory. It’s the stuff of legend in Deep Ellum. A venue that shuttered its doors in the late 90’s, so people like myself, who began getting into the local music scene in the mid-2000’s, never even heard tale of it until talk surfaced that husband and wife Clint and Whitney Barlow (who re-opened the historic Trees in 2010) were probably going to purchase the old Bomb Factory space.

It happened, and then came the lengthy process of renovating a building that had been vacant for the better part of two decades. All that effort finally came to fruition the other night, when the day of the grand opening finally rolled around.

With the exception of that, it was a relatively calm Thursday night in Deep Ellum. Nothing major was going on at any of the other clubs that were opened, yet parking was a scarce commodity. I settled for a lot down at Good Latimer and Elm (where the price had been upped from the typical $5 to $10). That made for a jaunt that was about half a mile to the Bomb Factory.

It was weird walking along Elm Street. Trees was closed for the night, its bright neon green sign dark, with few people even on the streets, yet every parking space was full. It was almost reminiscent of an episode of the Twilight Zone.

As I passed Commerce Street and continued south towards Canton, I was clearly on the right track. The line to get in was wrapped around the building, stretching a little more than a full city block. 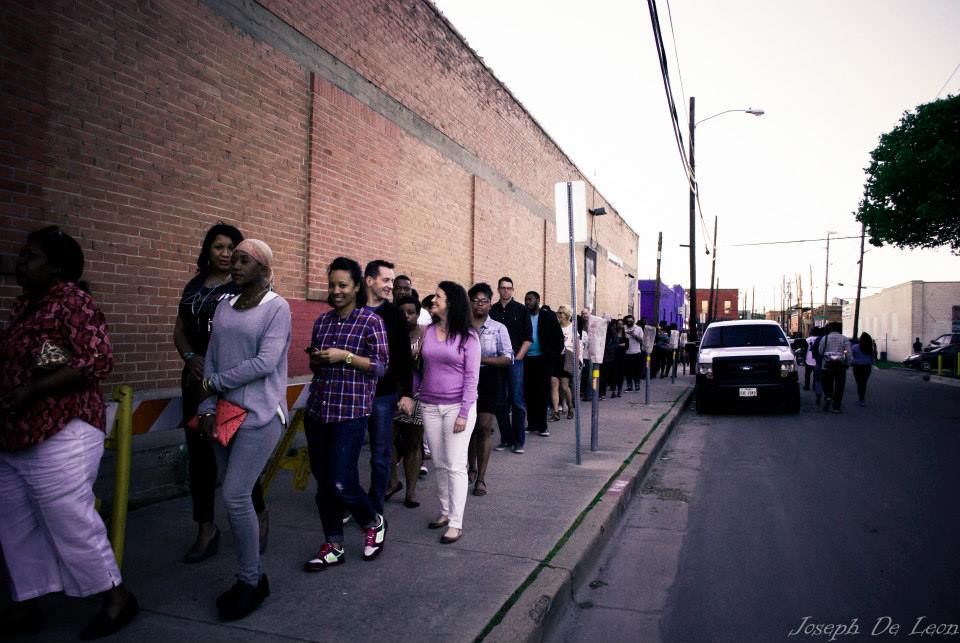 Everyone had their own reason for being there. Many were fans of Erykah Badu, coming to enjoy what some considered to be a rare thing, her doing a hometown show. I think others just wanted to be there to say they were there. One young woman I chatted with while in line wasn’t a true fan of Badu, but came to basically just see what all the fuss was about, noting she just liked the name “The Bomb Factory”.

To the average eye, this was a cluster f*ck, though there was a good system in place, with two staff members being stationed at a certain point, giving wristbands to those who were of age. A little ways further was a team of four or five people, scanning the tickets just as fast as they could so the patrons could enter the 4,300-capacity building. 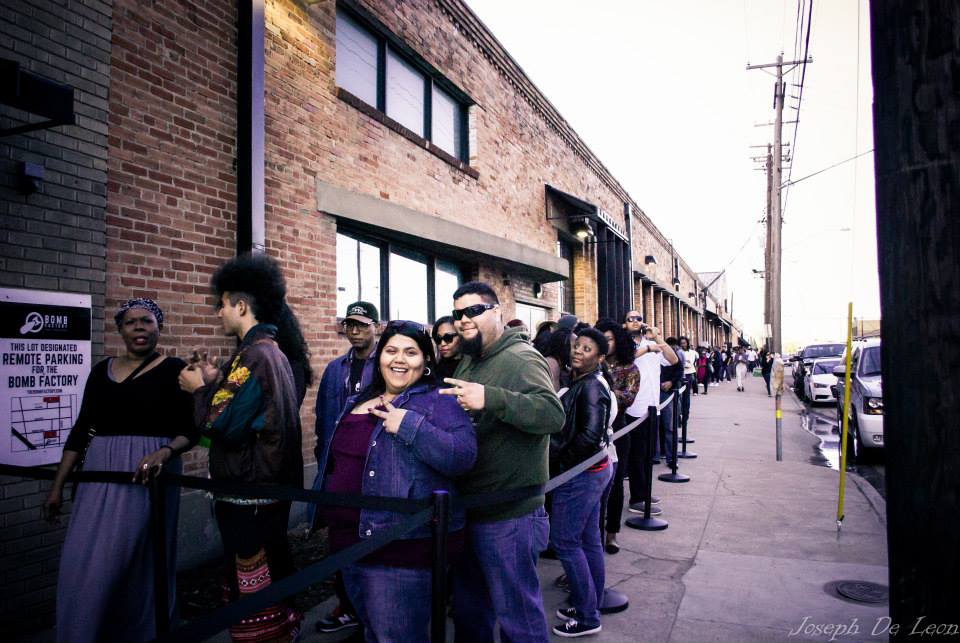 I should mention that it was completely sold-out this night.

The lobby had a good feel, being a good place to congregate and chat with friends if you wanted a break from whatever band may happen to grace the stage here. The main action was in the showroom, though.

It took a couple minutes for my eyes to adjust. With the exception of the lighting on stage, it was pretty dark in there.

It was hopping. There are two levels to the place, with the second containing a series of suites on one side and rows of tables on the other, with rows of tiered seats making up the middle portion. The main level was standing room only; and with local heavyweight Sarah Jaffe having just finished what I heard was a spectacular set (sadly, I wasn’t able to make it down here sooner to see it firsthand), the crowd was busy getting ready for Badu.

The bars were busy, but the employees already seemed to have a system down, never appearing overwhelmed, despite being inundated with customers.

With plenty of time before Badu and her band hit the stage, there was ample time to just take it all in. The place was massive. Impressive doesn’t even seem to do it justice. There was a bit of class added thanks to some chandeliers that hung about on the second floor, though it also retained that gritty club feel that I think every venue should have. It was the best of both worlds; and while over four thousand people may have been packed in here, it never felt crowded. That was the most shocking thing to me. There was still plenty of space to breath, even though a sea of people stretched from the guard railing in front of the stage all the way to the back of the show room.

When Badu took the stage around 10:30 that was when the party really got going. People of all age ranges (there was a good mix of folks form their 20’s to their 40’s) were dancing about as soon as the music began, which preceded Badu’s actual arrival on stage. 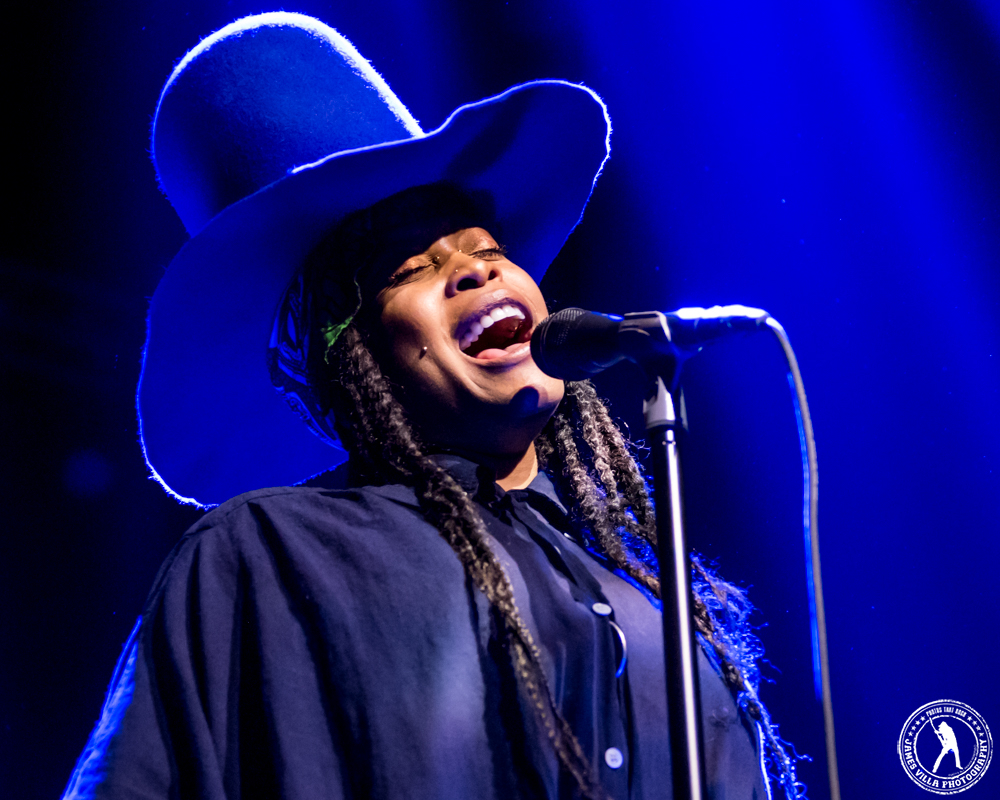 Her pride as a Dallas resident was running high this night. During one break, she mentioned that eight months out of the year, this was her home. “This is where I take my vacations!” she stressed, getting roars of approval from the fans. She even stated her first show ever took place here in the Deep Ellum area of Dallas, and her affinity for this place still seemed strong.

Old songs were mixed with new this night, as she announced she had been through some stuff (“stuff” may not have been her exact phrasing) since she had last seen everyone here, and she wanted to fill them in on what had transpired in her life, but being an artist, she would do so through song, not regular conversation. 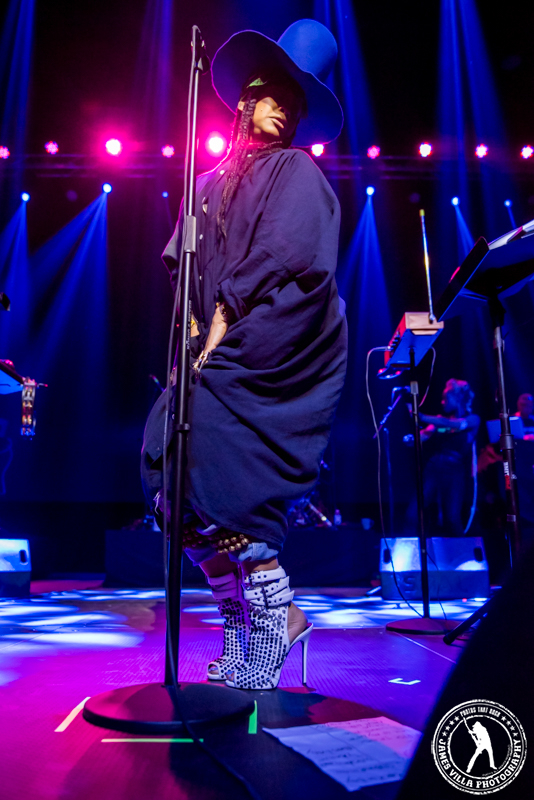 Her time on stage lasted well over 90-minutes, pleasantly surprising everyone, who eagerly indulged in everything she offered up.

There’s no way The Bomb Factory could have had a better grand opening party. A couple DFW area acts got to christen the venue that will be a game changer in the Dallas music scene, selling it out in the process. It was unreal. It’s hard for a lot of bands to draw like that, and on a Thursday night no less!

And I say this will be a game changer, because not only is it larger than some of the other bigger venues in the area, but it’s also in the most historic music district in North Texas. Deep Ellum has been a haven for music since the late 1800’s. The music has changed over all that time. Venues have come and gone, as have new trends and new generations of musicians and fans, but in the grand scheme of things, Deep Ellum has remained the same. It’s still all about the music, and now, it finally has a venue that can cater to the touring bands who will pull a couple thousand fans or more.

So, here’s to The Bomb Factory and here’s to the dawning of a new age in Deep Ellum.