STYX light up Billy Bob’s in Fort Worth with a rousing performance. 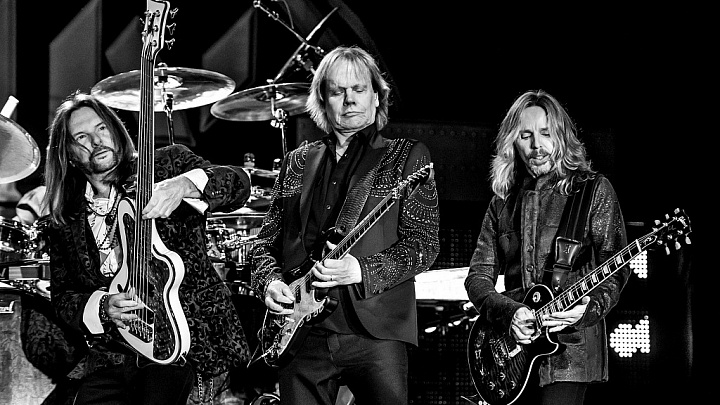 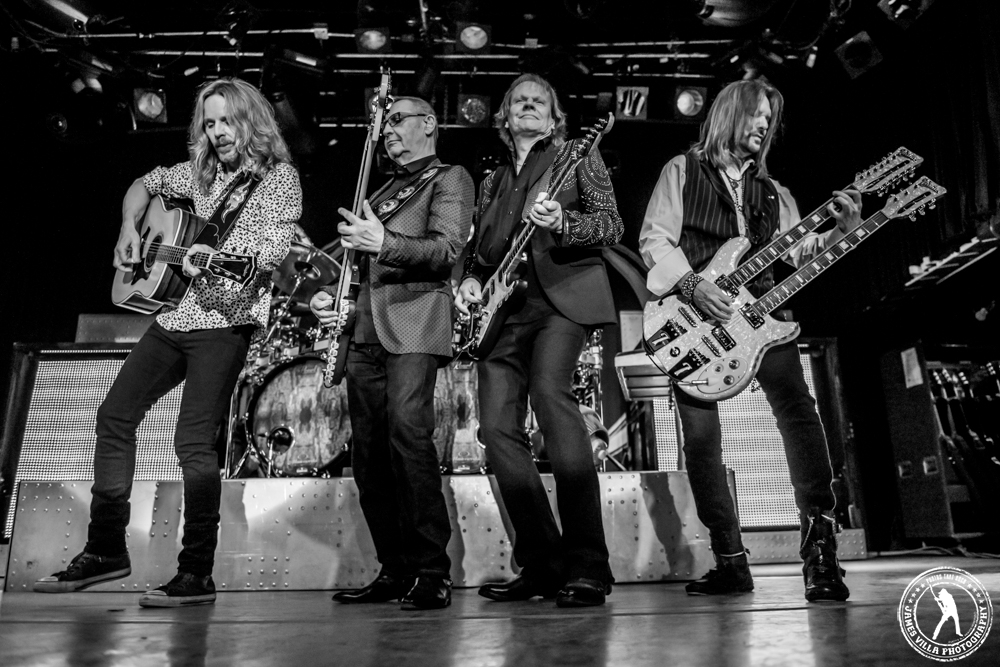 Formed in the late 60’s, STYX has had its share of success, controversy, and inner-turmoil.  Yet through all of that, they’ve managed to somehow remain relevant and still draw the crowds that most bands with a similar tenure could only dream of. Saturday night at Billy Bob’s in Fort Worth was no exception.

Once the evening’s MC came out and got the capacity crowd going, there was no way to keep them contained, as they grew restless with each passing minute, and the chants for STYX spread throughout.

Without word the band went right into the title track from their 1977 breakthrough album “Grand Illusion”, followed by Shaw’s signature track, “Too Much Time On My Hands” from the 1981 concept album Paradise Theater as the crowd joined in and sang along, Shaw’s smile grew wider with each passing chorus. 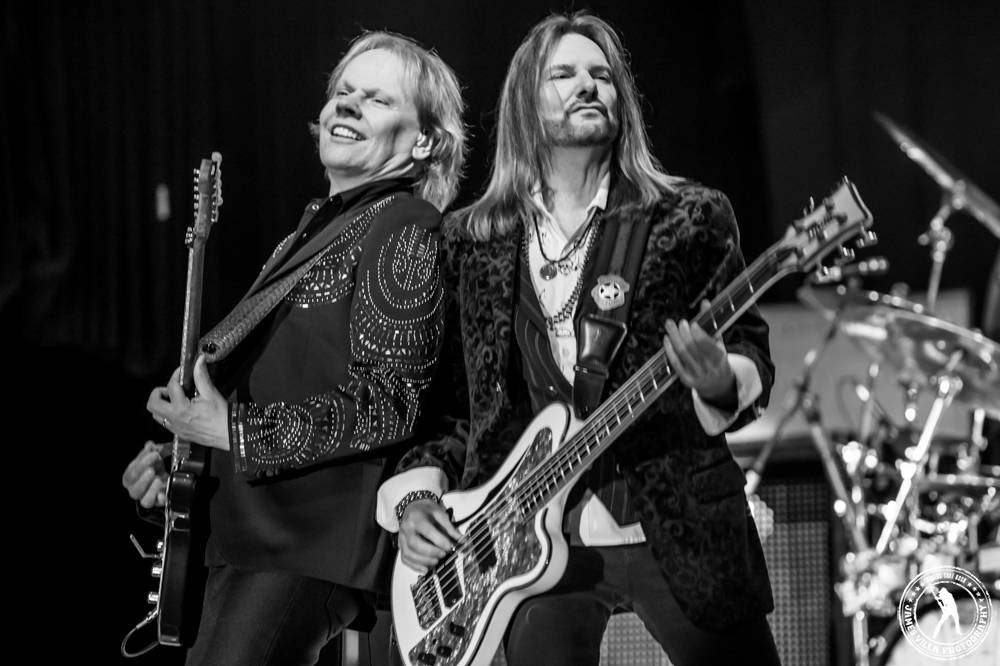 The band took a short break to greet the crowd and introduce one of the founding members of STYX, bass player Chuck Panozzo, who would make several appearances thought their set.

Shaw grabbed his acoustic and proceeded to keep the hits coming. “Fooling Yourself” and “Lady” were followed by the keen humor of Young who spoke about excess and success and how nowadays quenching your thirst wasn’t as easy as it was in the beginning. The crowd laughed and applauded. With this, Shaw added, “I’ve never heard applause for drug abuse. At least we survived”.

By then, the crowd was on their feet as Young and Shaw blistered seamlessly through the setlist. Phillips and Panozzo would alternate bass duty on occasion, but Phillips mainly stuck to guitar and backing vocals throughout the evening. 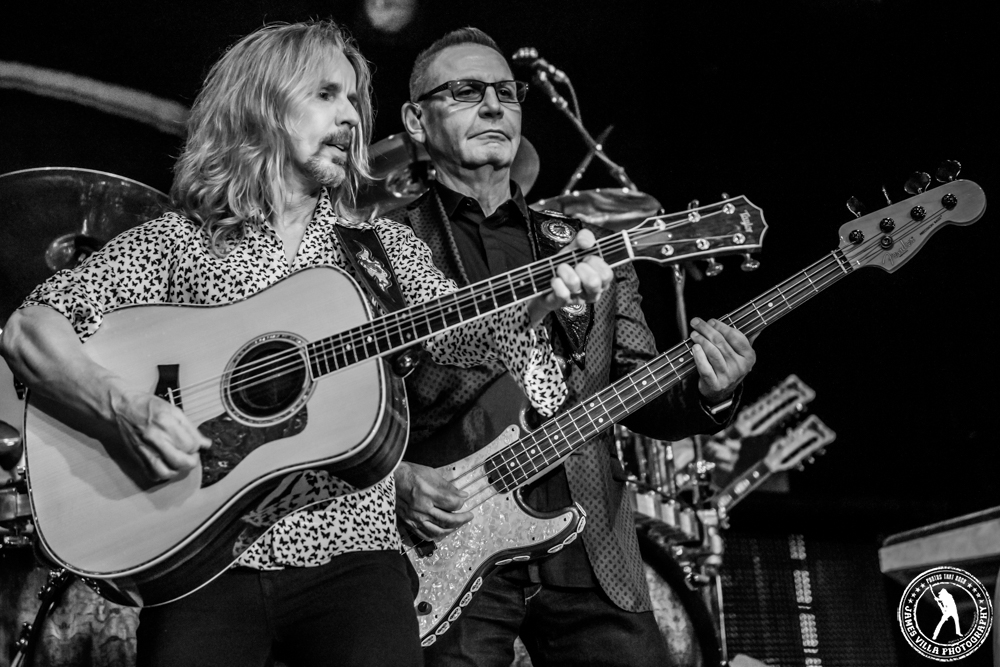 “Light Up” and “Man in the Wilderness” followed, along with a clap along crowd session, which lead into “Miss America”, and “Lights” off of 1979’s Cornerstone album. That led the band to recall their 2004 Crossroad Festival visit to Dallas in which they STYXIFIED, a song made famous by none other than The Beatles. It was “I Am the Walrus” and the crowd sang along in approval.

Gowan, who had been busy on the keys, took the mic and asked the crowd to sing along if they know the words to the medley of songs that would follow. “Whiter Shade of Pale”, “You Can’t Always Get What You Want”, and “Bohemian Rhapsody” were the songs they strung together. Gowan rounded out the set with one of the bands early hits, a song that made it all the way to no. 8 on the charts in 1978. It was fan favorite “Come Sail Away”.

As the band made their way off the stage the chant for encore quickly filled the venue. 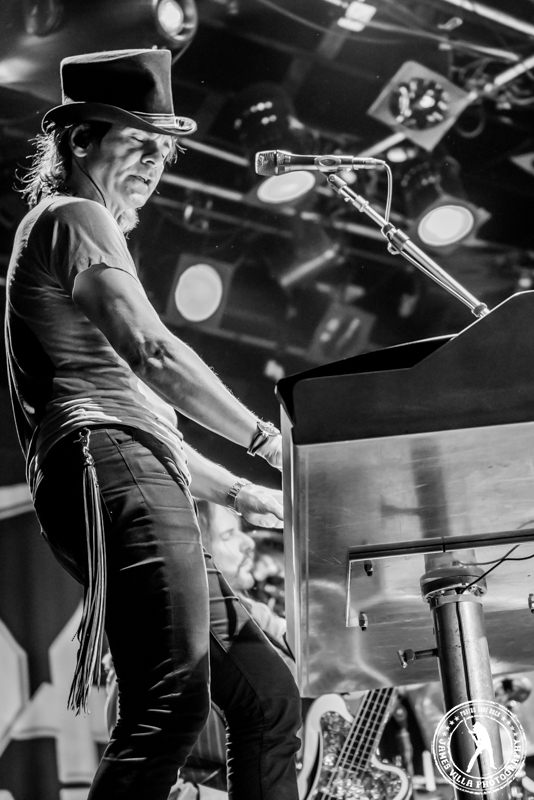 When the band returned, Gowan quickly adorned a top hat and invited the crowd to the party.  As the confetti canons exploded so did the crowd. The band proceeded to play “Rockin’ the Paradise” a song typically reserved in STYX history as the opening song had now become part of the encore.  Even before the crowd could catch their collective breath the band followed with yet another Shaw staple and the final song of the evening, “Renegade”.

With that, the band stepped to the edge of the stage and proceeded to shake as many hands and distribute a few pieces of selected STYX memorabilia to a few lucky fans in attendance. The band took a final bow and walked off the stage.

With that said, about the only thing missing this evening was a drum solo from Sucherman.

Not enough can be said about how a band named after a river in Greek mythology who amassed 17 top 40 hits is still a force well over 40 years after its inception. Not to mention how later this year they will hit the road once again, this time co-headlining a 44 day North American Tour with none other than Def Leppard and Tesla, talk about a triple header. Don’t miss the opportunity to catch them as they make their way around the country. We were certainly impressed.

The Grand Illusion
Too Much Time on My Hands
Fooling Yourself (The Angry Young Man)
Lady
Light Up
Man in the Wilderness
Miss America
Lights
I Am the Walrus
(The Beatles cover)
Blue Collar Man (Long Nights)
Gowan’s sing-a-long medley: Whiter Shade of Pale / You Can’t Always Get What You Want / Bohemian Rhapsody
Come Sail Away