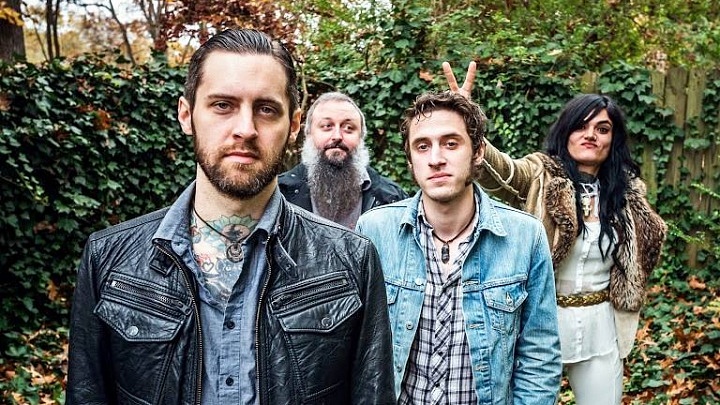 NPR STREAMS CROOKED DOORS IN ITS ENTIRETY NEXT WEEK 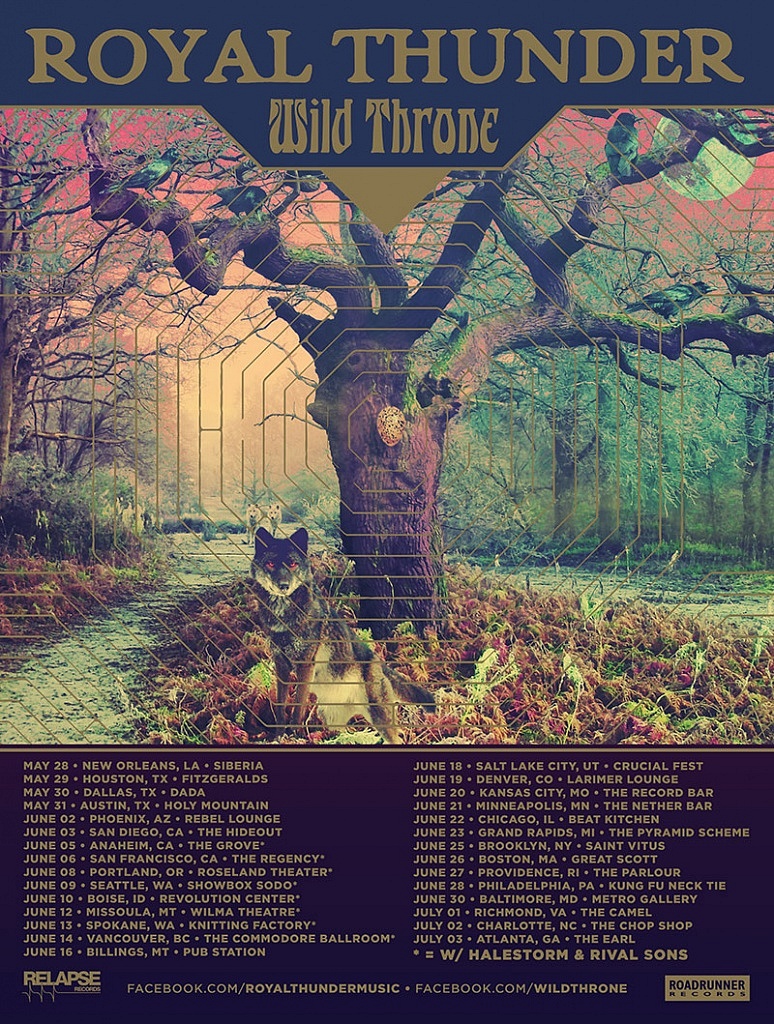 Royal Thunder, who release their sophomore album Crooked Doors on April 7 (via Relapse Records), announce the first North American tour in support of the eleven-song release.

The tour kicks off on May 28 at Siberia in New Orleans and stretches through early July with a previously announced mid-June stint with Halestorm. Opening on all Royal Thunder headlining dates is Wild Throne who recently announced their debut album, Harvest of Darkness, out Aug. 18 via Roadrunner Records.

The tour announcement comes as the band in the midst of sharing new music from Crooked Doors, with High Times streaming  “The Line” today (http://hightimes.com/read/premiere-royal-thunders-line). Decibel debuts “Forgive Me, Karma” tomorrow, followed by Stereogum’s stream of “One Day” on Thursday and Revolver hosting “Wake Up” on Friday. Loudwire shared “Ear on the Fool” yesterday (http://loudwire.com/royal-thunder-ear-on-the-fool-exclusive-song-premiere/). NPR will begin streaming the album in its entirety, with a first listen to “Floor,” “The Bear I” and “The Bear II” on Monday, March 30.

Royal Thunder recently kicked off a series of webisodes, dubbed the “Crooked Sessions,” the videos take fans behind the scenes of the recording of the eleven-song album: https://youtu.be/VKL_3u4-Xq4.

Pre-orders for Crooked Doors are available now with the music available on CD/2xLP/Digital via Relapse (http://relapse.com/royal-thunder-crooked-doors/).  Digital pre-orders (https://itunes.apple.com/us/album/crooked-doors/id963913145) include instant downloads of “Glow,” “Forget You” and “Time Machine.”