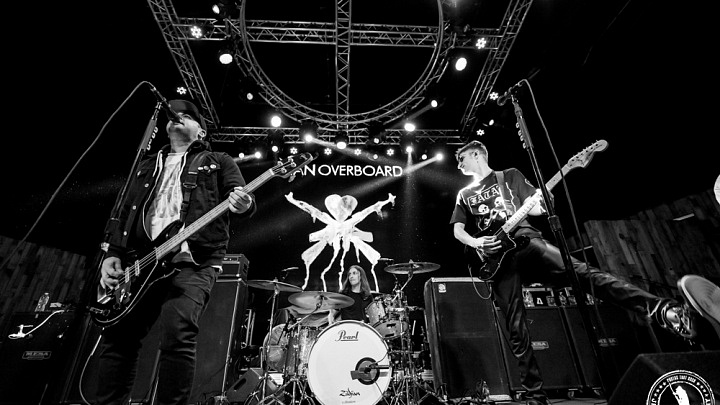 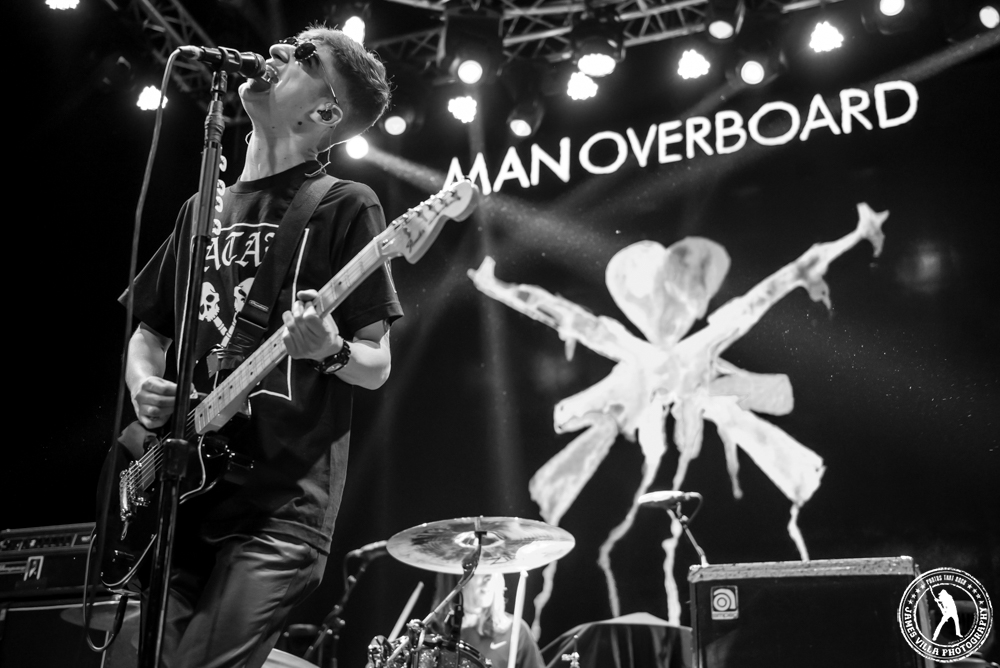 Man Overboard, along with the first opener, Seaway, may not have been the biggest name acts at Gas Monkey Live this Saturday night, though they clearly had their fans.

The place was surprisingly packed to still be fairly early in the night, with a few hundred already packed tightly around the stage before Man Overboard stormed it at 8:40.

Their short songs allowed them to pack a lot into the 30-minutes they got, beginning with “Real Talk”, as they kept zipping through them. Bassist and singer Nik Bruzzese handled some of them towards the start.

There was a lot of angst to their music, something conveyed well by the slightly nasally voice Zac Eisenstein had, which was showcased well a few songs later when he took over on the hard-hitting “Atlas”. They fit the pop punk sound to the tee, delivering a performance where none of them where ever really still, with “Septemberism” being another lightning fast number. The other guitarists Wayne Wildrick and Justin Collier darted around when they weren’t providing some backing vocals during that one. 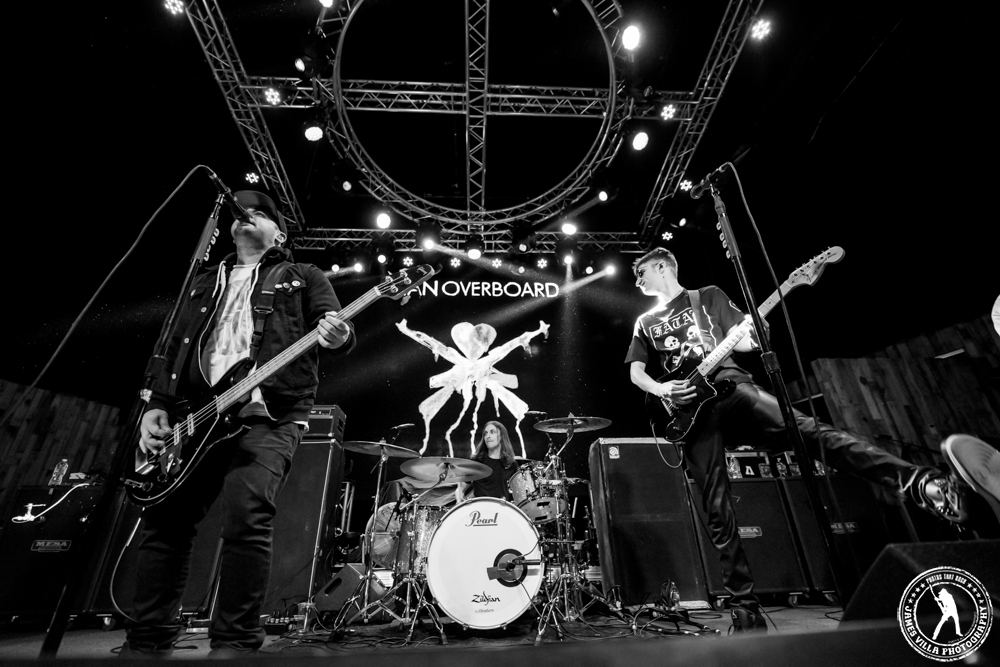 “Thanks so much, Dallas!” Eisenstein quickly told the crowd before drummer Joe Talarico set them off on the high-energy “Dead End Dreams”. I wasn’t familiar with any of their songs, though this one really grabbed a hold of me. It was super catchy; and a lot of people joined along with Bruzzese when he began clapping to the beat.

“Alright, alright, alright, alright,” said Eisenstein as they finished, clarifying who they were and that they had come from New Jersey. Bruzzese then took over, asking that if you had a drink and were old enough to enjoy it, then raise ‘em high, toasting Bayside and their fifteen years together.

“Montrose” showed off just what a slick guitarist Collier was, as he ran his finger up the neck of the guitar after some stellar notes. The next few came in rapid succession, as they slowed things down some on “Love Your Friends, Die Laughing”. Fans then let loose an audible cheer of delight upon recognizing “Where I Left You”. The job of wrapping up the show then fell to another track from their self-titled album, “Rare”. During it, they pumped the crowd up on last time, asking everyone to put their hands in the air. 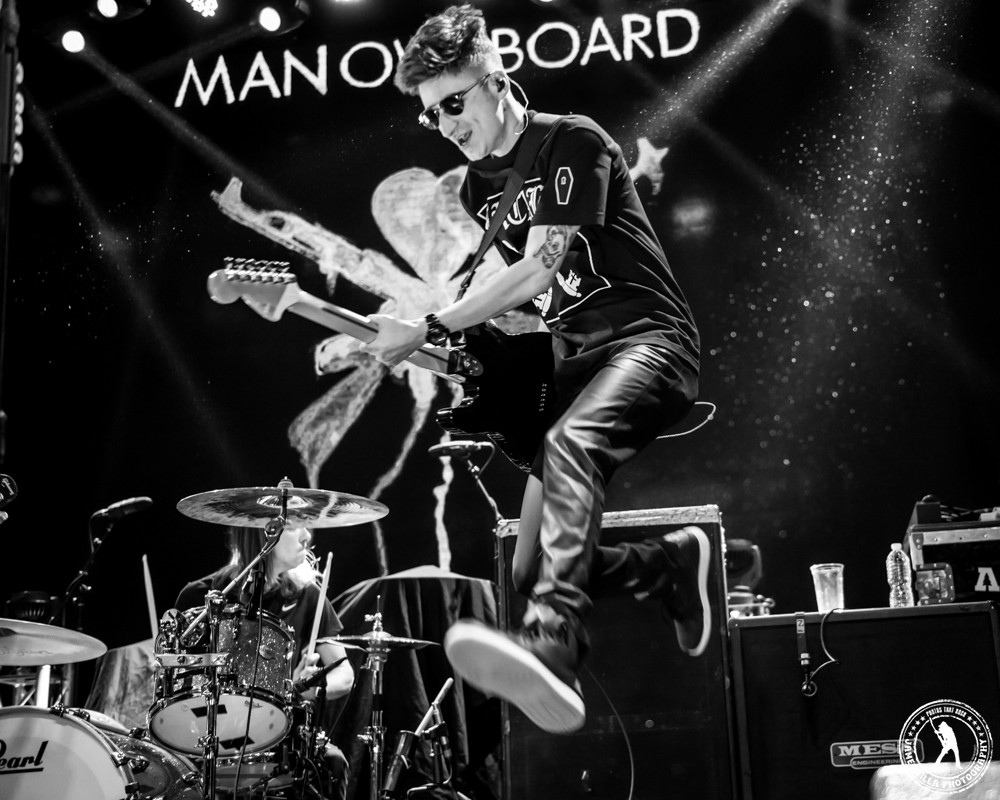 They set the stage well for what was about to transpire.

I had never heard of Man Overboard before this. I had no clue what to expect, though I thoroughly enjoyed what I heard and saw for the short time they had the stage.

It was a solid performance and they never seemed to tire, even though they were clearly giving it their all. They actually appeared as if they could play another thirty minutes if they had been able.

I’d certainly see them again; but for the time being, focus now shifted to Senses Fail and Bayside, who were no doubt going to destroy the place.