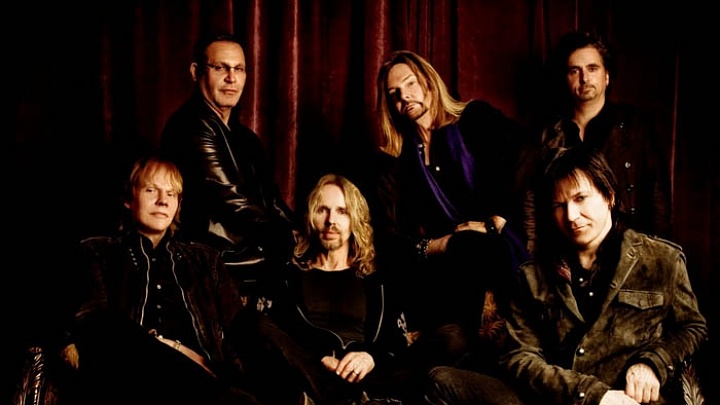 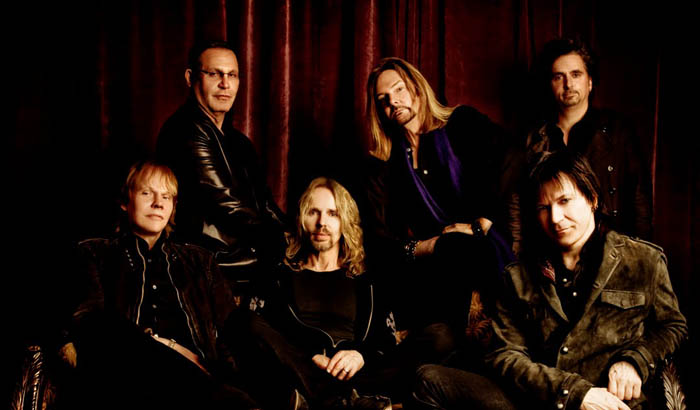 February 24, 2015 – It’s been over two years since a full STYX concert was broadcast on national TV (“Styx: The Grand Illusion/Pieces Of Eight Live” DVD, which aired on VH1 Classic and the Palladia HD channel). Now comes time for a brand new live event that’s set to premiere on AXS TV on Sunday, March 15 at 8pm Eastern Time/5pm Pacific Time.

The band’s show was filmed at the Orleans Arena in Las Vegas, NV in front of a sold-out, adoring audience during last year’s “The Soundtrack of Summer” tour. STYX performed many of their greatest hits, including “Come Sail Away,” “Renegade,” and “The Grand Illusion.” They even dug deep into their catalog for such fan favorites as “Light Up,” and were joined on stage by tour mate and former Eagles guitar legend Don Felder for “Blue Collar Man.” Felder’s show earlier that same night was also filmed for AXS TV, which will air immediately following STYX’s special. Felder’s special culminates with special guest STYX guitarist Tommy Shaw trading vocals and the classic electric guitar licks on “Hotel California.”

“Our 2007 tour with Def Leppard forged a friendship that’s never wavered,” proclaims STYX singer/guitarist Tommy Shaw. “It was such an unforgettably fun experience for us. We’ve all been waiting for the planets to align so we could do it again. Well friends, they have indeed aligned! And this time, those soulful bad boys from Sacramento, Tesla, will be there, too. What a night of music this will be!
Is summer here yet? Come on!”

Guitarist James “JY” Young is equally as excited. “The mutual admiration society between Styx and Def Leppard began in the UK in 1978 when Joe Elliott attended Styx’s first-ever performance in Def Leppard’s home town of Sheffield, England,” he says. “Both bands having emanated from working class beginnings, either on the South Side of Chicago, or the Steel Town of Sheffield, England, there is a natural camaraderie and synergy amongst them. I feel like these guys are long-lost brothers of mine. It’s going to be Guitars A-blazin’ and Drums A-poundin’ regardless of who’s on the stage, featuring arguably the most successful rock band of the late 1980’s, paired with one of the most successful bands of the late 1970s, early 1980s. The ingestion of too much sugar can lead to illness, but ‘Pour Some Sugar On Me’ is a recipe for healthy smiles and a fun night for everyone!!!”

Check out STYX at any of the following stops (with more to be added in the coming weeks):

STYX With Def Leppard and Tesla: