Seether bring down the house at South Side Ballroom 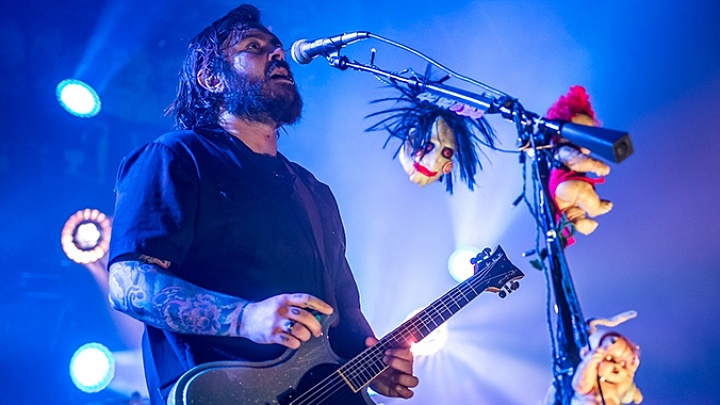 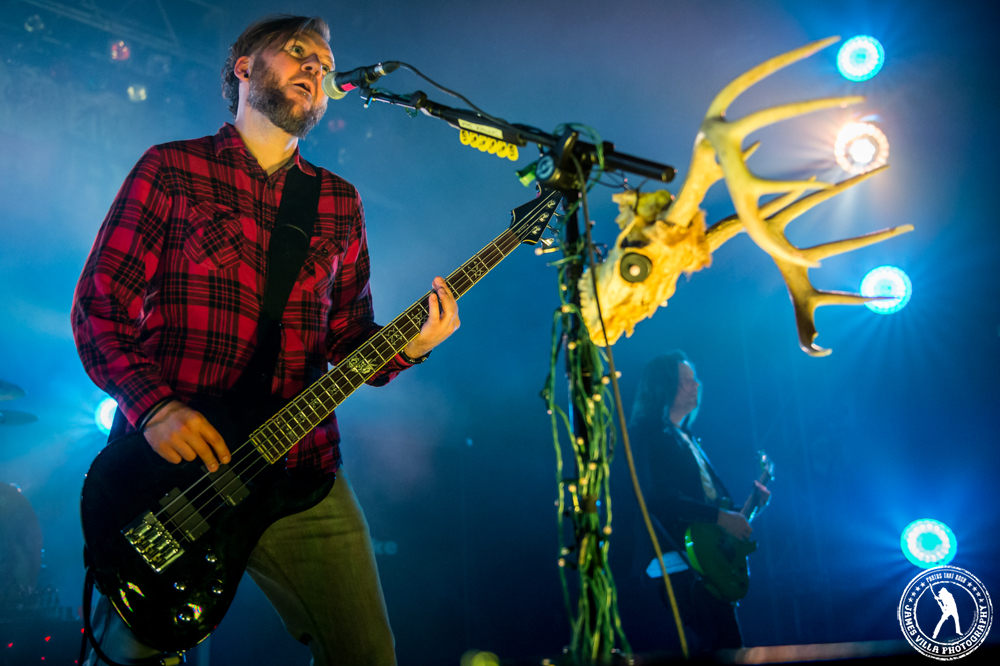 What better way to spend Saturday night then watching one of our favorite bands Seether perform in a mid sized venue co-heading a 21 day tour with none other than Papa Roach.

As the hour neared we made our way through the long line that had formed oddly enough earlier than usual at the South Side Ballroom in Dallas, TX. At first glance you would have thought the weather would be a factor but by the crowd’s cheerful appearance and conversations it was evident that they were ready for what the evening had in store for them.

Once inside the wait was finally over, and from the moment John Humphrey, Dale Stewart, Bryan Wickerman, and Shaun Morgan made their way onto the stage the crowd put their all into it, almost in unison, as Shaun ripped into the opening riff of “Gasoline” all hell broke loose and it was no holds bar from that moment on.

Before the sold out crowd was able to catch their collective breath the band went right into another track of off of their 2002 album Disclaimer “Needles” as the song ended Shaun let out a noticeable sigh and brushed the hair from his face before tearing into “Rise Above This” a song which clearly has a vested meaning in Shaun’s life. They slowed the pace down a bit to follow up with a couple more from Disclaimer “Fine Again” and “Broken” which rounded out the first part of their forty plus minute set. 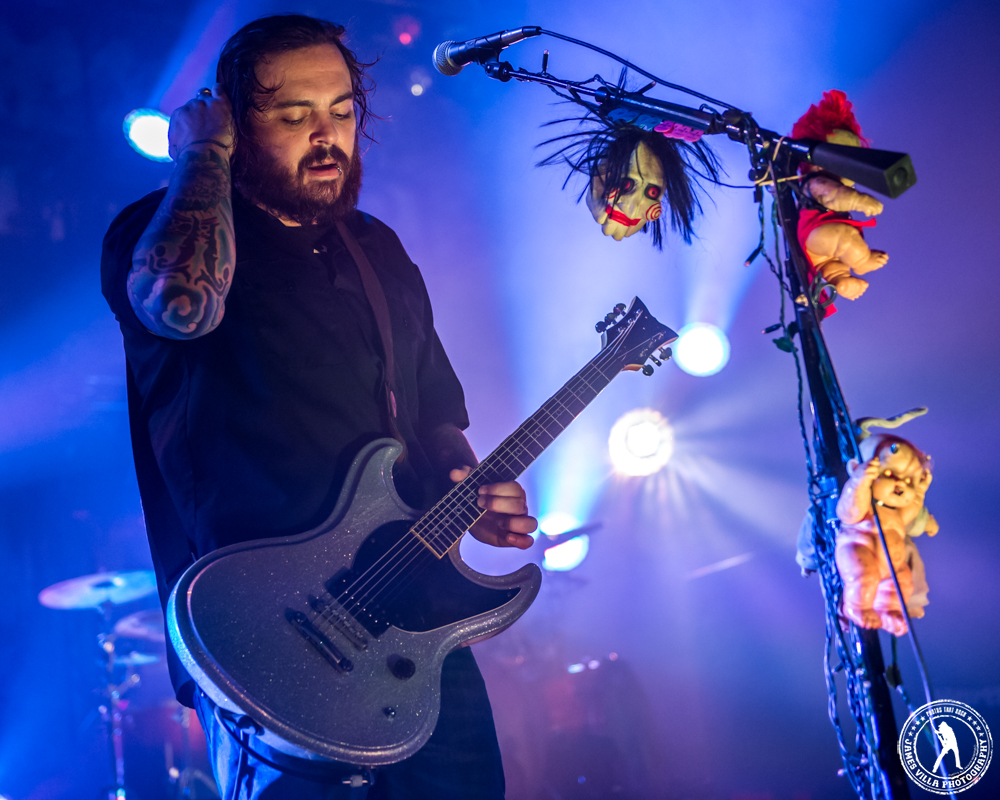 Every band now and then and band will include a filler a song, a song that pays homage to a band that’s inspired them in one way or another. Seether chose to cover a Deftones classic “Change (In the House of Flies)” and not only were they able to pull it off, but the sentiment of the song is truly captured in Shaun’s powerful and melodic vocals which somehow makes the song seem all their own without renouncing the integrity of the original.

Now midway into their set the band showcase a couple from their 2014 release Isolate and Medicate “Words As Weapons” and “Same Damn Life” at no time did John Humphrey’s drum assault wane or Dale Stewart’s stage presence fail to impress the capacity crowd. Oddly enough the what appeared to be the highlight of the evening was the 2011 single off of Holding Onto Strings Better Left to Fray “Country Song” the crowd seemed to have a truly vested interest as they once again went into overdrive. Seether closed out the evening with “Fake It” and “Remedy” which left the crowd anticipated a much deserved encore, as the band made their way off stage, the shouts of anticipation were there but they would not be answered this evening. 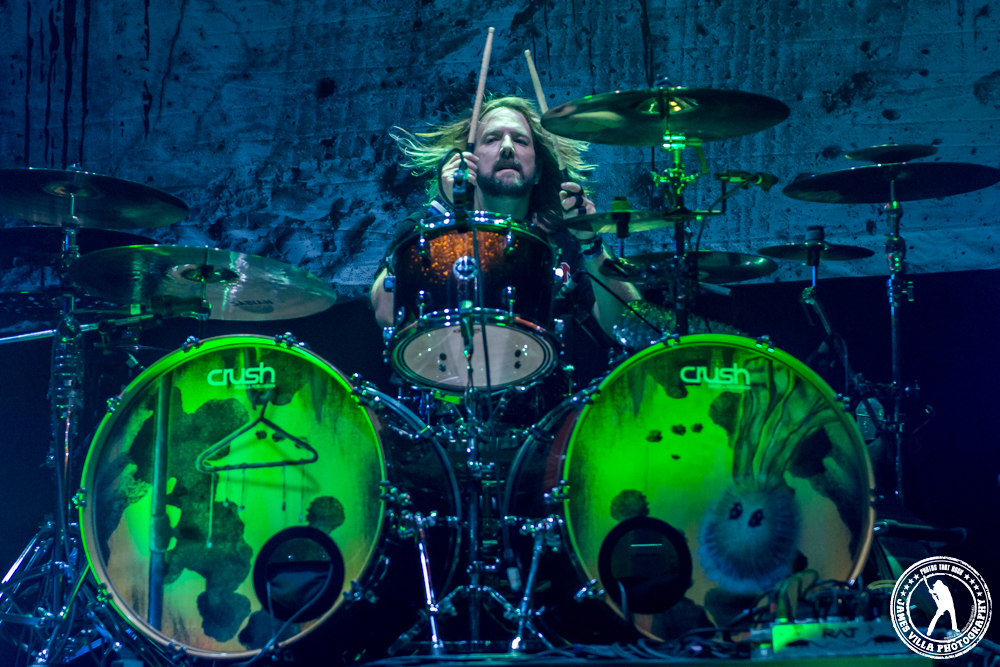 The band eleven song setlist covered every facet of their 16 year career, about the only thing missing from the evening’s powerful setlist was “Driven Under” and “Pride” tracks requested by many in attendance between songs, but even without said songs Seether has a way of shinning in smaller venues, this being my eighth time watching them perform, really put their live show into perspective, not too many band are able to just rock out without relaying on gimmicks or pyrotechnics, but Seether has found a way to make it seem effortless and somewhat commonplace to put on a show without all the bell and whistels. Eight shows later I’m even more impressed with the South African bands command of the stage and loyalty their fans bring show after show.