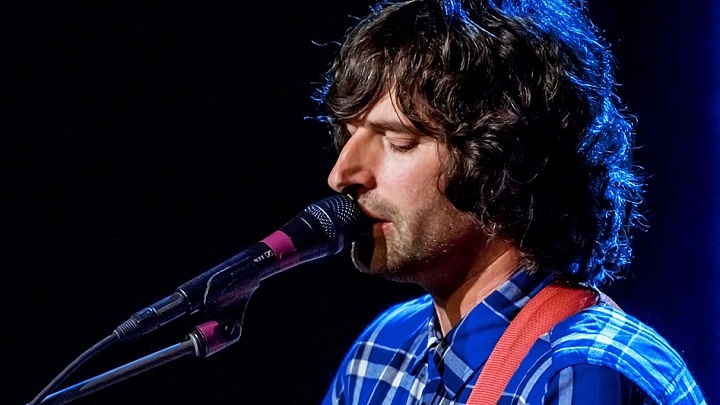 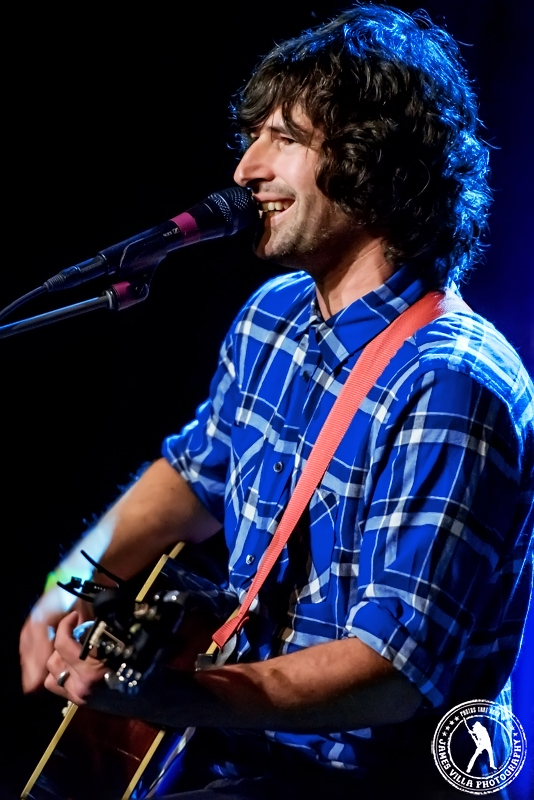 It had been a few years since Dallas had seen Pete Yorn last, and on this night, he made sure to remind his audience that this was still one of his favorite places to play in the state of Texas. In his simplest form possible, Yorn walked over to his stool, took a seat and greeted the capacity crowd at the Kessler Theater. This one had sold out rather quickly by most standards.

He offered a short “Hello” and on his way he went.

Yorn wasted no time with formalities and went straight into “All at Once”, a track off his sophomore album, Day I Forgot. He strategically put a short pause near the end of the song. As the premature claps and cheers rang out, he proceeded to finish what remained of the song and went directly into “Life on a Chain”, to which the crowd obviously had a strong connection with.

The mood of the patrons was a bit tense and low-key at first, which seemed to garner Yorn’s attention. He spoke about how much he enjoyed being back in Dallas and reminisced about the last time he was here, prior to touring with his other band, The Olms.

After “Paradise Cove”, he discussed how the cover of Warren Zevon’s “Splendid Isolation” came about, crediting Zevon’s son, Jordan, for a hand in selecting the song for him [Yorn] to cover as part of a tribute album. He then grabbed his neck rack — a harmonica already in it — from the stool directly to his left and let the instruments and his voice handle the rest. 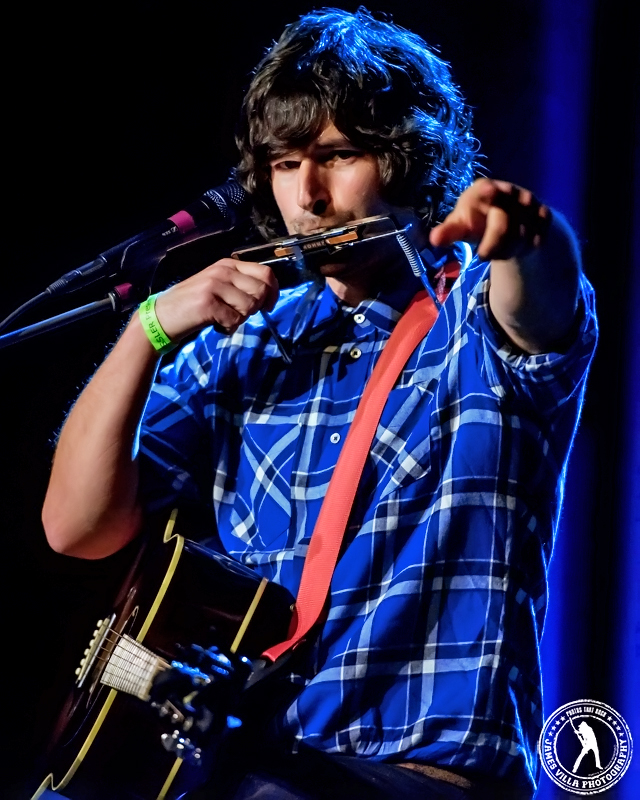 Afterwards, Yorn took the opportunity to break the somewhat conservative audiences’ demeanor and spoke of a time in his early career when he would visit and watch bands play at Cafe Largo in Los Angeles. He said he would watch a friend perform and no one would talk, yet every time he would play, he’d invite his friends and they would all of a sudden start chatting it up.  The crowd laughed and seemed to take note as Yorn played “Just Another” from his debut musicforthemorningafter album, followed by “Burrito”. He stated that latter song was a bit controversial, so he had to add some type of food element to the track.

By this time, he had fully taken control of the crowd. He joked about how “Undercover” was part of the Spiderman soundtrack, but wasn’t really part of the movie. “…Maybe because of the mask, you know, undercover,” he said, almost wondering aloud where the title, and even inspiration, had come from. “I know I wasn’t inspired to write it because of the movie,” he finished. The crowd let out a collective laugh, and that would be last we would hear from Yorn other than a couple of “thank you’s” and “This one’s called Closet” until the end of the show. 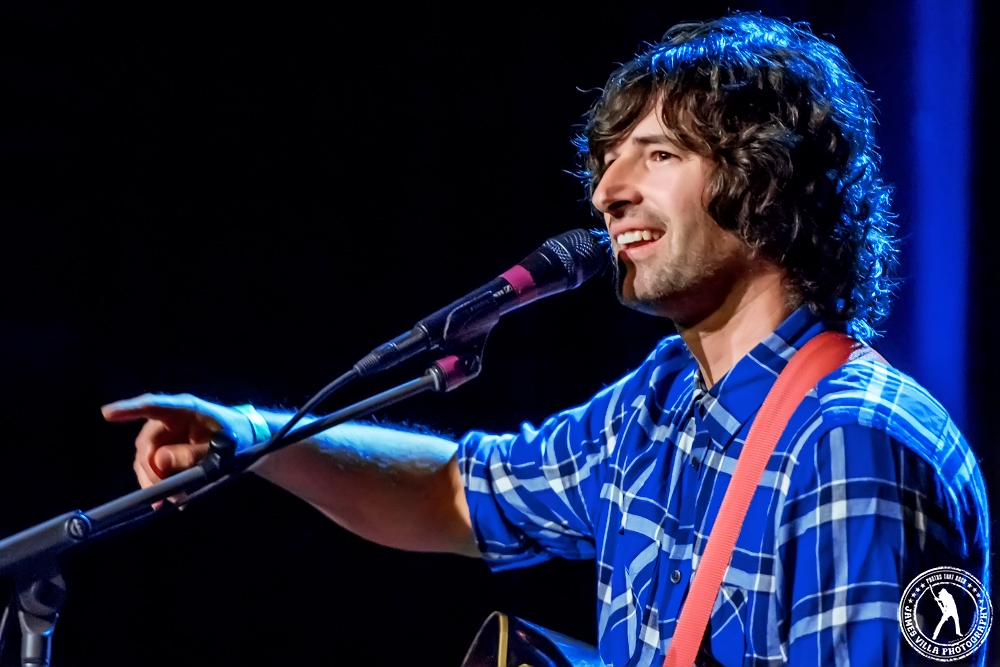 “Undercover”, “Pass Me By”, and a song which he stated might be on the new album he’s currently working on, “Lost Weekend”, followed. “The Man” — which ironically received the loudest reaction from the crowd — got things going again. “Love Way Down”, “I Feel Good Again” (a Junior Kimbrough cover), “Closet”, and “Social Development Dance” were some of the other songs on the set list this night, as well a rendition snippet of Springsteen’s “Atlantic City” which led into “Murray”, which rounded out what seemed to be the shortest set I’ve ever been a part of.  Looking at my phone I then realized he had not only played a flawless set, but had also managed to make an hour show feel like 20 short minutes.

He left in almost the same fashion as he had taken the stage, thanking the crowd and then walking off.

However, the crowd made it known that they had no intention of leaving anytime soon. The cheers of “Encore!” grew louder and louder by the minute. After a short five-minute break, Yorn was back out and ready to please. 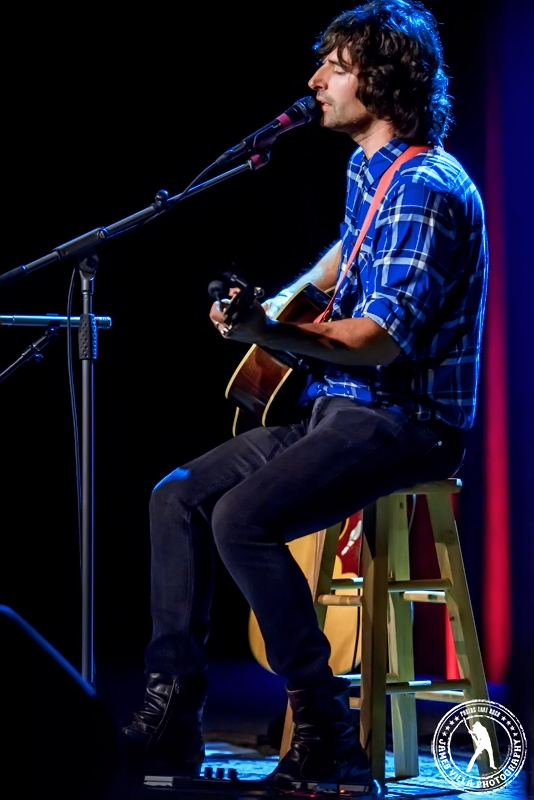 A lot of encores consist of just a few songs these days, though he had what was almost another mini set planned. “Strange Condition” and “June” were some of the cuts he broke out; and while Scarlett Johansson was sadly not present to sing “Relator” from their 2009 collaboration, the song was no less stunning. His 90-minute set was then capped off with another crowd favorite of this night, “For Nancy (‘Cos It Already Is)”.

It’s not often that you find yourself at a loss for words at a concert in general, let alone at something as stripped down as an acoustic show. I, for one, have always found them hard to sit through. There is a certain predetermined vested interest one must bring when watching an acoustic performance.  Yet seeing Pete Yorn finesse the crowd and make it all seem as effortless as he did this night really made me reconsider what entertainment and showmanship are all about. Every night he takes the best tracks from his career thus far and arranges them in a way that makes you want to see the show again the next night, just to make sure you don’t miss something else, like “Seventeen”, which was absent from the set Dallas got.  Looks like a road trip is in the works.

If you’re a fan of stripped down, acoustic, no frills shows. Be sure and catch Pete Yorn, you’ll be glad you did.