John 5 let’s his guitar prowess do the talking at Click’s Live in Tyler, TX 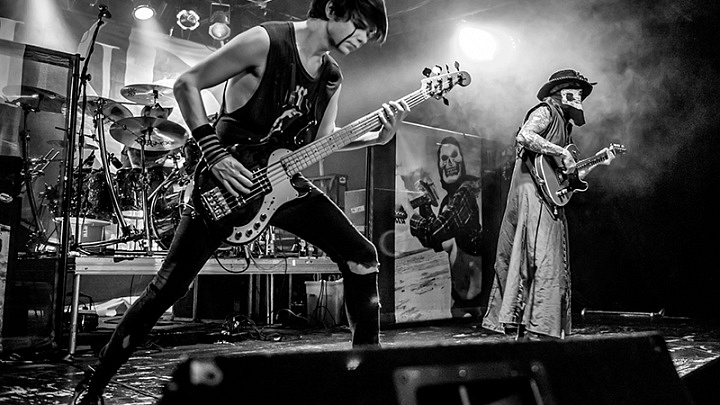 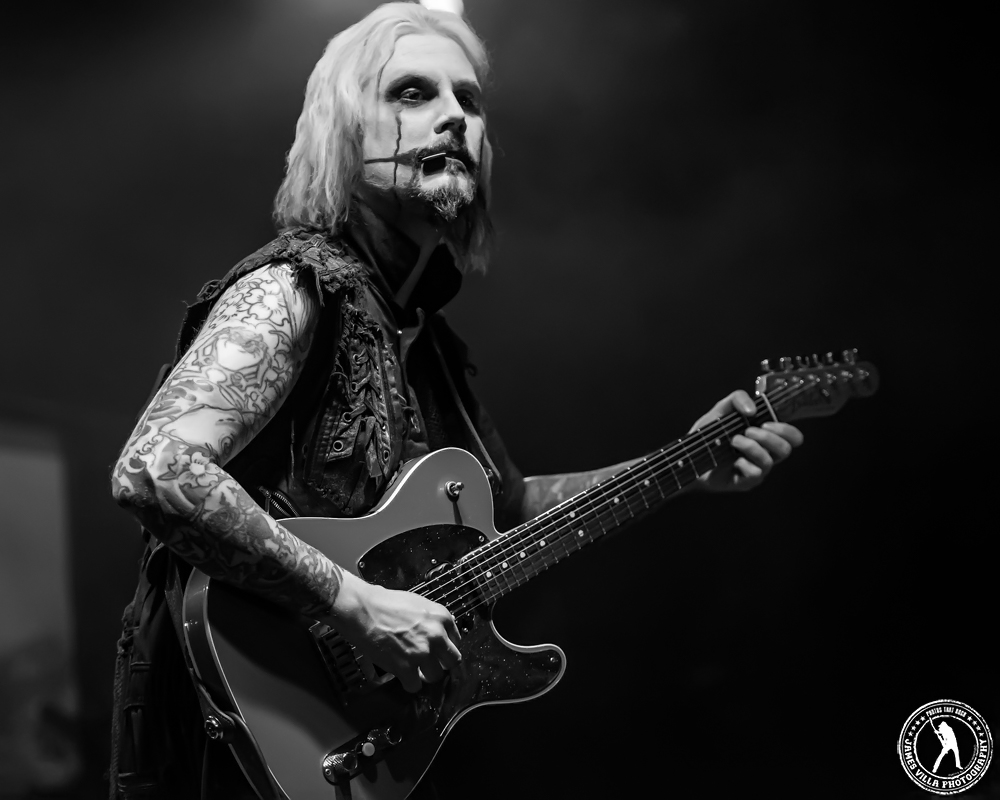 I’ll be the first to admit that I have quite an eclectic taste for music, so I tend to listen to just about anything. It’s not hard for me to just hit random on my music library and have someone run into my office and say, “Wow! What is that?!” or “Wow… What is that??” Either way, I find that it makes me a better writer and it also allows me to catch a wider variety of show.

So, when I was asked to cover John 5 at Clicks in Tyler, TX on a Friday night I thought, “I love Marilyn Manson and I love Rob Zombie. This should be a pretty interesting blend of both. I can’t wait!” However, what I didn’t know was that this show was strictly an instrumental performance until the day of, when my passenger clued me in. Needless to say I wasn’t really looking forward to this, no research and no clue on what to expect. I knew I would have my work cut out for me.

When we arrived at Clicks a considerable crowd had already gathered around the stage; and much to my surprise, many of the people in attendance were just as curious about what evenings performance would bring.. Yet other’s showed up knowing exactly what they were there to see. The variety of t-shirts worn by those in attendance truly showed the diversity of the audience. The room quickly began to fill to capacity and all the talk was quickly building my curiosity and enthusiasm for what would follow.

As “We Need To Have A Talk About John” played over the PA, John 5 and The Creatures made their way onto the stage. The crowd let out and enthusiastic collective cheer and J5 proceeded to let his fretboard prowess do the talking for him. 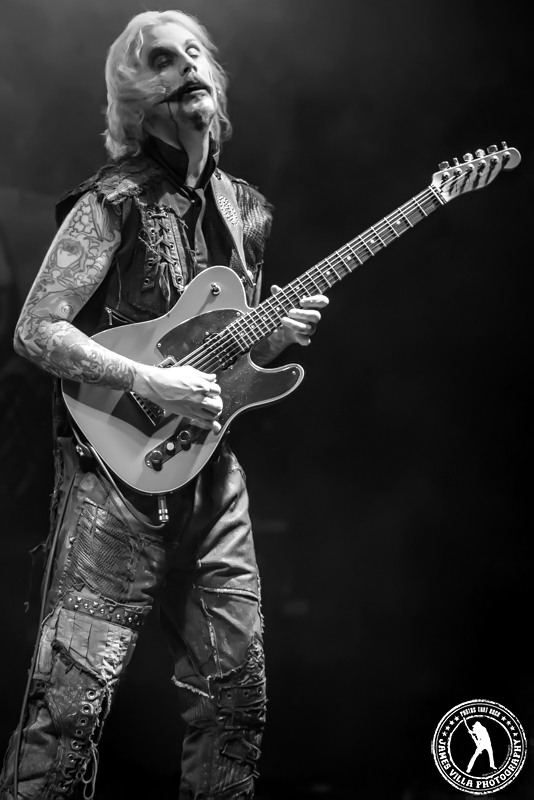 With each guitar that J5 brought on stage, the added elements would directly affect his demeanor. He wielded the sound though the PA, feeding the crowds insatiable desire to hear more.

John’s set list included all but one track off Careful With That Axe. Some of our favorites this evening were “El Cucuy” — it’s flamenco influence was riveting and soothing all at once, yet songs like “This Is My Rifle” and “Portrait of Sidney Sloan” showcased every element of John 5’s hard and heavy guitar playing.

Even though John didn’t have much too say this evening, patrons didn’t seem to mind one bit. He spoke briefly and jokingly, like mentioning that we were just witness to the longest first song ever and later commenting on his cover of Jerry Reed’s “Jiffy Jam”. 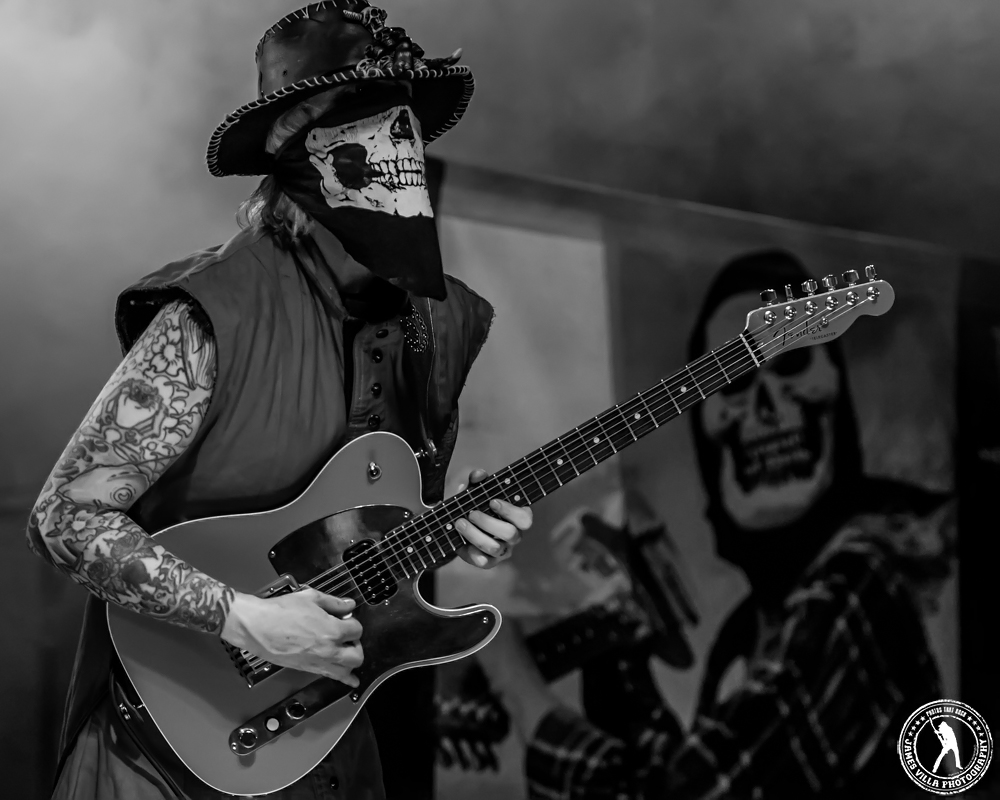 John took one final opportunity to address the crowd at the end of his overwhelming popular cover of Michael Jackson’s “Beat it”, letting the fans know, “This will be our last song, there will be no encore. I’ve never been a fan of encores. Instead, we’re going to play a short medley. See how many songs you recognize.”

John made short work of a medley of covers, which included tracks from Marilyn Manson, Black Sabbath, Metallica, and Judas Priest to name a few. When the shows sixty plus minute set ended, John held up his guitar and proceeded to shake a few hands before he made his way off the stage.

Other than a couple of wardrobe changes, J5 kept the crowd enthralled and focused on every triad and pull-off that he flawlessly executed on any given song. The absolute mastery of his instruments made the evening a success for both the audience that came to watch the virtuoso, and the maestro, who wielded the axe like no one I have seen in quite some time, and I’ve seen plenty of incredible guitarist in my time. 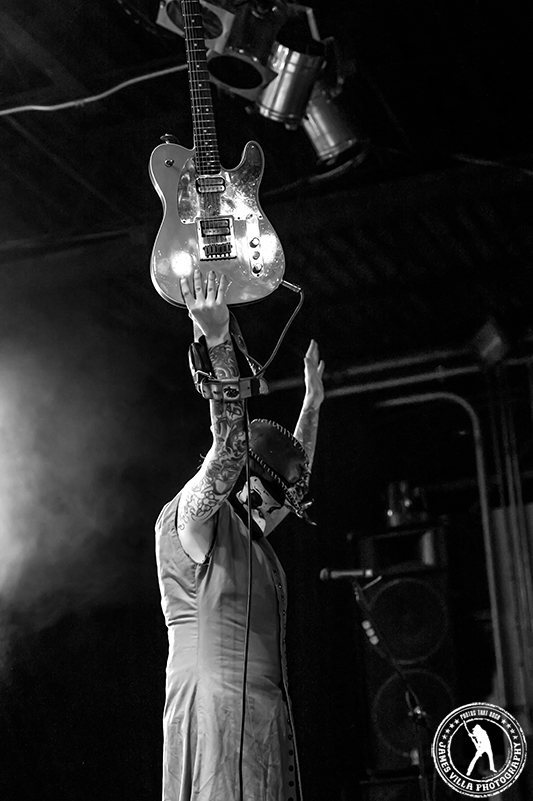 There was actually one point that J5 brought an audience member on stage and gave the young lady an opportunity to show her stuff using his guitar. It’s those elements that made John 5’s performance so special. I mean, it takes a huge amount of confidence to first get someone on stage and let them use your instrument (which is probably as precious as a child) and second not worry about the person perhaps abusing the sudden opportunity to try to upstage you.

There’s no mistaking the uniqueness and subtleness that John 5 has honed on this tour, his accompanying musicians Rodger Carter on Drums and Ian Ross on bass (The Creatures) compliment both his humble character and larger than life persona. Even if you aren’t a fan of instrumental shows or any of his aforementioned collaborations, you’ll be hard pressed to have an excuse not to attend a least one performance during his current run. This is one show you can’t afford to miss.