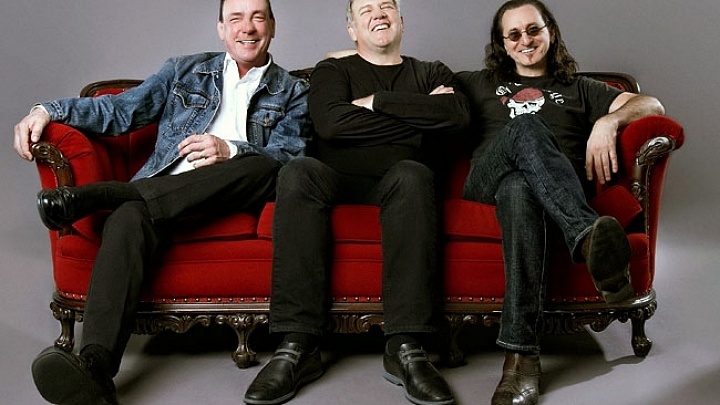 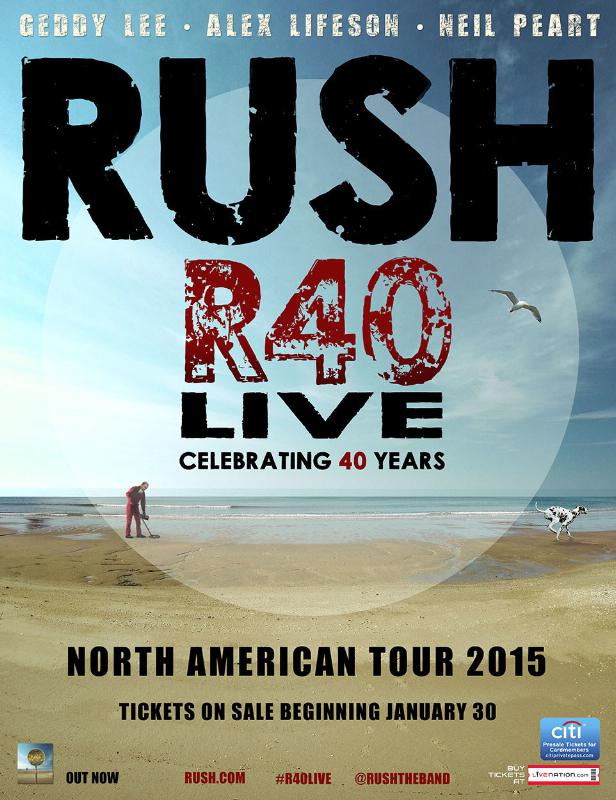 Celebrating 40 years, Rush and Live Nation confirmed today that the RUSH: R40 LIVE TOUR will visit 34 cities throughout North America this summer beginning May 8 in Tulsa, Okla. and finishing Aug. 1 in Los Angeles, Calif. These not-to-be-missed concerts will highlight four decades of the band’s music. Tickets for the RUSH: R40 LIVE TOUR will go on sale starting Jan. 30 in select markets at Ticketmaster.com and LiveNation.com (complete itinerary follows).

Over the course of their amazing career, Rush has lived a lifetime together, providing an influential soundtrack to many of their fans’ lives. Some have been with them since the start, while others have discovered them along the way and delved into their incredible body of work. To quote Dave Grohl from their momentous induction into the Rock and Roll Hall of Fame, “Rush built their following the right way. No hype, no bullshit, they did it from the ground up. Their legacy is incredible and their influence undeniable.”

After 40 years together and 20 gold and platinum studio albums, Rush is ready to celebrate with the most loyal fans in the world by embarking on their 21st tour, one that will most likely be their last major tour of this magnitude. Celebrate four decades of music with three incredible musicians—all in one night.

Rush’s vast catalogue includes such classics as 1974′s self-titled debut, 1976′s 2112, 1981′s Moving Pictures, 1996′s Test For Echo and 2002′s Vapor Trails. Rush released their 20th studio album Clockwork Angels in 2012, via Anthem/Roadrunner Records. The critically acclaimed collection marked their first studio recording since 2007′s Snakes & Arrows, and debuted at #1 in Canada and #2 on the Billboard 200, matching the highest chart debut of the band’s career. Known for their energetic live shows, the most recent Rush release was the R40 collector’s boxset, including live footage spanning all four decades of the trio’s career, with over two hours of unreleased material and a rare performance of the seven-part version of “2112,” packaged in an impressive 52-page hardcover book.

Their longevity has served a pop culture renaissance, with the band’s rare television appearance—their first in over 30 years—on Comedy Central’s The Colbert Report, tributes on South Park and a memorable cameo in the film I Love You, Man.

A live review from their most recent Clockwork Angels tour boasted: “the power-trio interplay could put guys half their age in the burn ward.” The Globe & Mail declared Rush as “one of the few bands anywhere that just keeps getting better.” A career-chronicling Rolling Stone feature summed up the renowned rock trio’s continuing artistic vitality by observing, “It’s true that Rush doesn’t mean today what it did in ’76 or even ’96. It may mean more.”

Rush has been recognized with eight Juno Awards and seven Grammy nominations, including one for the acclaimed documentary Rush: Beyond The Lighted Stage that also won the Audience Award at the Tribeca Film Festival. The band members were inducted into the Canadian Music Hall of Fame in 1994, made Officers of the Order of Canada in 1996 and inducted into the Songwriters Hall of Fame in 2010. They have received a star on both Canada’s Walk of Fame (1999) and the Hollywood Walk of Fame (2010). In 2012, Rush were bestowed with the highest artistic honor in Canada when receiving the Governor General’s Performing Arts Award. To the elation of their fans, Rush were inducted into the Rock and Roll Hall of Fame in 2013.